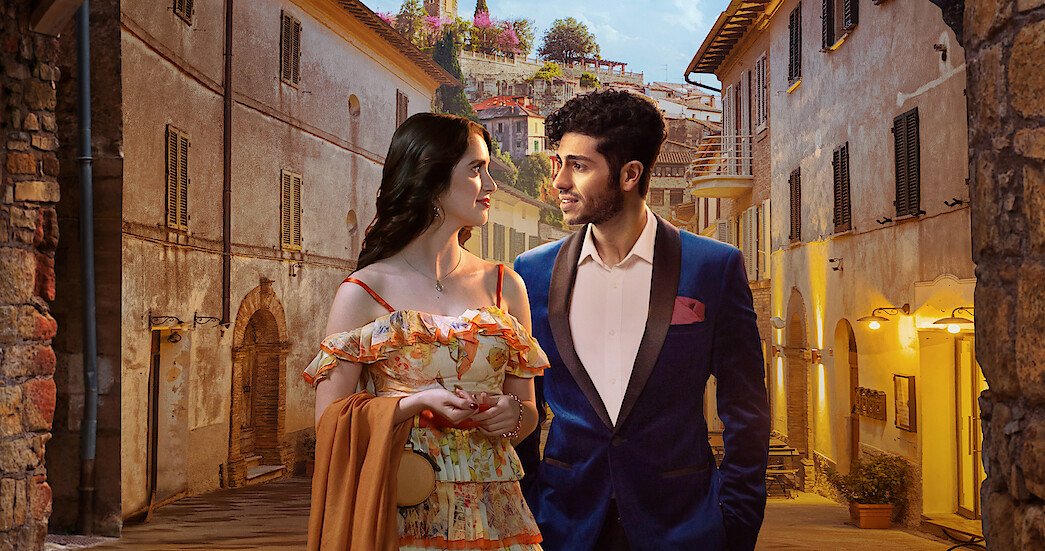 Princess movies have been a part of all of our childhoods and it’s quite often that we still wish to go those beautiful rides filled with royal palaces, princes, those lovely weddings, and all of those princess adventures. An urge to find the prince charming still stays in many of our lives and that ends us up in front of all those fantasy princess movies. Princess movies basically belong to the rom-com genre and Disney has always had a big hand in contributing to this genre. though not all princess movies are fantasy-based, some of them also include present-day prince falling for a commoner and many more such kinds of stories.

Netflix has been one of the biggest streaming platforms of all time and the following are the top 10 princess movies that are currently available on Netflix.

A Christmas Prince is an absolutely fantastic work that has got a huge fanbase through its IMDb rating is just 5.8 out of 10. The movie was released in the year 2017 and depicts the story of a reporter who tries to cover the life of a rumored playboy prince, but soon throughout the movie because of her true journalist spirit ends up finding that all the rumors about the prince were false. Soon they fall in love though towards the end there is a complete mess up as because of Andre, Richards’s adoption is revealed to all and thus he can’t be crowned as a prince anymore.

Though Andre takes up the responsibility to prove how much Richard deserves being the prince through one of his father’s poems and we get a beautiful happy ending where Richard goes after Andre to Andre’s father’s home just to confess his love for her.

This movie dates back to 2004 and is still one of the best movies on the entire list. The movie has received a 6.3 IMDb rating which is quite moderate and has got a pretty huge fanbase too. The show is mainly about Ella a commoner who is blessed with the gift of obedience. She follows everything that she is said to but that ends up being problematic when prince Chad ends her inviting her to his coronation and her stepsisters being jealous makes the scene entire chaos. The story continues with Ella determined to undo her spell and, on her journey, she ends up falling in love with Chad and the same goes for Chad.

Though there is a plot twist where Chad’s uncle commands Ella to kill Chad she doesn’t want to so she leaves and ends up getting chained to a tree, but soon towards the end, there is huge chaos where Chad gets to know that Ella is trying to kill him while Chad was trying to propose her. Will Chad and Ella ever be happy together or will Ella’s obedience destroy her love, is a question that is only revealed at the end of the film.

This is a classic rom-com that is available on Netflix and was released in the year 2018. The show has also got a 6.1 IMDb rating which is quite moderate and will interest many of the audience who love cooking. The show is based on a talented baker named Stacy who decides on participating in a cooking competition where she is firstly insulted by her former rival Brianna but then is struck by the looks of the would-be wife of the price of Belgravia Margaret. They quickly crack a deal where Stacy ends up being the prince whereas Margaret ends up living a commoner’s life.

Throughout their journey, Stacy ends up getting close to Prince Edward and through a lot of chaos and Brianna’s evil games, Stacy manages to survive the entire situation. Towards the end of the movie, we see two happy couples Stacy and Edward getting together, whereas Margaret has plans with Kevin (Stacy’s friends) about their marriage.

This is another unique and beautiful movie that is animated and would touch everyone’s heart. We have all seen Cinderella, snow-white, and sleeping beauty, but none of us has thought much about the prince’s background story. this animated series is about the same prince who has been the classic handsome dream guy for many and his backstory. his name here is charming and he isn’t able to find his true love due to a curse for which his father sends him on a quest where he meets a thief named Lenore, who is also cursed with never to find true love, though they travel through all those adventures together, the guardians of the suitors of charming also bribe Lenore to bring charming to them but soon they both realize that they both are each other true love and through a lot of struggles they end up together.

This movie is a Philippine classic rom-com and is surely worth a watch for all. We all have got some dreams about living like a prince or princess and here a con actress named Reese actually gets a lifetime opportunity when she meets an identical runaway princess named ulap from the kingdom of Oro. They soon end up cracking a deal and Reese ends up going back as the princess. Though when she reaches there and starts living the life of a princess, she slowly falls in love with a reporter there who is trying to make a documentary over the kingdom. Their journey for love becomes quite a bumpy one as ulap’s identity will soon get revealed to him. Will it be a happy end or a sad one will only be found out at the end of the movie.

This is a 2022 rom-com movie that makes people still believe that dreams come true and there may be a prince somewhere who will come riding a horse for you someday. The story is about a hairdresser who is in need of a lot of money and ends up being invited to groom the prince of Lavania before his marriage. Though Thomas and Izzy slowly start getting close as Izzy tells him about the funs a normal person can have though when this is realized by the royal family she is sent off. Soon Thomas realizes who his true love is and ends up seeking Izzy. The story ends with both of them riding on horseback while eating gelato together.

4.  A Princess For Christmas

This is another movie that is unique from the other movies on the list. This is a story of a woman named Jules who is in financial crisis and becomes the guardian of her niece and nephew after their parents pass away. Though soon they received an invitation from their wealthy grandfather to spend the Christmas holidays together which Jules is resentful, at first but soon accepts. There is a lot of chaos after arriving there the kids though end up slowly warming the hearts of Edward (grandfather) and Jules ends up falling in love with his late brother in laws brother prince Ashton. Though there is a lot of chaos we receive a happy ending where Jules and Ashton end up together and make the family complete.

3. The Knight And The Princess

This is the only Egyptian movie on the list. The movie has received a 5.9 IMDb rating which is quite moderate and the story is mainly based on a warrior named Mohammed whose main goal is saving women and children from pirates, but through one of the adventures he ends up saving a princess and falling in love with her. Though his journey for love is quite bumpy where he needs to fight against a huge tyrant for the woman she loves, we do receive a happy ending at the end of the movie.

This 2001 movie is must watch for all and is based on the life of an unpopular high school girl who soon ends up being very popular among her peers along with her crush when it is revealed that she is the would-be queen of Genovia. Though through a lot of struggles and realizing that her crush is only interested becau8se of her position, she ends up finding her true love that is Michael, and accepts her position as the princess of Genova with many great plans for her new kingdom and understanding the meaning of true love. The movie has received a 6.3 IMDb rating.

1. Christmas With A Prince

This is another classic romance genre movie that was released in 2018 and has received a 5.2 IMDb rating. the story is mainly based on a pediatrician who is taking care of children in her ward and is very dedicated to her job but soon is forced to take care of a royal prince who broke his leg while skiing. Though there is a very rough start to their relationship, they soon start getting closer and the Christmas spirit makes everything lovely and beautiful at the end of the movie.

ALSO READ: 12 SHOWS LIKE RAISING DION THAT ARE MUST-WATCH!