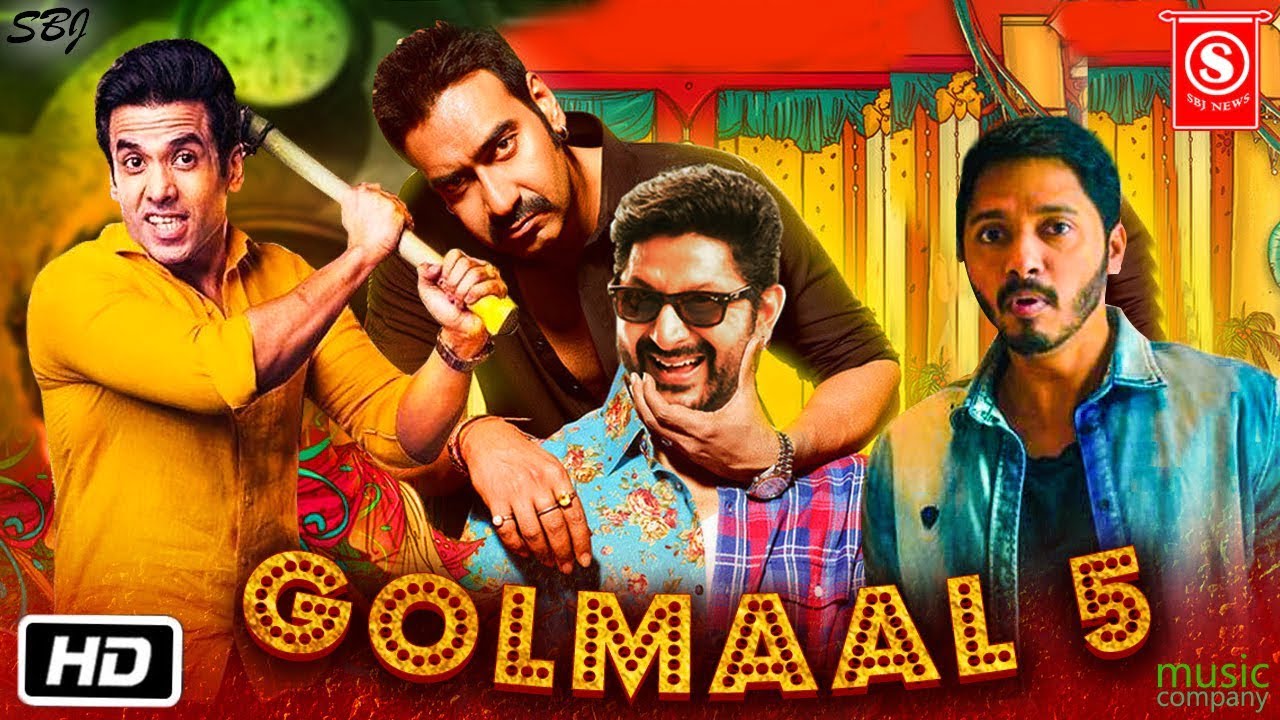 Golmaal is an Indian comedy franchise. It is directed by Rohit Shetty and first produced by Dhillin Mehta and later by Rohit Shetty and Sangeeta Mihir. This movie has four parts. The first part of the movie, named Golmaal: Fun Unlimited was released on 14 July 2006. The second part, Golmaal Returns was launched in the year 2008 on 29 October. Then the third portion named Golmaal 3 was first released on 5 November 2010. And this part was the second-highest-earning Bollywood movie of 2010. The fourth installment of the movie named Golmaal Again was premiered on 20 October, on the occasion of Diwali in 2017. This franchise has a huge fan base and fans are now waiting for the fifth part of the Golmaal series. Today, we will tell you about Golmaal 5 release date, cast, trailer, and everything.

Golmaal franchise has been defined as a screwball comedy franchise. And this is the fifth franchise, which has four parts after CID 999 Franchise, Major Mahadevan Franchise, CBI Franchise, and Raaz Franchise. Golmaal also has an animated version for kids named Golmaal Junior. Now, let’s start with the other important information.

Golmaal’s three parts were launched at the gap of two years but the fourth part took seven years to release. The last part which was the fourth part was launched on 20 October 2017. And the makers confirmed the release of Golmaal 5. It will hit the screen in the coming future but no official date has been announced from the side of the makers.

Considering the last four parts of the movie, all of them were hit. The last part of the movie didn’t make that much money, but believe me when I say that, Golmaal Franchise has gained a different level of popularity all over the world. So, bringing a new part of the movies is not going to be a big deal for the makers. So, there are great chances that the Golmaal 5 will release, but no release date has been announced, so we have to wait until the makers decide to bring a release date.

The female actor for a particular role has not been decided yet. But in every part, there is a different female actor was shown in the lead character. Kareena Kapoor appeared in the two parts whereas in the last part Parineeti Chopra appeared as Khushi Bansal. Rumors said that Kareena Kapoor may return for the Golmaal 5 also. Some recurring actors like Sanjay Mishra, Mukesh Tiwari, and Vrajesh Hirjee were shown in playing different characters in all four parts.

The crew members of Golmaal Franchise, who may go to play their parts in Golmaal 5 also, are as follows:

The movie is supposed to hit the screens in 2021. Rohit Shetty’s movies are always ready to collect a huge audience on the Box Office. The Golmaal actors said on the launch of Simmba that in 2021 the team might go forward with the production work of Golmaal 5. So, there is no official announcement for the teaser of Golmaal 5. The trailer may be launch twenty or a few days before the release of the movie in 2021.

After the launch of the fourth part, director Rohit Shetty was looking interested in the fifth part also. Rohit Shetty said in one of his interviews that he is waiting for the right script to start a new installment. Ajay Devgan, who is the main lead of the franchise also showed interest in the fifth part. Like, in the “Aankh Marey” song the four main lead, which includes Arshad and Tusshar Kapoor were seen holding their hands and denote the number “5” at the end of the video.

Golmaal is the best comedy franchise Bollywood has. Maybe the fifth part took some time, but till then if you did not watch the previous four parts then must watch them. They will relax your mind and give you some laugh in this stressful routine.