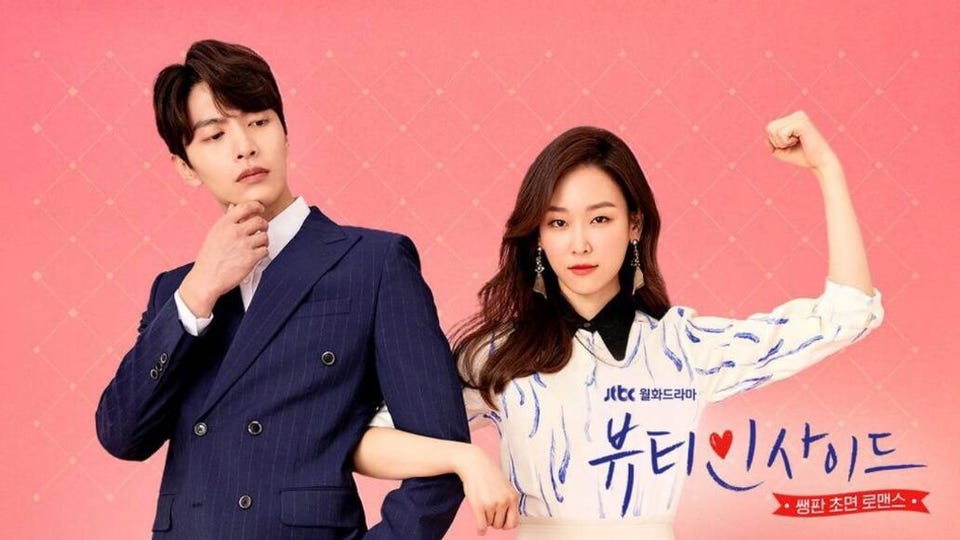 South Korean film industry have given us some blockbuster shows and movies. One of the reasons why they are so popular among the viewers is because of the unique stories and plots. One such k-drama is Beauty Inside. Written by Im Mea-Ri, Beauty Inside is a fantasy romance drama series starring Lee Min-ki, Seo Hyun-jin, Ahn Jae-Hyun, and Lee Da-hee. There are 16 episodes in the series and all of them are directed by Song Hyun-Wook. Currently, all the episodes are available on Netflix.

The first episode of season 1 premiered on 1st October 2018 on JTBC, whereas the finale aired on 20th November 2018. Each episode is approximately 60 minutes long. Beauty Inside is based on a 2015 film of the same name and the concept of the show is pretty much similar, barring a few changes that the directors have improvised. Season 1 of The Beauty Inside had a positive response from the viewers. It has a rating of 7.5/10 on IMDb and 8.4/10 on MyDramaList.

Like most of the other k-dramas, Beauty Inside pretty much wrapped up its whole plot in season 1 itself. It also gained a lot of recognition among the k-drama fans and left them wondering if there will be another season of the same. Since the ending of season 1 was precise, the renewal of Beauty Inside Season 2 is highly unlikely.

All things considered, it is confirmed that there will not be any developments for season 2 of Beauty Inside. The climax of season 1 was satisfactory with no loose threads. However, it is possible for a different production company to make another adaptation of the series but even so, there is no news of such as of now.

Considered as a trouble maker, Han Se-Gye is an A-list actress and a subject of many odd rumors due to her mysterious persona. In reality, nobody knows her secret that she suffers from an extraordinary phenomenon. Every month, for a certain week, her body changes into someone new. She lives a life as a completely different person for that particular week. This is also why she disappears for a few days once every month. However, the rumors surrounding her disappearances never are on point. Only a few of her friends know about her secret and try to cover up for her during these disappearances.

On one certain occasion, she meets Sa Do Jae, a charismatic airline executive. He is smart and attractive and instantly has a connection with Han Se-Gye. However, what is not known is that he suffers from a rare disorder called Prosopagnosia or face blindness. Due to this, he has a difficulty in recognizing the physical appearances of people and therefore resorts to memorizing their mannerisms. But after seeing Han Se-Gye, he could not help but remember her face and eventually both of them fall in love. The story becomes interesting when both of them find out each other’s secrets. And with their arch nemeses trying to bring both of them down, the situation gets difficult for both Han and Do Jae.

The original The Beauty Inside is a 2012 short American web series. It was written by Richard Greenberg and directed by Drake Doremus. The series was developed by Toshiba and Intel with six episodes starring Topher Grace and Mary Elizabeth Winstead. In 2015, a South Korean movie of the same name was released. It was an adaptation of the original show with Baik as the director of the film. In January 2017, Fox 2000 also announced an American remake of the South Korean movie. It will star Emily Clarke as the main protagonist.

The ensemble cast members of Beauty Inside Season 1 include Seo Hyun-jin as Han Se-gye, Lee Min-ki as Seo Do-Jae, Ahn Jae-Hyun as Ryu Eun-ho, and Lee Da-hee as Kang Sa-ra. Other supporting actors and actresses are Lee Tae-Ri as Jung Joo-hwan, Moon Ji-in as Yoo Woo-mi, Ryu Hwa-young as Chae Yoo-Ri, Na Young-hee as Im Jung-Yeon, and Kim Hee-Jung as Han Sook-hee. The executive producers of the show include Jang Kyung-ik, Syd Lim, and Kim Woo-taek.

ALSO READ: When Will Record Of Youth Season 2 Release Date Show Up Itself?