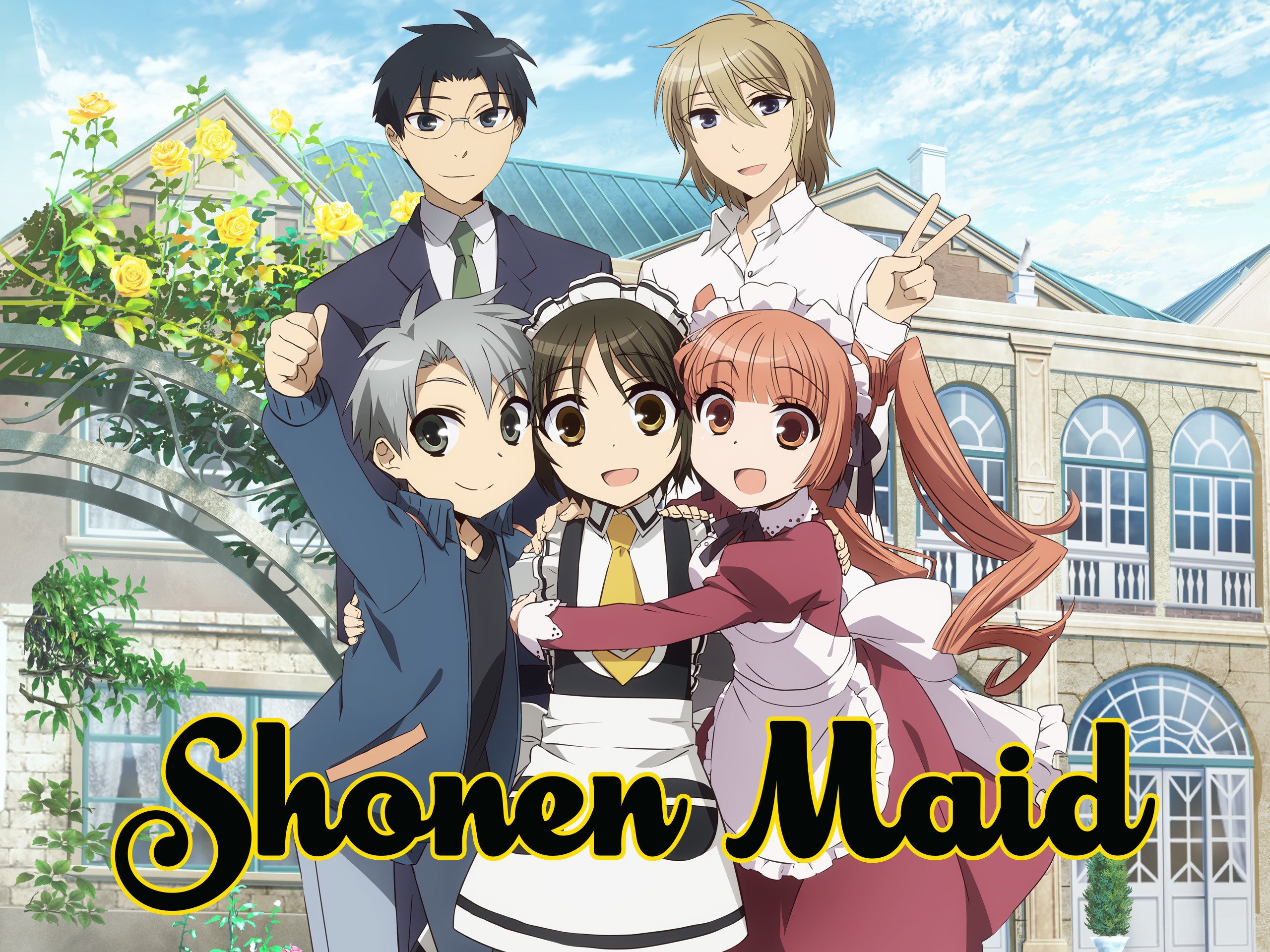 Shonen Maid is a comedy-drama series anime series based on the manga written and illustrated by Ototachibana in March 2008. This anime series was directed and written by Yoshiko Nakamura. Shonen Maid anime was premiered on 8th April 2016 with of total 12 episodes on TBS, CBC, Sun TV, BSTBS, and TBS Channel 1.

After the first season getting huge success now, fans want another fun ride of Shonen Maid. So, is it 2nd season possible?

Well, there hasn’t been any official announcement as of now on the renewal of the show. The author and the creator haven’t updated the series, but this doesn’t mean we cannot see season 2, they neither canceled it. So what are the possibilities of the renewal?

Well, as we all know it’s an adaptation of 10 volume manga, and the creators already used 7 volumes on making season 1, so the studio didn’t have left much content to make, and unfortunately the manga series also came to an end, so from this we can say that season 2 is not likely to be possible. Well, I personally say that they don’t need to unnecessarily stretch the series, it may ruin the taste of this anime.

Chihiro Komiya, an orphaned elementary school student, is left without any close family or even a place to live after the tragic death of his mother. Chihiro’s situation changes significantly when he meets Madoka Takatori, an eccentric rich young man who turns out to be the long-lost uncle on his mother’s side; when Madoka learns that Chihiro does not have anywhere else to go, he decides to take him in and help him.

Chihiro, however, is initially shocked to find that his uncle’s large mansion is all messed up and filled with nothing but trash (as it’s always like that) and decides to hire himself as the official housekeeper while wearing a frilly uniform and receiving as allowance of every month.

As a result of being taught that those who don’t work and don’t eat by his mother, he is mature, friendly, and extremely independent of his age. Although stubborn and short-tempered, he means well.

Madoka Takatori: Chihiro’s eccentric uncle, who lets him stay in his house with only on one condition which is that he will clean the house for him. He is lazy and easygoing but cares deeply for Chihiro and is a kind individual.

Keiichiro Shinozaki: A serious, but kind secretary, he is kind to Chihiro and makes sure Madoka makes his costumes on time. Since childhood he is with Madoka, he is his best friend, and he also likes sushi and pudding (along with a young Chiyo and Miyako).

Miyako Otori: Heiress who was previously engaged to Madoka since her grandfather and the former head of the Otori family was a friend before her father broke it off. Chihiro encourages her to follow her heart because she feels bound by her father and wonders if she is being selfish by not following her father’s advice.

Yuji Hino: His family owns three dogs and he is a carpenter. He is one of Chihiro’s three closest friends. and has silver hair. He is one of six children in the Hino family and has been concerned for Chihiro since his mother passed away.

Shonen Maid is a really funny and adapting anime. You’ll fall in love with the characters, and the rating of this anime is pretty decent as MyAnimeList rated this show 7.3 out of 10 which makes this anime a good show to watch, and not just MyAnimeList but IMDb also give 7.2 out of 10. So there are all critics but what the general audience says, well audience loves this show and rated this show 4.9 out 5, now that’s crazy!!