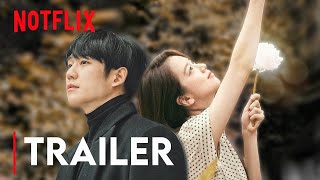 Snowdrop is an ongoing South Korean romantic drama television series. The writer of the series is Yoo Hyun – mi and Jo Hyun – Tak, who directed the series. The story is set back in 1987, which shows the mass protest to hold the fair elections. We soon discovered the main lead to be someone else what they reveal to others. It is available for streaming on Disney + in selected regions. The series is released under Drama House and JTBC Studios production.

ALSO READ: When Is If Loving You Is Wrong Season 6 Coming?

Till now, we have been introduced to the characters and saw that Eun falls in love with him at the first sight. We, later on, saw, that Soo-ho was in the blood of a female graduate student. Some girls hide him in their girl’s hostel room, but later on, we got to know that Soo-ho is someone else. He is not the man which he pretends to others. In the upcoming episodes, his real identity reveals but the duo falls in love.

Jung Hae – in in the character of Im Soo – ho / Ri Tae – san is a 27 years old graduate student of the Department of Economics from the University of Berlin and preparing for a master’s thesis. He is also a North Korean agent, who is sent to South Korea on a mission. Kim Jisoo in the character of Eun – Young Cho is a 20 years old graduate student, who is new at Hosoo Women’s University in the English Department and later on falls in love with Soo-ho at the first sight.