After directing his blockbuster Bahubali: The Conclusion’ in April 2017 he directly started working for his new movie “RRR”. It is based on a fictional story inspired by the life of freedom fighters — Alluri Sitarama Raju and Komaram Bheem. They battled against the Nizam of Hyderabad and the British Raj.

It is placed in pre-independence 1920s India, ‘RRR’ stars Ram Charan and Jr NTR as the youthful forms of pioneering freedom fighters Alluri Sitarama Raju from Andhra Pradesh and Komaram Bheem from Telangana.  They spent time away from family in Delhi before beginning to defend the country. In our cinema, films that experimented in history have always stirred controversy. Rajamouli, on the other hand, is unconcerned that RRR, which reenacts renowned freedom fighters from a different point of view, will stimulate such uproar.

The main cast includes N. T. Rama Rao Jr. who will play the role of Komaram Bheem, Ram Charan will play the role of Alluri Sitarama Raju. Alia Bhatt as Sita and young Sita will be played by Spandan Chaturvedi, Samuthirakani. Alison Doody as Lady Scott, Ray Stevenson as Scott, Shriya Saran as Sarojini. Recurring roles will be played by Chatrapathi Sekhar, Rajeev Kanakala, and Rahul Ramakrishna. Arun Sagar will be seen as a guest appearance.

The movie was formally launched in April 2018, with the tenuous name RRR. The initial story was written by K. V. Vijayendra Prasad, and Rajamouli completely staged the film, which was thoroughly rehearsed for 6 months. Sabu Cyril worked as the RRR’s production designer. Prior to commencing the very first filming schedule, the team has built a set at an aluminum manufacturing company in Hyderabad for filming an action scene.

After just a blockbuster like ‘Baahubali,’ one might expect Rajamouli to collaborate with India’s leading production studios like Dharma, Yash Raj, Geetha Arts, and others. Remarkably, he did agree to film the renowned ‘RRR’ under the banner of DVV Entertainments.

RRR: Get To Know More About The Film

In 1922, Alluri Sitaram Raju, an Indian freedom fighter, directed the Rampa Rebellion against British Raj for imposing the 1882 Madras Forest Act. Which heavily limited the tribal community’s mobility in their own forests. The public was also unable to fully implement the conventional Podu farming techniques, that were implicated in shifting cultivation. As a result of the repercussions of this Act.

The armed resistance ended violently in 1924, just before Raju was apprehended by police, chained up, and shot by a firing squad. His valor earned him the title Manyam Veerudu, or “the warrior of the jungle.”

Is RRR Based On A True Story?

Another revolutionary, Komaram Bheem, had evaded capture and was now working on tea cultivation in Assam. Here, he learned regarding Alluri’s rebellion and discovered renewed motivation to safeguard the Gond tribe to which he rightfully belongs. Presently, a century later, National Film Award-winner S S Rajamouli is tying these two historical threads together.

The film will take place outside of their significant contribution in leading revolts against injustice. Rather, it attempts to create a fictional timeline in which the allied leaders might become friends and their own lives might have intersected. The film, established in the 1920s. Will delve into a short period of obscurity before those figures took the role of freedom fighters.

Jr NTR will play Bheem in the new documentary, that is set to be released in January next year. It is worth noting that perhaps the portrayal has stirred outrage due to a newly released movie clip. Wherein the actor playing Bheem wanders into the frame wearing white, with a skull cap and Surma. Although some have claimed that it’s “portraying a Hindu nationalist as a Muslim,” Gond representatives have voiced their dissatisfaction. With the “messed up portrayal” of the pioneer, while rejecting that Bheem was indeed a Hindu leader.

Alluri has received well-deserved admiration and respect; he was the main topic of a famous Telugu film. His birthday is celebrated as a government festival in Andhra Pradesh. In the meantime, Bheem has emerged as a pivotal figure in Adivasi organizations and Telugu culture. 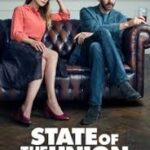 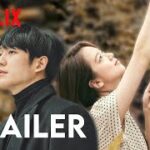