Marvel’s Agents of SHIELD has entertained the fans in a marvelous way. Though all the fans have one question in common will there be a season 8? sadly, according to the sources chances of season 8 happening are fairly low.

Marvel’s Agents of S.H.I.E.L.D. is an American television series created by Joss Whedon, Maurissa Tancharoen, and Jed Whedon based on the Marvel Comics organization S.H.I.E.L.D. ABC Studios, Marvel Television, and Mutant Enemy Productions collaborated on the project. S.H.I.E.L.D was the first in the Marvel Cinematic Universe.

If you’re wishing that the ABC series will bring it back for season 8, we’re sorry to inform you that there’s a slim chance that the superhero show will return in the near future for a new season of the show.

The cast of SHIELD thought the series would come to an with the 5th season. Even the last episode of the 5th season was titled “The End”. Marvel threw in a surprise, as expected, and it was later renewed by ABC for two more seasons. While season 8 is unlikely, a possible remake could take the Agents of SHIELD storyline beyond season 7.

Last May, after mentioning a number of remakes rumors that were shot down in recent months, Deadline asked Loeb and his fellow executive producer Jeffrey Bell if the series is “genuinely over” after its very last episode. Season 7 marketing consistently emphasized this as the team’s final battle. It even became a major part of the plot when the Chronicom Enoch predicted the team would break up after winning the Time War. The team has split up, as evidenced by a one-year-forward scene in the season 7 finale. This means that Season 8 of Agents of SHIELD is unlikely.

The agents of S.H.I.E.L.D. deal with a wide range of exceptional cases and enemies. Including Hydra, Life Model Decoys, Inhumans, alien species such as the Kree and Chronicoms as well as time travel. Numerous episodes have direct intersections with MCU films or other television series. Most notably Captain America: The Winter Soldier (2014), which had a significant impact on the series during its first season. In addition to Gregg, other actors from the MCU appear in cameo roles.

The SHIELD team became embroiled in a Time War with an alien race known as the Chronicles. The expedition revealed the secret history of their platform at the Lighthouse, the history of their allies the Koenigs, and several new Barbarous menaces. It was a wise strategy, transforming Agents of SHIELD season 7 into a true “Last Gasp” for what had become Marvel’s iconic TV series.

The series premiered on ABC in the United States on September 24, 2013, and ended with a two-part series finale on August 12, 2020, with 136 episodes aired over seven seasons. It stars Ming-Na Wen as Melinda May, Brett Dalton as Grant Ward and Hive, Clark Gregg as Phil Coulson and Sarge.

Season 8 of Agents of SHIELD is complete, but that doesn’t mean none of these characters will return. The timeline is clearly no longer linked to the mainstream MCU. But a mention of the Quantum Realm in the Agents of SHIELD season 7 finale was significant. It identified Agents of SHIELD as existing in the same Multiverse as the films. The multiverse might play an important role in Loki and Doctor Strange in the Multiverse of Madness

Aside from a possible prequel, it’s possible that some of the Agents of SHIELD characters will make the leap to the big screen. After all, a link to the Quantum Realm in the season 7 finale made it abundantly clear that the TV show and the movies are both parts of the same Multiverse.

Season 7 of Marvel’s Agents of SHIELD concluded on Wednesday night. If you’re wishing that the ABC series will bring it back for season 8, we’re sorry to inform you that there’s a slim chance that the superhero show will return for another season of the show in the near future. 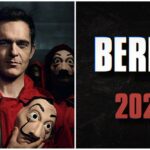 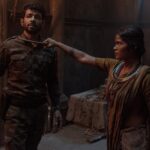