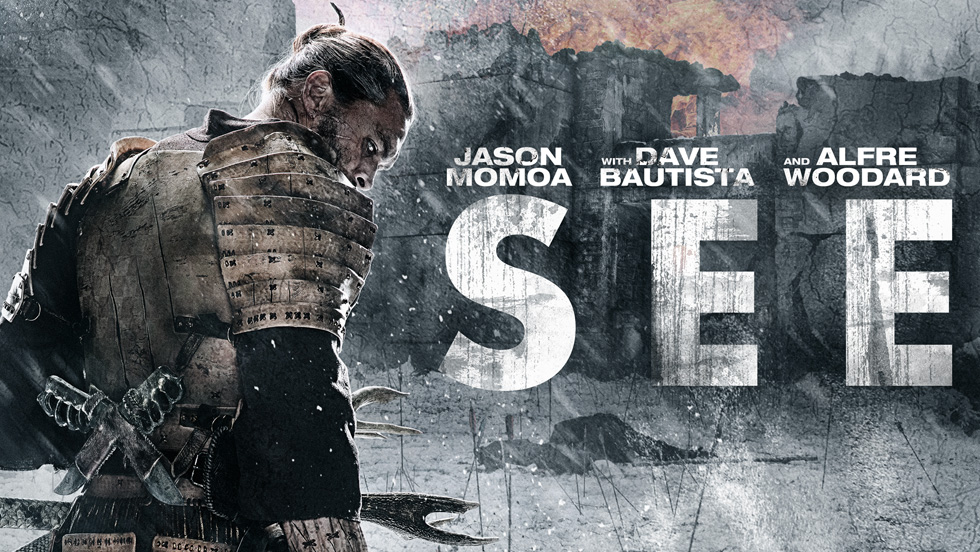 See is an American science fiction drama television series that was released on Apple TV+. In this series, it is shown that humankind has lost its ability to see and it seems that they all are starting a new world. One day a set of twins were born with sight and the drama begins. The genre of this series is science fiction, drama, action, adventure, and somewhere suspense too.

This series has two seasons. Season 1 and Season 2 have eight episodes each. The average duration of each episode is approximately an hour. This series is written and directed by two phenomenal personalities. It is written by Steven knight and directed by Francis Lawrence. It is produced under the high rated production companies like Nebula star, Endeavor content, Chernin entertainment, and quaker moving pictures. As this series is based on future parameters and predictions it is gaining a huge response from the audience.

See season 1 originally ran from November 1, 2019, to December 6, 2019, and season 2 ran from August 27, 2021, to October 15, 2021. It was released on Apple TV+ in the original language of English and it was released in the UNITED STATES. It got a total of 7.6 rating out of 10 on IMDb and 63% on Rotten Tomatoes. It is approximately liked by 85% people. As now the audience is waiting for Season 3 it became obvious to imagine the release date of Season 3. Till now, there is no officially announced notice of its release we can just make our guesses. This series also depends upon the audience’s reactions and so the controversies too.

The story is based in the future where a large number of the human population have been destroyed due to a deadly virus. Only some of the people are saved but they all have lost their ability to see. Now it seems that a new world will be created. All the people have gained techniques and are trained in building, hunting, and surviving their life.

As the story begins we can see two babies with good sight vision are born to Maghra to Alkenny tribe. Meanwhile, Queen Kane, the ruler of the city Kanzua and Witchfinder army has ordered General Tamacti junto to hunt down the witches – those who promote the concept of vision or spread the knowledge of Jerlamarel, a man with the ability to see. At the tribe, Baba Voss, the husband of Maghra and the adopted father of two babies prepares the village for battle as the queen wants to kill his babies as she thinks that today’s world is under the control of non-visioned people and she doesn’t want anybody to see with his/her naked eyes.

One tribe member Gether Bax betrays Baba Voss by disclosing his hiding and settlement location and the birth of the babies to Tamacti Jun. He also told him that Baba Voss is a mythical jerlamarel. Baba Voss and Alkenny engage in a bloody battle and the army retreats. Now Baba Voss and Paris, group elder follow the jerlamarel’s clues and lead the tribe to a newly discovered bridge, providing the tribe with passage out of the valley. He destroyed the bridge to escape from their pursuers. After a long time, they finally found their settlement.

ALSO READ: Is Shrill Season 4 Canceled Or Will Be Renewed?

One day while hunting, Baba was attacked by a bear but was saved by a man who reveals himself to be a jerlamarel. He told Baba to raise his children and care for them until they become older and informs him that he has hidden a box near a waterfall for his children as a gift. Baba found that the box contains a dozen of books. Meanwhile, Bax grew his hatreds towards Baba. Together with his aunt Souter bax and Bow lion, a shadow who is skilled in obtaining information covertly to spy on Paris. Maghra, Paris, and Baba found that their children, Kofun and Haniwa can see and they all agree not to disclose this secret for the next twelve summers. After this time Paris goes against Maghra and told the children that Jerlamarel is their real father and gave them the box of books to read and learn from.

Meanwhile, queen Kane again gave one chance Jun to locate the children. The children got into the web of slave traders. While saving them, Baba revealed that he too was a slave trader. The queen army again followed them but they all ran away down the river. After so many failed attempts Lady conspires to murder queen Kane which was heard by Nyrie. Now in the coming season, we have to see how queen Kane again attempts to kill Baba’s army and how Baba’s army attempt to save his army.

It is nominated under Best action TV series with IGN’s best of 2019 awards. It is nominated under Outstanding directorial achievement in dramatic series with directors guild of Canada award. It has won The CAFTCAD awards under excellence in crafts – textiles and excellence in crafts, Western Canada building category. It has won The joey award under best actress in a guest role on a TV series 11-16 years category in 2019.

Baba Voss, by Jason Momoa, is the head of the mountain-dwelling Alkenny Tribe. He is a fearless warrior and a strong leader whose priority is the safety of his children, his family, and his community. Hera Hilmer, seen in the character of Maghera Kane who is wise, loving, and kind. She can sense truth and hear secrets yet she keeps that secret closely hidden. Sylvia hoeks, seen in the character of Queen Kane, is a divine ruler and absolute monarch of the kingdom. She is a member of the House of Kane. 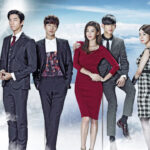