The Heirs is a 2013 South Korean television series that is also known as The Inheriot, the show was the first Korean drama which was Co-produced by American production company Dramafever and Hwa & Dam pictures. The show has a wide star-studded cast with some of the best actors and actresses in the Korean television industry working in the Heirs. The show is directed by Kang Shin – Hyo and Boo Sung – Chul, show is written by Kim Eun – Sook, who has previously written shows like Lovers in Paris, Secret Gardens, and A gentlemen’s dignity which were very popular in Korean television upon their premiere. International broadcasting rights of the Heirs were sold to 13 countries and were sold in Japan for the highest price for a Korean show in 2013 for around 30,000 dollars per episode. By 2014 the series generated over one billion views on the Chinese streaming service Youku.

The Heirs season one was released on 9th October 2013 on SBS and concluded on 12th December 2013. Like other mainstream Korean shows, the show concluded after one season with 20 episodes consisting of around an hour each. There have been no announcements related to a new season of the show and we can officially conclude that the show is over.

The show follows the daily lives of a set of wealthy and privileged high school students who are all set to take over their family businesses and their struggles to run them successfully.

The story starts with Kim Tan, who is the son of the owner of Korea’s large conglomerate Jeguk Group. He goes to the United States on his brother’s (Kim Won) saying, who then rebels against everyone and tries to take the control of the family. When Kim is in the US he meets Cha Eun – Sang, who is living there for a purpose of looking for her sister who came to the States quite back but has not returned to their family.

Lee Min Ho plays Kim Tan, the sole heir of one of the largest Korean conglomerates Jeguk Group, he gets quickly angry and sometimes would act foolishly but is honest by heart. Jung Chun woo plays young Kim Tan whereas Jeon Jin Seo plays child Kim Tan. Park Shin Hye plays Cha Eung – San, she is a down-to-earth person who does various parts time jobs to support her mother and herself after her sister left for the US, she is enrolled in the Jeguk high school on a welfare scheme made by Kim Tan. Kim woo Bin plays Choi Young Do, apparent heir of the Zeus hotels group, he is a ruthless and short-tempered person who usually used to bully fellow students in school, he was best friends with Kim Tan but after a misunderstanding both of them became enemies. 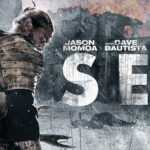 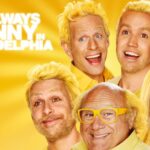