Are you familiar with one of the most famous Burari Deaths incidents? Don’t worry if you don’t know about it well then this documentary series will help you to know all the truth and hidden secrets of that incident. This docuseries is released on one of the most popular OTT platforms Netflix. We all know that Netflix always comes with great content. Netflix has a great list when it comes to documentary series and House of Secrets is one of them. This series has real video, old clips, photos, statements and interviews, etc that makes this documentary unique. After watching this series fans have only one question in their minds. Is House of Secrets a True Story? So in this article, we will be telling you every about this documentary series.

This is an Indian documentary series based on
2018 Suicide- murder case. Directed by Leena Yadav and Anubhav Chopra. Created by Leena Yadav. This documentary series was released on 8 October 2021 on Netflix. Consists of 3 episodes with the running timing of 43-48 minutes. Episode one is titled 11 bodies episode two as 11 diaries and episode three is titled Beyond 11. This documentary is released in three languages Hindi, English, and Punjabi. Move to the rating then on IMDB the series received 7.9 out of 10.

Executive producers Aseem Bajaj and James Haygood. Producers Yogendra Mogre and Katherine Leblond. If you haven’t watched the series then you are missing something very special. This documentary series will not only help you to know the actual event but also help you to know some hidden secrets.

Is House of Secrets A True Story?

The story is based on what happened in 2018 in Burari. Where the 11 members of the same family were found dead. The three generations of the Chaundawat family ( also known Bhatia family by their neighbors) was no more. This documentary has covered everything about this case. The dead bodies of 10 members were found hanged one member was strangled. Their hands were tied, the mouth was taped. But the question in everyone’s mind is, was it a mass suicide or it is a murder?

This family natively belongs to Chittorgarh, Rajasthan. And they Came to live in Delhi about 20 years ago. The eldest member of the family was Narayani Devi who was 77 years old. She has two sons and their wives, one daughter, and five grandchildren. Two grandchildren were just fifteen years old. This incident came out on 1 st July 2018 when Bhavesh Batia Narayani Devi’s son doesn’t open his grocery shop on time.

Their neighbors found it strange and they went to their house. The main door of their house was open. When their neighbors went inside the house they saw the dead bodies. Where 10 members were hanged and Narayani Devi was strangled to death. People were shocked and they called the police. When police started the investigation initially it seemed that the thief had killed them. The strange thing was not a single thing of the house was missing and even the dog of the family was still alive.

Police found diaries and there were some weird rituals were written in different handwriting. This proves that everyone in the family used to write in the diary. In these diaries, strange things were written and the conclusion of every ritual was death. Police talked to their relatives and everyone told that they don’t have any enemy and their financial condition was also good. But their neighbors thought that this is a murder case so police send their dead body for postmortem. According to the report, this was a clear suicide case because there were no fingerprints in the house and on their bodies.

The last person to suicide was Narayani Devi who has not hanged herself but her body was lying on the floor. Police and everyone believed that they all killed themselves just to follow some ritual. But what was the actual reason we are going to tell you in this article?

Before moving further let us first go back to 2007 when Narayani Devi’s husband Gopal das was dead. Lalit Bhatia was behaving strangely after his father died. He told everyone in his family that his father’s soul is there inside his body. Lalit was behaving like his father. After 6 year’s
he met with an accident. He was having a plywood store and one-day plywood fell on his head and because of this accident, Lalit will never be able to speak.

And after some months passed away he started speaking and this was nothing short of a miracle. He told that last night his father came into his dream and he has fixed his sound. As Lalit saved his family from many problems and now everyone does the way Lalit ask them to do.
Lalit and his wife Tina both have played the game with their family. They ask them to follow a ritual so that they all can meet Gopal Das and Gopal Das will solve their problems and help them to get Moksha.

In this ritual, they all have to close their eyes, so that they can’t see anyone and they have to put a cloth in their mouth. And from the 11 pipes, they all have to hang themselves. As Narayani Devi was old and cannot stand so she was the only one who was lying on the floor. This ritual is going to perform at night between 12 to 1 AM. They will do a Havan and before performing this ritual either on Thursday or Sunday. Lalit convinced them that they will not die because Gopal Das will save them.

Everything step by step was written in the diaries which police got from that place. They all brought tables from outside the house and this was recorded in the Cctv camera. Nobody except Lalit and his wife knows that they are going to die. When they all get ready for the rituals at night Lalit and his wife have tied their legs. Everyone is following the steps how Lalit told them. In this way, the whole family has done mass suicide. The important thing is everyone was educated in that family but still, they all have killed themselves.

Why Lalit has done this?

We have two answers to this question one is scientific and the other is
Supernatural. Lalit’s family could not understand that Lalit was psychologically ill and he is mentally unstable. And Another reason was Lalit was lying to everyone. That he has seen his father in his dreams. Maybe Lalit was performing a Satanic ritual that involves sacrifices. He was obsessed with 11 numbers and writing mantras on the walls, cult participation, and performing strange rituals. And when the time came to offer his soul to an evil body. He also made his family members sacrifice for him. What do you all think will be the reason for this mass suicide? Why they all killed themselves? Many questions are still unanswered. This series gives you a very important and deep message that death is not a solution to any problem.

Here we are dropping the trailer of this documentary series season 1. 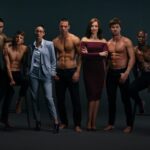 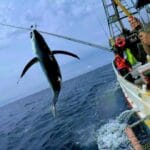