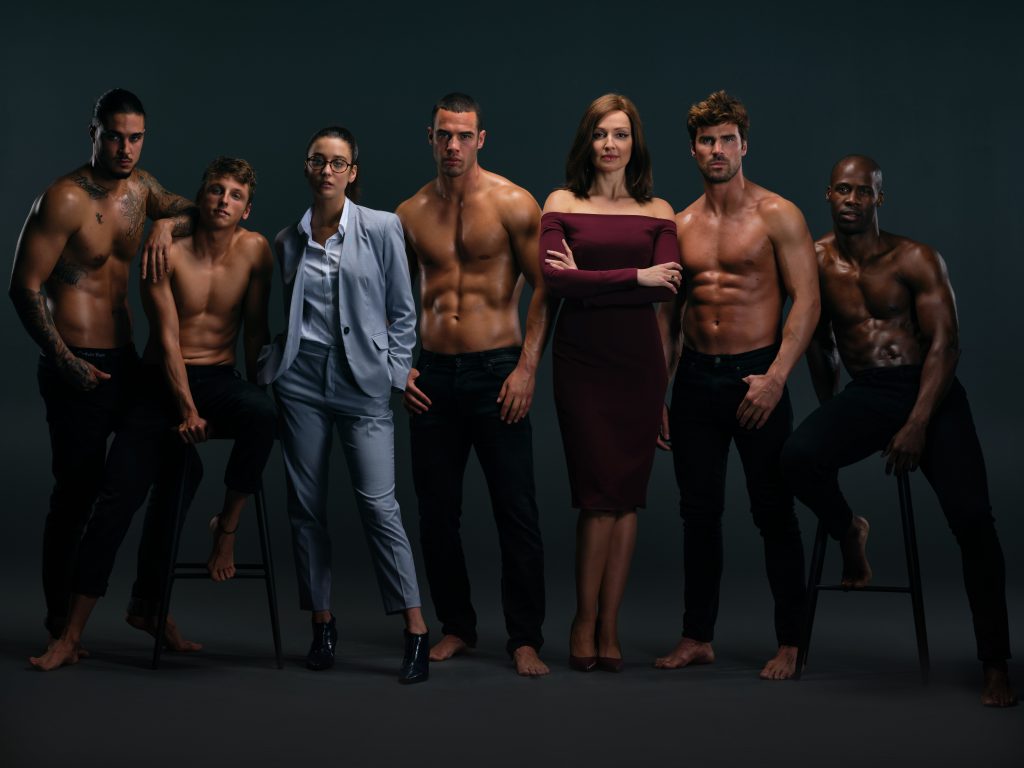 Toy Boy is a Spanish thriller drama written and created by César Benítez, Juan Carlos Cueto, and Rocío Martínez. The show is produced by Atresmedia Televisión and Plano a Plano before it was uploaded on Netflix. It was officially aired on a Spanish television channel namely Atresplayer Premium and FestVal. Toy Boy is directed by a trio of Iñaki Mercero, Javier Quintas, Laura M. Campos. It is among the popular Spanish crime thrillers just like money heist, elite and others, although this show wasn’t that much popular but its release on Netflix made it quite trending.

The show holds a total rating of 6.6 out of 10 by IMDb and worldwide critics. Season 1 consists of a total of 16 episodes with an average running tie of 30 minutes. The show unrolls a murder mystery including an innocent young stripper, a rich businesswoman, and a hard-working lawyer.

The show has a young handsome and energetic stripper as the protagonist, while the complete story revolves around his disastrous life happenings. One night after a huge party, enjoyment, and alcohol Hugo was completely wasted, next morning he woke up next to a burned dead body. The body, later on, was identified as a rich businessman, whose wife had very heat up sexual relations with Hugo for a long time. Hugo was declared as a criminal for a crime only he knew he didn’t perform.

He is sentenced to jail for 14 years, after 7 years in prison suddenly a lawyer is set to help Hugo and set her free. Although at first Hugo is not willing to trust her after she got her bailed he is to trust her. Now both of them are on their journey to discover the real culprit of the murder and prove Hugo innocent, this mission turns out to be very difficult as they had to fight against powerful, rich women. Also, the wide difference between Hugo and his lawyer’s personality makes it a little difficult for them to team up.

At first, the show was not expected to have any preceding season, but now it is official news that Season 2 for toyboy will be coming anytime soon. The production house and Netflix have given green light to the next season. It is expected that season 2 will be first aired on Atresplayer and then worldwide on Netflix. The most rumored date for the season renewal is 26 November 2021.

The official team of Netflix tweeted about this news long back, this news made the fans very happy as the chances of the second season were very low because the first season was released long back in 2019 and then the sudden covid outbreak made it more impossible. The second season will continue right from where it was left in the prior season. At the end of the last episode of season 1, everything was solved and everyone was having a happy ending right when another incident happens, while Hugo and Trianna are celebrating on a beach with their friends a sudden explosion happens in which Triana dies leaving the series in a suspense.

The show casts a wide range of Spanish acters, here is all you need to know about the cast of Toy Boy Season 2. the main character Jesús Mosquera playing Hugo Beltrán González, the handsome young stripper falsely accused of a crime he didn’t commit, Cristina Castaño as Macarena Medina de Solís rich and strong women, whose husband was murdered. María Pedraza as Triana Marín, a hard-working lawyer, who has taken up Hugo,s case.

What could happen in the second season of the show? Well, its definitely clear that the first season opened the door for second season so that Toy boy could return. The last episode reveals that Hugo wasn’t the killer. What does that mean? He spent about 8 years in Malaga prison, without committing any kind of crime. And it was revealed that Mateo was the one who did all the murders. The story of second season would continue from here.

There is no official date yet announced for the release of the season 2 trailer. Usually, the trailer is dropped 2 or 3 months before the show’s official release. The rumored date for the release of the next season is in late September, which means the trailer will be out very soon in this month or early September. If there will be any news about the trailer release the content will be updated. Till then you can have a look at the trailer for season 1 available on youtube. To stream the complete show of Toy Boy season 1, you can easily find it on Netflix with different dubbing and subtitles available.