When we hear the word heist, the only thing that comes to our mind is money heist, owing to the fad revolving around the series. However, when heist as the theme gets hinged to anime, you cannot expect it to be pedestrian but you sure can expect it to be trans-national in the sense that many international locations would be used for the sake of the plot.

The very anime that we are talking about is great pretenders, a Netflix original anime series produced in collaboration with Wit Studios, which is renowned for the production of attack on titans.
The show’s direction and writing are helmed by Hiro Kaburagi and Ryota Kosawa, some very famous names.

The unwonted approach adopted by the anime is that rather than dividing the episodes into arcs it is divided into cases, commencing with the first case Los Angeles Connection followed by Singapore Sky and Snow of London. The anime is peculiar in one more sense, in the form of Makota Enamura, a con artist in Japan who is a reflection of the reaction of the audiences once encountered with the twists in different heists. He himself doesn’t know what big anomaly would burst upon his head and therefore navigating through the show, same way as we are.

The first season of the anime aired from 2 June 2020 to 16 June 2020, while the third season owing to the success of the show without any limbo was released on 21 September in one single go.
The last episode of the season seemed inconclusive, therefore failing to dispel any doubts regarding the plot holes. This seemingly obvious fact, fans thought would be entertained in the form of the announcement for the next season but, to their dismay, it didn’t happen. So the question is will that happen?

It is being argued by many web portals that the impasse in the decision on the renewal of the second season is caused by the mayhem caused by the pandemic rather than the morsel of content, which was earlier speculated to be the major cause for this delay. But apart from this is there any other reason that can be summoned to prove the likeliness of a second season?

Well, one such factor can be the popularity, in which regards the show has done outstandingly well consistently. It has an IMBD rating of 8 and a MyAnimeList rating of 8.3. The show which was released a bit earlier in Japan by Netflix and later in various local networks has also done well domestically. This appeal to the tastes of both international and national audiences puts the show on par with its contemporaries.

Makoto Edamura is a con man who is revered as the best swindler in Japan. However, he was soon defeated at his own game when attempting to pickpocket a foreigner. He was ripped off all his money by the latter which prompts him to chase the foreigner all the way to Los Angeles. The foreigner’s name is later revealed as Laurent Thierry, a French con man who is linked with various international criminal organizations. Edamura soon finds himself tied up after having meddled in Thiery’s drug deal.

Makota Edamura
Voiced by Chiyaki Kobayashi, Griffin Faukner, and Alan Lee
He is the protagonist of the show and a con man. From the outset, he wasn’t like that but the company he worked with soon turned out to be a fraud, and that as a result prompted him to take swindling as a full-time job.

Laurent Thierry
Voiced by Junichi Suwabe and Aaron Phillips
A French cog man who initially aspired to become a diplomat and learned various languages in his childhood to fulfill his dreams.

Abigail Jones
Voiced by Natusmi Fujiwara and Kausar Mohammad
An important ally of Thierry, who by disposition is uncommunicative and athletic. 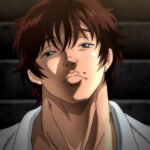 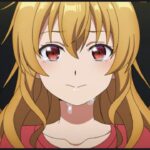