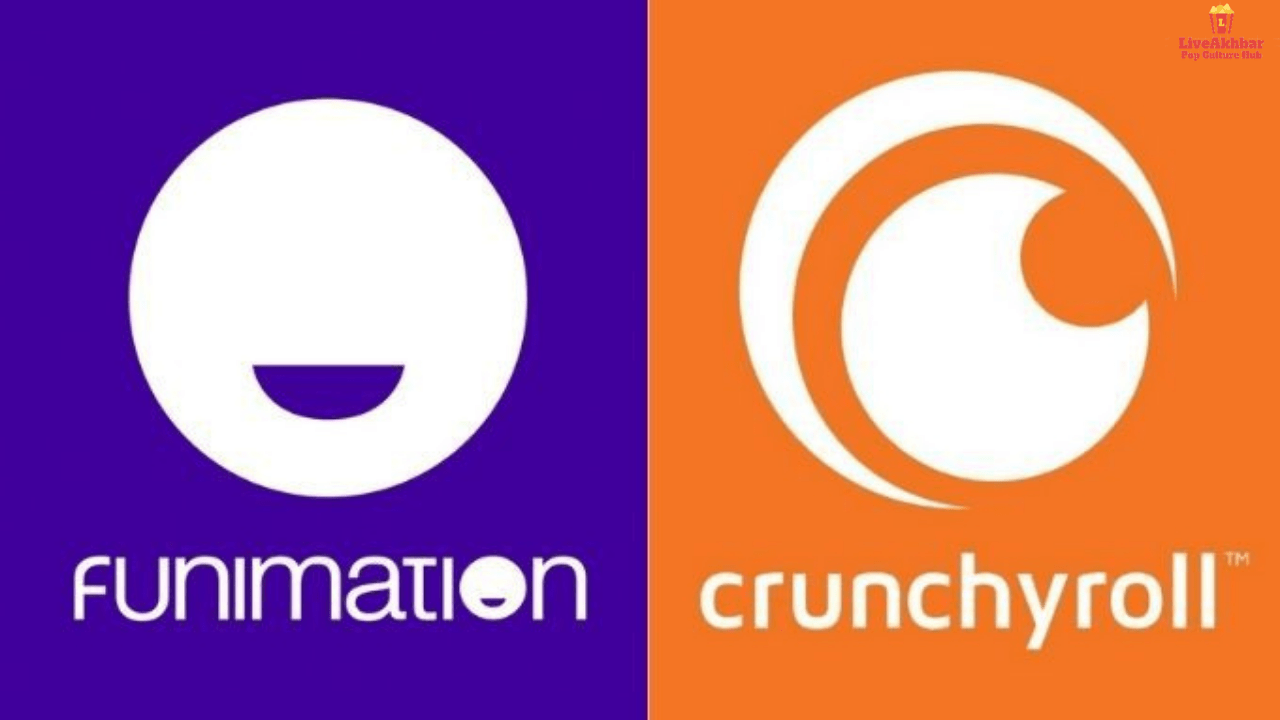 Anime and manga are known to set people crazy worldwide with their stories, adventures, and mystery. Nowadays, we have many streaming platforms on which we are able to watch several films, series, and shows. And day by day, they are becoming common among the people. We also have various options available for streaming anime shows and reading mangas. But whenever we discuss the best destination for watching anime and Japanese shows, we often get confused between Crunchyroll and Funimation. Both of them are known to be contributing to the epic battle in the field of streaming Japanese anime.

Many people prefer Crunchyroll over Funimation while there are several people who go for Funimation instead of heading on to Crunchyroll. They are a lot of aspects based on which these two are often compared. We do have other sources through which we can have access to the anime and mangas but people find these platforms to be more convenient. Here, we have compared Crunchyroll and Funimation and at the end of this post, you can decide which of them can be the better for you.

Before getting into the detailed comparison, let us know about these platforms briefly.

Crunchyroll: It was in 2006 when a group of graduates founded Crunchyroll. It is best known for streaming Japanese shows, anime series, and providing the access to users for reading Manga titles. The number of paid subscribers is in the millions. Streaming your favorite shows is quite easy as it only requires signing up for an account.

Funimation: 27 years ago, on 9th May 1994 Funimation was founded by Gen Fukunaga and his wife. Even after being an American company, it focuses on providing Japanese anime to people. Currently, it is owned by Sony. Funimation is popular for licensing many series. In 2005, the Funimation channel was launched that also focuses on the same aspect.

If you are a die-hard fan of watching anime, then you can go for both the streaming companies.

Crunchyroll not only offers popular anime series but is also known for providing access to Japanese drama and original TV shows. Well, it is true that it is the home to the world’s largest anime collection. Apart from it, the users can have manga on their screens too. Some of the popular content available on Crunchyroll are Attack on Titan, ReLife, Orange, Naruto Shippuden, Hunter x Hunter, and My Hero Academia.
Crunchyroll focuses on the latest and new titles that are in the trend. Even though it is not preferred over Funimation to watch classic anime it tends to provide a larger catalog. With over 1000+ anime and diverse options regarding live shows and Japanese dramas, Crunchyroll also offers several mangas to read after signing up for the premium account.

Unlike Crunchyroll, Funimation is only meant for anime. One cannot find the manga, original shows, or any Japanese drama. Even though it is limited to anime, people choose Funimation to watch classic anime like Cowboy Bebop. In addition to this, a piece of more detailed information about the specific series is provided here. It has the license to many popular series that even include Tokyo Ghoul, Dragon Ball, and Black Clover.

So, overall comparison gives the conclusion that Crunchyroll has more content and a bigger catalog of anime even if we keep the manga and other shows aside. It is a good choice for classic anime too.

One can watch many episodes for free on both platforms. Hearing this, you will definitely get excited but there is annoying stuff associated with it; Ads! Free episodes come up with many advertisements that can be irritating and sometimes unbearable. So, what’s the solution to this? Subscription to the premium accounts! Further, Crunchyroll and Funimation have the same number of free trials and i.e. 14 days. If you wish, you can skip this free trial very easily.

It has 3 premium plans that provide many perks at the same time.
$7.99/month: Firstly, you will be able to watch anime episodes without any ads and can access the entire library while you can also have access to the digital manga. But if you are opting for this subscription you will be able to stream only on one device at a time.

$9.99/month: In addition to all the benefits mentioned above, you will be getting an extra option of offline viewing the content. Moreover, instead of streaming on only one device, this subscription will let you stream on 4 devices simultaneously.

$79.99/year: This subscription plan is a bit pocket-friendly as it offers a 16 % discount on the monthly plan when billed for every 12 months. And the other perks are the same as the previous ones.

Most popularly, people go for two subscription plans on monthly basis, however, there is a yearly plan too.
$5.99/month: Without any advertisements, the entire content will be unlocked and there will be a facility for the members to stream the series on two devices at the same time.

$7.99/month: By paying $2 per month more, Funimation lets you download and stream your favorite shows on five devices at once. On the other hand, the previous benefits will be as usual.

Subbed directly means videos with subtitles and dubs refer to the dubbed videos. This is a never-ending debate that provides a better experience to the viewers. Crunchyroll prefers to stream anime with subtitles. This neither disturbs nor distracts you, and most importantly, you can edit them easily. When it comes to the subtitles, Funimation may not provide you a smooth experience as it uses closed captions that are quite unfriendly and the biggest drawback is it cannot be edited, at least on the app. This difference is easily noticeable. Talking about the dubbed version, Funimation is preferred over Crunchyroll. There are many people who like to watch these Japanese shows in the original videos with subtitles but at the same time, there are several individuals who prefer watching them in the dubbed way. So depending upon your choice, you can go for either Crunchyroll or Funimation.

Many a time it becomes perplexing for a user to browse through the vast library of anime. This is because the categories that we see in Crunchyroll that we used for filtering are not much effective when we are searching for a specific title. The option for filtering the titles alphabetically seems terrific when there are enormous episodes and series available at the same time.

When compared to Crunchyroll, the process of filtering and finding the required anime is easier. Sorting out the titles by specifying their genre or popularity gives more friendly options. Funimation UI provides a better experience and it does not feel clumsy.

Both the services offer Simulcasts and in this field, Funimation is faster than Crunchyroll. However, the latter one also takes time to provide the users, the anime in Simuldubs. Funimation makes sure to provide a Simuldub version to the users of premium subscriptions. Within weeks of the original release in Japan, this content becomes available. It doesn’t take much time to make the Simulcasts approachable after the official release of anime in the origin country.

Both of them are compatible with almost all devices. They work fine with iOS devices, Apple TV, Amazon Fire TV, Playstation 3, PlayStation 4, Xbox One, Xbox 360, and others.

Crunchyroll Vs Funimation: Which Is Better?

It is clear from the above discussion that if you like watching dubbed anime, undoubtedly, you can go for Funimation but you should opt for Crunchyroll if you are fond of watching these shows in original audio with the subtitles. Secondly, Crunchyroll has a more vast library and also provides more adventure and fun by focusing on manga and original shows. Although Funimation lags behind when compared on this ground, many popular series are also available on this platform including classical anime.