In the history of Korean television, this series is the highest-ranked that overtook Sky Castle. The show received acclamation from the critics for its direction, acting, screenplay, and performance. Actually, the show got mixed reviews because it criticized for the plot regarding sex and violence. However, The World of the Married collected many awards like the 56th Baeksang Arts Awards for Best Director and Best Actress. At the same time, it generated enough crowd for the waiting of its second season. Today, in this article we would tell you all about The World of the Married Season 2.

The World of the Married Synopsis

This is the story about a married couple whose married life did not go well. Ji Sun-woo (Kim Hae-ae) was the medical doctor and the associate director at Family Love Hospital, situated in Gosan, South Korea. She was later married to an aspiring director named Lee Tae-oh (Park Hae-Joon). They both had a child also, named Lee Joon-young (Jeon Jin-seo). One day, Sun-woo found red hair on the scarf of Tae-oh and he also behaved very weirdly when Sun-woo inquired about his odd work hours. Also, there was a picture of Da-Kyung (Han So-hee) along with Ye-Rim and Je-Hyuk on Tae-oh’s phone and she had the same red-colored hair.

Just because of all this mess, Sun-woo and Tae-oh decided to get divorced and Tae-oh also ended up his relationship with Da-Kyung. Then at the end of the show, Joon-young realized that he was not able to survive with his parents, that was why he left the house and ran away. The show jumped up to one year as Sun-woo had her dinner and she saw Joon-young opening the door at that point, her eyes were filled with tears and the show ended.

The World of the Married Season 2 Release Date Expectations

So, The World of the Married Season 2 is in a state of some confusion. The first season was released in March 2020 and it is more than one year since the first release. But there is no official information till now regarding the release of the second season. Maybe the next season did not come because the plot looked wrapped up. But at the same time, we can also find cliffhangers that denote the coming of the second season. Most probably there can not be any latest season further. There are very few chances of the second season happening.

After the reason of no plot is left to cover in the next installment, there is a second reason also, that is the main leads of the show Kim Hae-ae and Park Hae-Joon officially expressed their acknowledgment for the crew and said goodbye. So, it will be exciting to know whether the makers wanted to release the next season or not. We will update this segment when we get any type of latest information.

Must Read | | Terrace House Season 7 Release Date And Trailer Out!

The World of the Married Season 2 Cast

Still, it is not decided that the second season would come or not. So, we can not assume anything regarding the cast of season 2 of The World of the Married. The World of the Married season 1 has a fantastic cast like Kim Hae-ae as Ji Sun-woo, Park Hae-Joon as Lee Tae-oh, Han So-hee as Yeo Da-Kyung, and Park Sun-young as Go Ye-rim. Lee Geung-young as Yeo Byung-Gyu, Kim Young-min as Son Je-hyuk, Chae Gook-hee as Sul Myung-sook, and Kim Sun-Kyung as Uhm Hyo-Jung. Jeon Jin-seo as Lee Joon-young, Shim Eun-woo as Min Hyun-seo, Lee Hak-Joo as Park In-kyu, and Lee Moo-saeng as Kim Yoon-ki.

This was the cast of The World of the Married season 1. If we will able to get any information regarding the same, then we will definitely update you.

The World of the Married Trailer

There is no official release date for the second season of The World of the Married Season 2. So it is obvious that there is no official trailer yet also. Until officially the things are not decided till then you can watch the trailer of season 1 and decide that you liked it or not. And bing watches the whole season 1 on the Viu app. 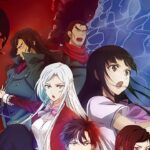 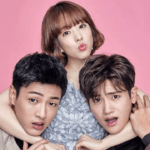