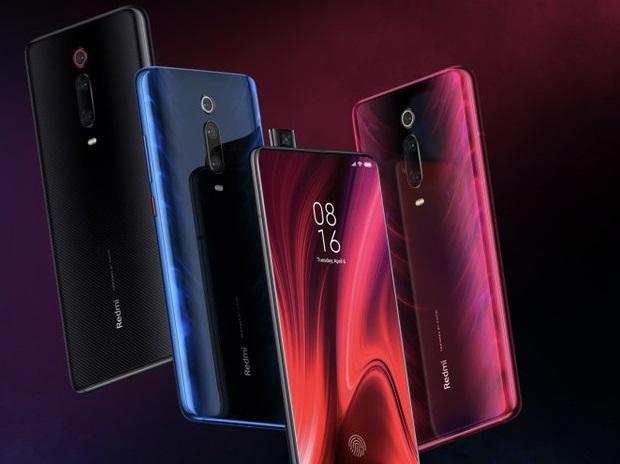 Made in India Mobile phones: In the present era, one can’t think to live without having a mobile phone. From entertainment to almost every day to day activity it plays a significant role in fulfilling people’s needs. India is a largely populated country, where the increasing demand for smartphones is remarkable as compared to other countries of the world. In September 2014, the government of India took the ‘Make in India’ initiative which attracted many mobile phone manufacturers from a large number of technically developed countries to set up their own assembly plants in India as well as work with Indian mobile phone manufacturers like Micromax, Lava, Intex, etc.

Now, leading mobile phone manufacturing companies like Samsung, Xiaomi, iPhone, Oppo, Vivo, One plus, Realme, etc are being benefitted from the Make in India project and producing a mass number of mobile phones every year in India. In this article, we are going to discuss a list of made-in-India mobile phones with their specifications so that you can pick your favorite one from Made in India Mobile phones list easily.

Made in India Mobile phones 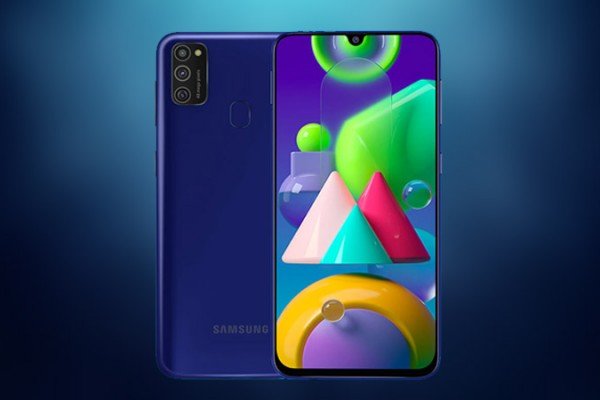 Samsung is a renowned name as a manufacturer of the best quality smartphones. It is a Korean company and has introduced a range of budget phones in India. The Samsung Galaxy M21 is one of the best budget smartphones. The lineup is made in India and features a 6.4’’ full HD display. It is powered by Samsung Exynos 9 octa 9611 chipsets. The smartphone has two variants in terms of RAM and internal storage (4GB/64GB and 6GB/128GB). It comes with a triple rear camera set up (48MP+8MP+5MP) as well as a front selfie camera of 20 MP. Moreover, it offers an excellent 6000 mAH battery. The smartphone comes for INR 13999 hence making it one of the best budget phones for customers. 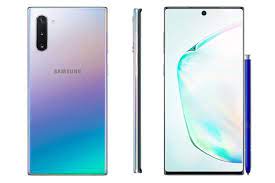 The Samsung Galaxy Note 10+ is another Indian-made Smartphone flagship. It offers a 6.8’’ dynamic AMOLED display and is powered by Samsung Exynos 9825 (7nm) chipset. It also features a quad-camera set up of 12MP+12MP+16MP+0.3MP and a 10MP selfie camera. For smooth and hassle-free running it is also equipped with 12GB RAM and 256 GB internal storage. A 4500 mAH nonremovable battery ensures whole day-long access with only charging your device once a day. The Samsung Galaxy Note 10+ costs INR 84200 to the customers. 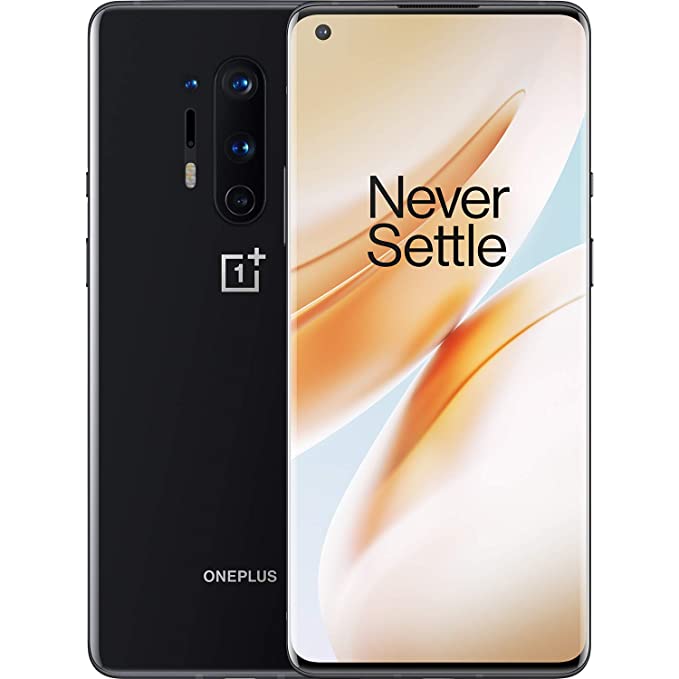 One Plus is a reputed consumer electronics manufacturer based in China. The company is well recognized for delivering very good quality smartphones to its consumers. Under the ‘Make in India’ initiative the company is manufacturing and assembling the one Plus 8 series since May 2020 in India. OnePlus 8 pro is the new flagship Smartphone under the series. The main highlighting features of the mobile phone include a 6.78’’ fluid AMOLED display with a screen resolution of 3168*1440 pixels. The Smartphone is powered by Qualcomm SM8250 Snapdragon 865 chipset. It equips a quad-camera set up of a 48MP wide camera, 8MP telephoto lens with 3X optical zoom, 48 MP ultra-wide-angle lens, and 5 MP color filter camera. The selfie camera is 16 MP. The smartphone has two variants in terms of RAM and internal storage (128GB/8GB and 256GB/12GB). It houses a 4510 mAH Li-Po non-removable battery with a provision for 30W wireless charging. It also supports 3W reverse wireless charging. OnePlus 8 pro is available at INR 54999. 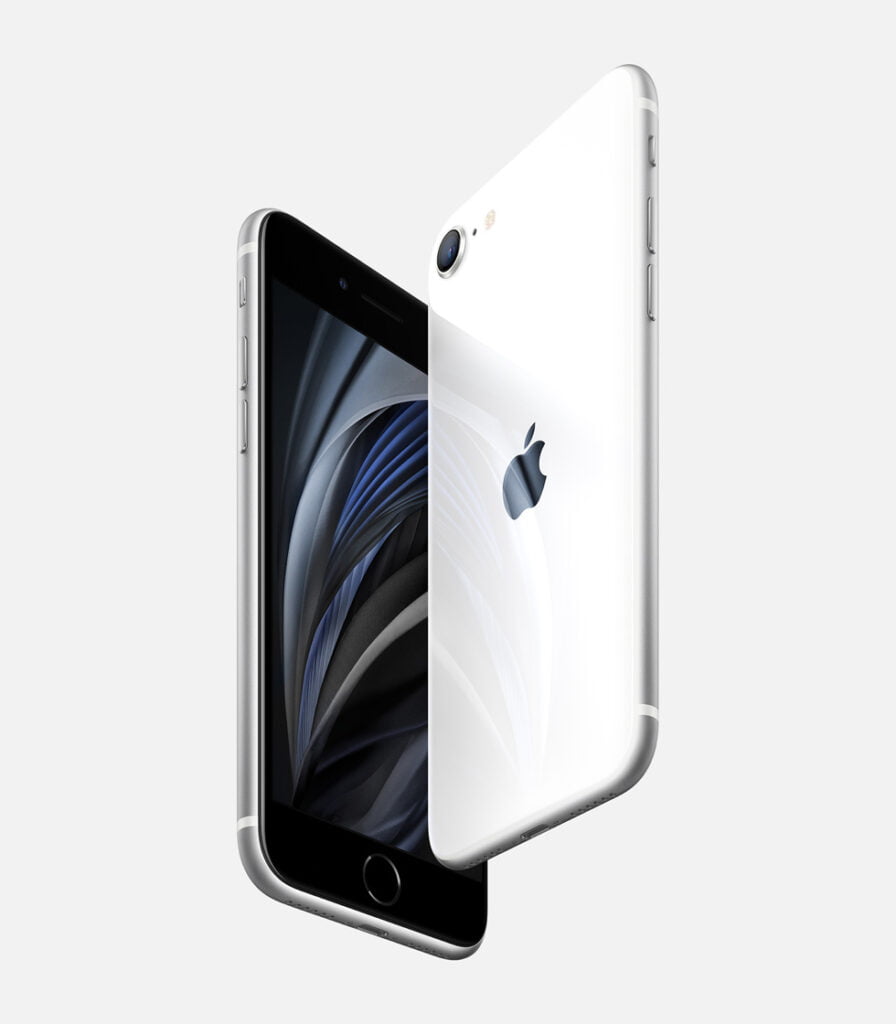 The tech giant Apple has recently introduced its new flagship smartphone named iPhone SE 2020 under the SE series. Apple has two manufacturing facilities in India in the name of Foxconn. The first one is located in Chennai and another one is located at Wistron, Bengaluru. iPhone SE 2020 is just an upgraded version of the old iPhone SE. The design of the device remains almost unchanged as iPhone SE. Only there are upgrades in terms of RAM, internal storage, and camera. The new device is run by the Apple A-13 Bionic chipset which is the same as in iPhone SE. Apart from this, it introduces a 4.7’’ Retina IPS LCD Display with a resolution of 720P and a maximum brightness of up to 625 nits. There are three variants of the new flagship (64GB 3GB RAM, 128GB 3GB RAM and 256GB 3GB RAM). The primary camera consists of a 12MP lens featuring Quad-LED dual-tone flash, HDR, and panorama whereas there is a selfie camera of 7 MP is equipped with the device. The pricing for the three variants is INR34999, 39999, and 49999 respectively. 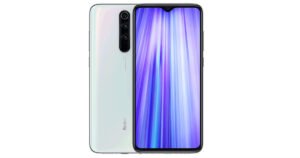 Xiaomi, the manufacturer of Redmi mobiles has become the global leader of smartphone technology with all its continuous innovations. Nowadays it is the best choice for many consumers for delivering advanced features at an affordable cost. Redmi Note 8 Pro is another version of Xiaomi’s budget smartphones. The smartphone features a 6.53’’ display with corning gorilla glass 5 protection with a maximum brightness of up to 500 nits. The smartphone is powered by a Mediatek Helio G90T processor. It has a quad-camera set up with a 64 MP main camera following an 8 MP ultra-wide-angle lens, 2 MP macro lens, and a depth lens of 2 MP featuring LED flash, HDR, and panorama. The 20 MP selfie camera features HDR and panorama click. The device comes with four variants of 64GB 6GB RAM, 128GB 6GB RAM, 128GB 8GB RAM, and 256GB 8GB RAM that ensure a lag-free running. Besides that, it also offers a long-lasting battery of 4500 mAH.

Motorola One Fusion Plus 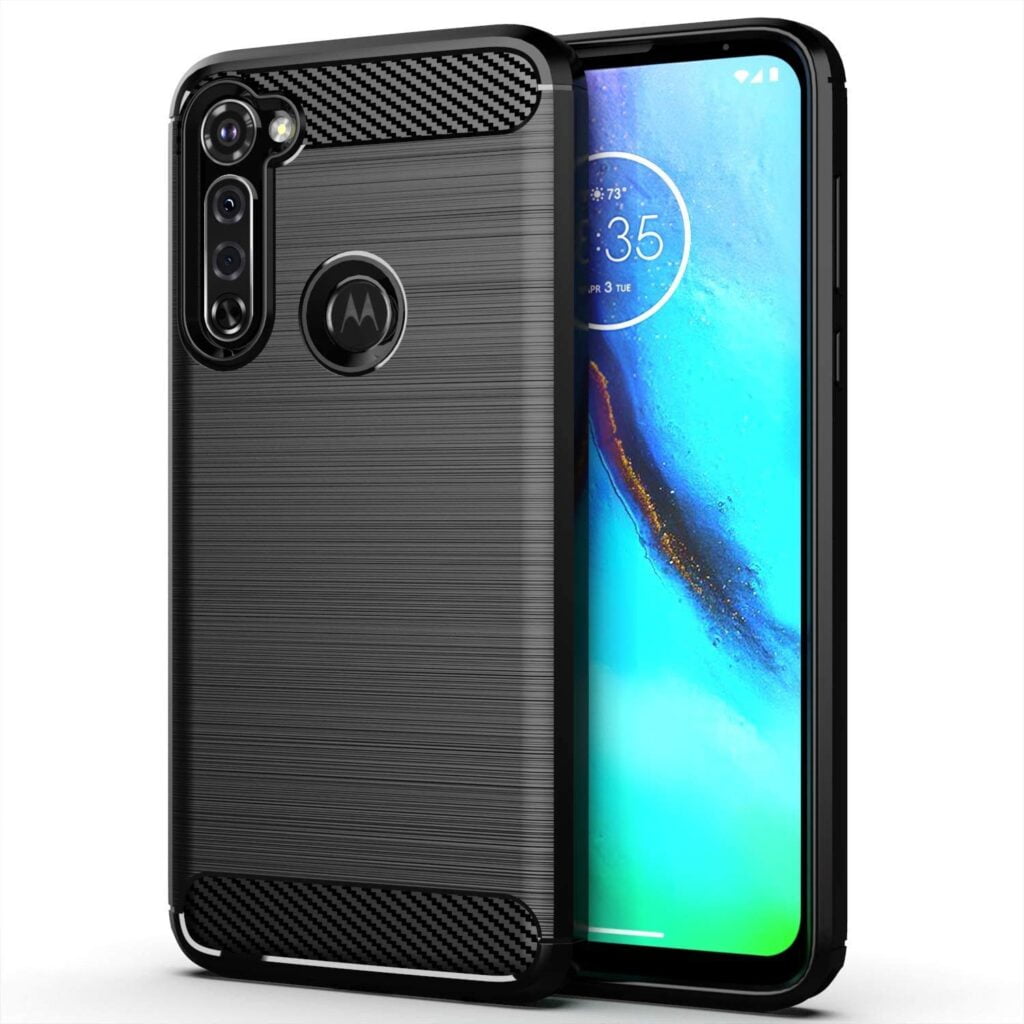 Motorola is an American multinational manufacturer of Smartphones. It has recently introduced its new flagship in the name of Motorola One Fusion Plus which is completely a made-in-India mobile phone. In the new flagship, the company has offered a 6.5-inch Full HD+ display with a resolution of 1,080×2,340 pixels. The device is powered by Qualcomm SDM730 Snapdragon 730G chipset and runs on Android 10. Apart from this, it houses a quad rear camera set up with a primary camera of 64 Mp and a front selfie camera of 16 MP. The made-in-India mobile phone comes with two variants of 128GB 4GB RAM and 128GB 6GB RAM. Users also get a long-lasting 5000 mAH Li-Po battery along with a 15W fast charging facility. 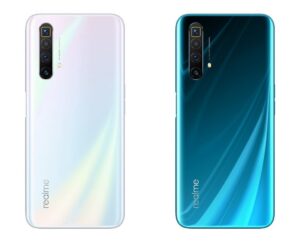 Realme is a China-based Smartphone manufacturing company. Recently it has become a big name in the industry due to its optimum design and advanced features within a budget range. Realme has its own manufacturing facility at Greater Noida in India. On 2nd June 2020, the company launched a new flagship smartphone in the name of Realme X3 Super Zoom. The main features of the device include a 6.6-inch Full HD Plus display with a resolution of 1080 x 2400 pixels (aspect ratio of 20:9) having a corning gorilla glass 5 protection. The device runs on Android 10 and uses Qualcomm SM8150 Snapdragon 855+ chipset. The users also get an advantage in the camera section. It offers a quad rear camera set up of a 64 MP main camera along with an 8 MP periscope telephoto lens with 5X optical zoom, an 8 MP ultra-wide-angle lens, and a 2 MP macro lens. There is a dual-lens selfie camera consisting of a 32 MP wide-angle lens and an 8 MP ultra-wide-angle lens. Apart from this, the made-in-India mobile phone offers a 4200mAH Li-Po battery with a 30W fast charging facility. Realme X3 Super Zoom costs INR 25174 to the customers.

The aforementioned were some popular smartphone manufacturing companies from other countries who came forward to assemble and manufacture their products in India under the ‘Make in India’ initiative. Besides that, we also have some reputed telecommunication and electronic goods manufacturers within the country. Some of them are listed below 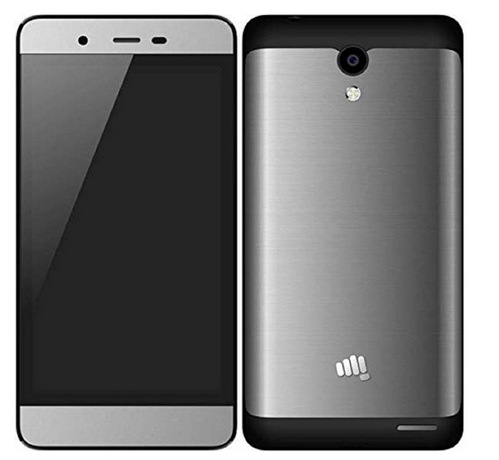 Micromax is the largest Indian multinational mobile phones and electronic goods manufacturing company headquartered in Gurgaon, India. The company entered into smartphone manufacturing in March 2014 with its Canvas series and launched a mass number of smartphones in consecutive years. After a while, it switched on to manufacture smartphones with 4G capabilities by introducing the ‘Bharat series’. Some of its popular mobile brands are Canvas Silver 5, Canvas Win W092, Canvas Win W121, Canvas Unite 4 Pro, Bharat 2, and Canvas Infinity, etc. 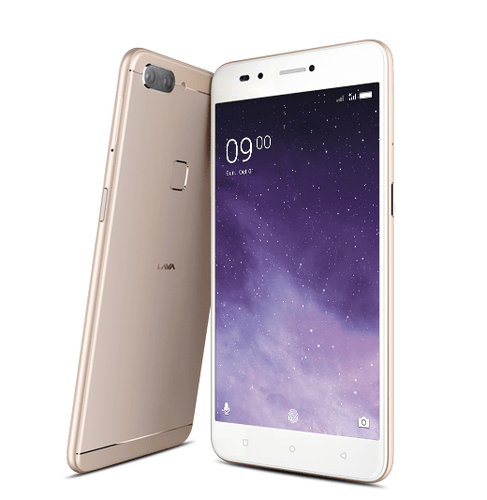 Lava International is an Indian multinational company founded by Hari Om Rai and his partners with its headquarters in Noida, Uttarpradesh. The company deals in smartphones, laptops, computer hardware, and consumer electronics. Lava gained popularity by introducing its Iris Pro series mobile phones. Lava manufactured smartphones for both the Android and the Windows operating system. Some other popular brands from Lava include Xolo X50, Z1, Z2, Z3, Z4, Z5, Z6, and myZ. 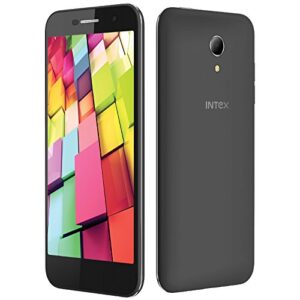 Intex Technologies was incorporated in 1996 by Narendra Bansal. The company has its headquarter in New Delhi and it is a specialized manufacturer of smartphones and consumer electronics. The company has introduced a series of made-in-India mobile phones like Intex Indie 5, Intex Uday, Intex Staari 10, Intex Aqua Lion E3, Intex Aqua Lion X1+, etc.
There are also some other Indian reputed mobile companies like Reliance Jio Lyf, Karbonn mobiles, IBALL mobiles, and Spice mobile who produce user-friendly and quality handsets within the budget range. So, depending on the price and other specifications you can choose anyone from the above.