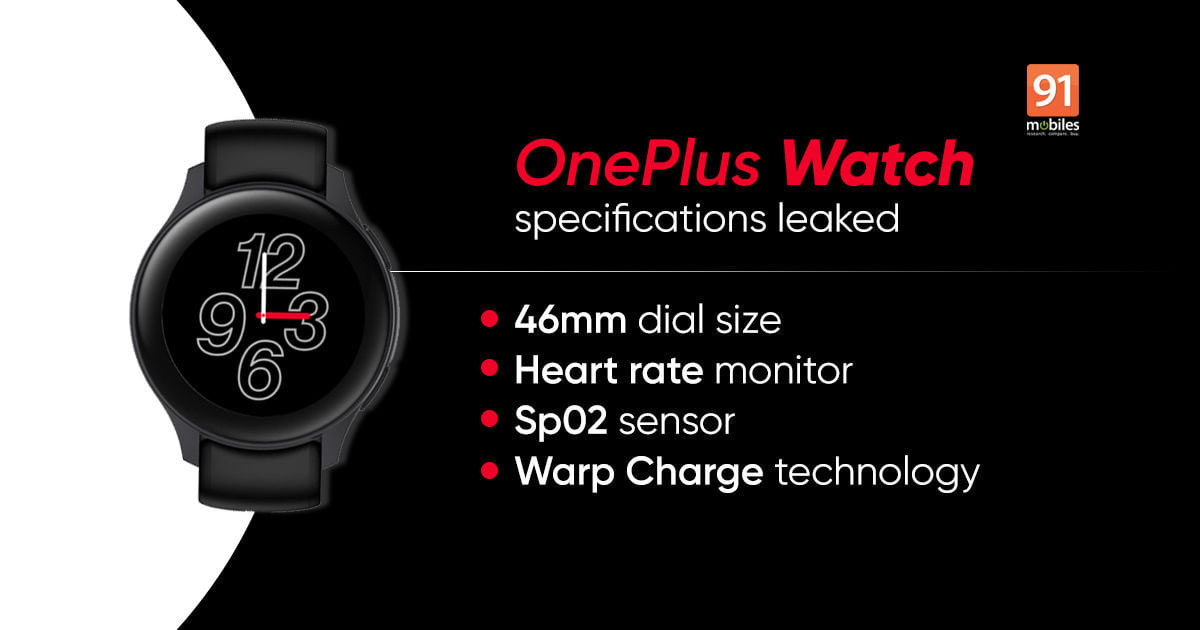 On March 23, 2021, OnePlus was all set to announce their first-ever smartwatch along with the OnePlus 9 Series smartphones. However, Earlier the news about OnePlus’s smartwatch was just news flying in the air but on March 17, 2021, with a leak, this thing was getting confirmed. Earlier, official virtual announcements were made from the OnePlus side that they are coming with smartwatches in near future, but after this event leaks it will become confirmed now, and OnePlus is all set to crowd the smartwatch market.

Let’s roll into the details about the OnePlus Watch, and this article comprises everything we know and what is going on on the Internet about the Watch.

In an interview, OnePlus officials said that they were trying to expand the domain of their business by looking for other gadgets that users use with their smartphones for an interconnected experience and that is why they are now also focusing on smartwatches. Also, according to the smartwatches are more than just gadgets that monitors heart rates, tell time and offer customization, ultimately they took personal digital experience to next level. Because of the exceptional performance and runaway hit of OnePlus’s previous products, users and tech experts are expecting something different and outstanding from the OnePlus Watch.

OnePlus Watch comes into existence when it gets listed on the Infocomm  Media Development Authority website. But after the listing, the entire 2020 has been passed away fighting against COVID-19 and in the wait that when will the rest of the information and specifications about the OnePlus Watch get revealed.

But now the wait is over. No other than but OnePlus CEO Pete Lau in a tweet last year on December 2021 said that they are making a watch and will arrive “early next year”, that is early in 2021.

And there is a chance that the OnePlus Watch will debut along with the OnePlus 9 series on March 23, 2021.

Sadly, there is no information related to the OnePlus Watch price is available currently. Also, since the Watch is the first-ever in the smartwatch segment from OnePlus we cannot conclude anything because there are no existing products in this segment from them. However, in an email on 17 March, OnePlus said, “they are trying to set an affordable price from their smartwatch so that more and more global OnePlus users can enjoy seamless connectivity”.

From sources, there is a hint that the OnePlus Watch will have Silver and Black options in colour, and will have a dial of size 46mm. Although it is not clear right now that 46 mm will the sole size of the smartwatch, or there is a smaller model also.

The Watch will come with storage of 4 GB. Just like any other smartwatch, notifications from the connected device will be getting displayed on the OnePlus Watch. Besides, it will also work as a remote control for OnePlus smart TVs and let you control music on your connected device.

Though the Watch’s battery capacity is still unknown, a few sources say that it will come with Wrap Charge technology, offering 7 days power in just 20 minutes.

At this point, nobody knows whether the OnePlus will run on Google’s Wear OS or a custom Operating System from the company. But from sources, it is pretty obvious that the Watch will come in LTE and Standard variants, and using this you will be able to answer and make phone calls from the wearable’s interface itself.

The unveiling is just less than a week away and the hype is already starting to gather around. And at this point, the OnePlus should start teasing with concept arts about is the first wearable to gather more attention from users globally.

While talking about whether the Watch will run on Google’s Wear OS or a custom Operating System from the company, the CEO, and Co-founder of OnePlus, Pete Lou has confirmed that the com[pany is going for custom OS for the wearable. The awaited smartwatch was earlier assumed to run on Google,s Wear OS. However, it appears that the company is opting for its custom Os for good power efficiency and seamless compatibility with its other devices.

Furthermore, Pete Lou said that the OnePlus upcoming wearable will feature and run on a Smart Wear OS based on Real-Time Operating System i.e. RTOS instead of running on Google’s Wear OS. In a reply to a user on forums of the OnePlus Community, he added, “We believe that the Custom OS from the company will offer a seamless and reliable experience with great battery life. And all the concerns that the company hears from the people while buying a smartwatch will also be covered with this OS.”

Last year in December, Pete said that the company was steadily working with Google regarding improvements for better inter-operability to Google’s Wear OS. But he did not openly tease any details about Wear OS presence on the Watch.

But Pete Lau teases some information about the OnePlus Watch on the OnePlus Community to create hype around it. He said that to make the wearable a distinct option in the smartwatch market it will come with a “burdenless and stunning design”. He also emphasizes “seamless connectivity of the OnePlus Watch” with OnePlus TVs, audio peripherals, smartphones, and other smart wearables. With this users will control connected devices directly from their wrist, similarly to an Apple Watch.

“For the devices that are part of the ecosystem of OnePlus, the company’s priority is to provide uninterrupted connectivity, fashionable design and to offer a superior experience to users. And the all-new OnePlus is no less in any parameter.” Lau said.

For a long, the OnePlus is teasing their watch to have a “best-in-class experience” at an “affordable price”.

With Wrap Charge fast charging, the Watch is also rumored to have an SPO2 monitor, IP68- water resistance certified, and heart rate monitor.

Alongside the Watch, the OnePlus is speculated to have a top-end OnePlus Watch RX in the works. The latter could run on Wear OS by Google or a tweaked Android version.

Other than the Watch, OnePlus is also working on OnePlus Watch RX which is a top-end watch that is in work. Including this and other upcoming wearables from the company may run on Google’S Wear OS or other tweaked Android.

The Leak of Another Product

Other than the OnePlus Watch another product, the OnePlus Band is also rumored to be launched with the OnePlus 9 Series or near to it. Early this year few reposts claim that the tech giant will launch the Band within the first three months of 2021.  The OnePlus Band is a cheap alternative to the Watch. This band will also get launched simultaneously with the watch on March 23, 2021, but the email on March 17 has no reference to the band so the chances are less to see the OnePlus Band in the upcoming event.