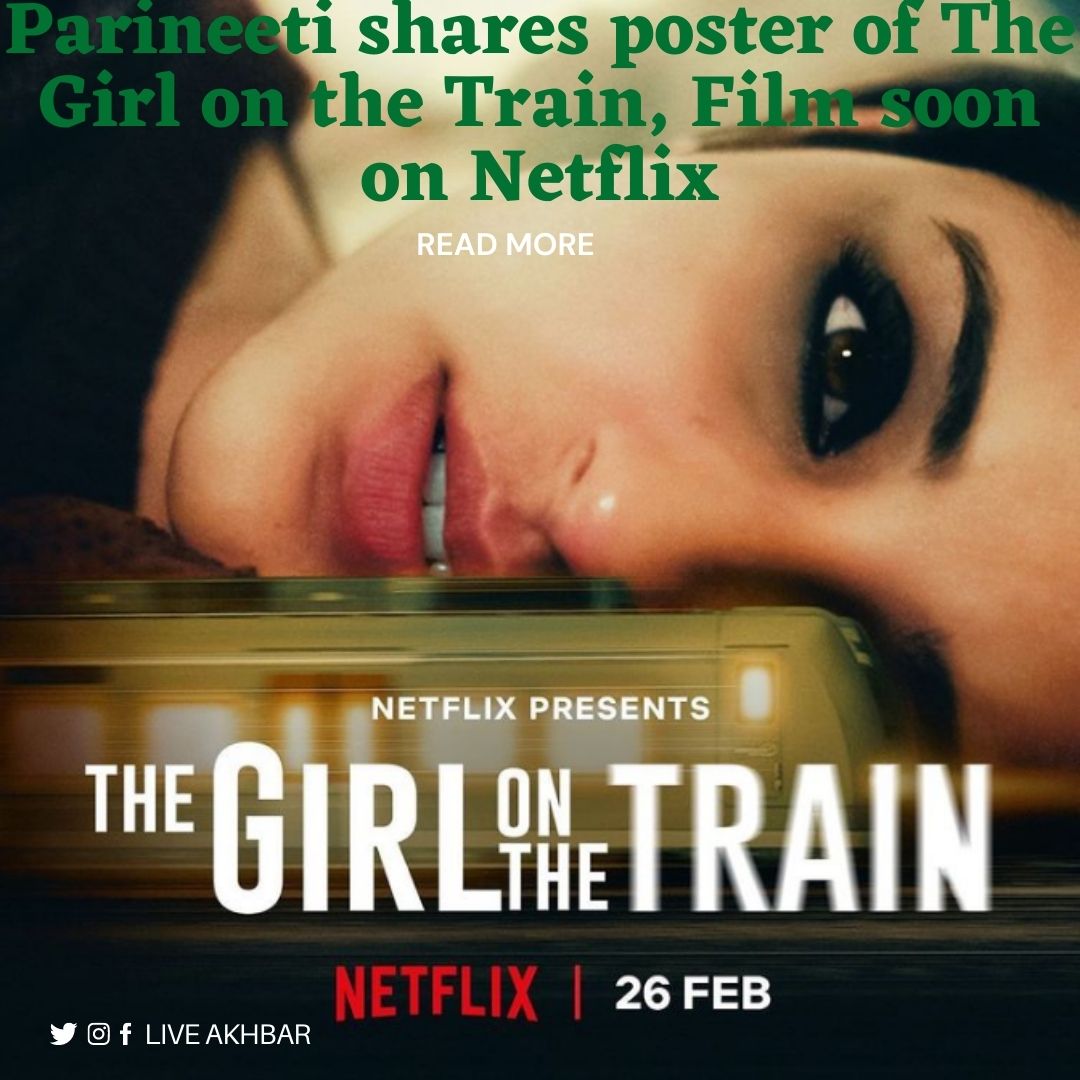 Finally, Parineeti Chopra’s The Girl on the Train has joined the band of those films which is gets released on OTT platforms directly. It is the much-awaited movie that is now all set to release on Netflix in February. The audience witnessed actress Parineeti Chopra sharing and releasing the very first teaser of her upcoming film. Actually, it is a Hindi remake of a film of the same title starring Emily Blunt. The Girl on the Train is a 2015 best-seller and is written by Paula Hawkins. So, the film is based on this story-line. This makes the audience expect a little higher from this movie. However, the trailer is released on Parineeti’s Instagram handle, fans are now more excited to watch this. So, here we have come up with The Girl on the Train release date, main cast, plot, first looks, posters, and every update of this upcoming movie.

The Girl on the Train Release Date

It is not new to hear that this movie also faced a delay because of the COVID-19 pandemic. Firstly it was 8th May 2022 when it was scheduled to be released. But the reason being coronavirus, it got delayed and now it will be releasing on 26th February 2021. Netflix will be the platform where the people will be able to watch this movie. It was the Instagram post of Parineeti Chopra which announced that her movie will be on Netflix on 26th February. Sharing the teaser of this film she wrote, THE GIRL ON THE TRAIN LET’S DO THIS! The looks and the teaser of the film are quite intense. Moreover, the actress shared fresh posters along with the trailer too and it is receiving heartwarming responses from the fans. Therefore, we all are now excited for her upcoming movie.

Cast Of The Girl on the Train

People are going to watch many remarkable actors in this movie. Some of them are from foreign lands and at the same time from Bollywood. Talking about the main caste we would see that Parineeti Chopra is in the lead role. In fact, The Co-stars has a British actress, Sammy Jonas Heaney, who is being introduced through this movie. The list of the main cast is:

ALSO READ: WHEN WILL TOMORROW SEASON 2 BE RELEASED?

On her Instagram handle, Parineeti Chopra released the teaser of The Girl on the Train and her look in the film. Sharing a poster of the film she promoted her movie and seemed very excited. On the other hand, Priyanka Chopra also expresses her excitement for her cousin’s movie after the teaser was released online on Netflix. On her Instagram story, she posted the official trailer and wrote that she is proud of her girl, Parineeti Chopra. As the movie will be releasing on 26th February, the production team is expecting to receive a good response from the audience.

About The Girl on the Train

As already discussed it is the Hindi remake of the Hollywood version. This Hollywood movie was directed by Tate Taylor and was released in 2016. Moreover, This story is about Meera, played by Parineeti Chopra, during her regular commute on the train, she fixates on the perfect lives of a couple. But, one day it was shocking for her when she witnesses something unusual and not ordinary. The journey continues where she tries to reveal the truth. This is what the filming is done upon. The film is set in the United Kingdom.

Moreover, Ribhu Dasgupta is the director of Parineeti’s upcoming project and will be produced under the banner of Reliance Entertainment.

Next Projects and Film Of Parineeti Chopra

Parineeti’s next project includes a film of Ribhu Dasgupta which is not titled yet. This movie will feature the role of an undercover agent. Sandeep Aur Pinky Faraar is a film by Dibakar Banerjee starring her so currently, she is in the wait for its release. In fact, it was supposed to be released in March 2020 but the theaters were closed because of the coronavirus pandemic and lockdown and therefore its release is now facing a delay. The filmmakers are still deciding upon its new release date. This movie also features Arjun Kapoor in the lead role. Moreover, Parineeti Chopra is also preparing for a biopic film on Sania Nehwal.