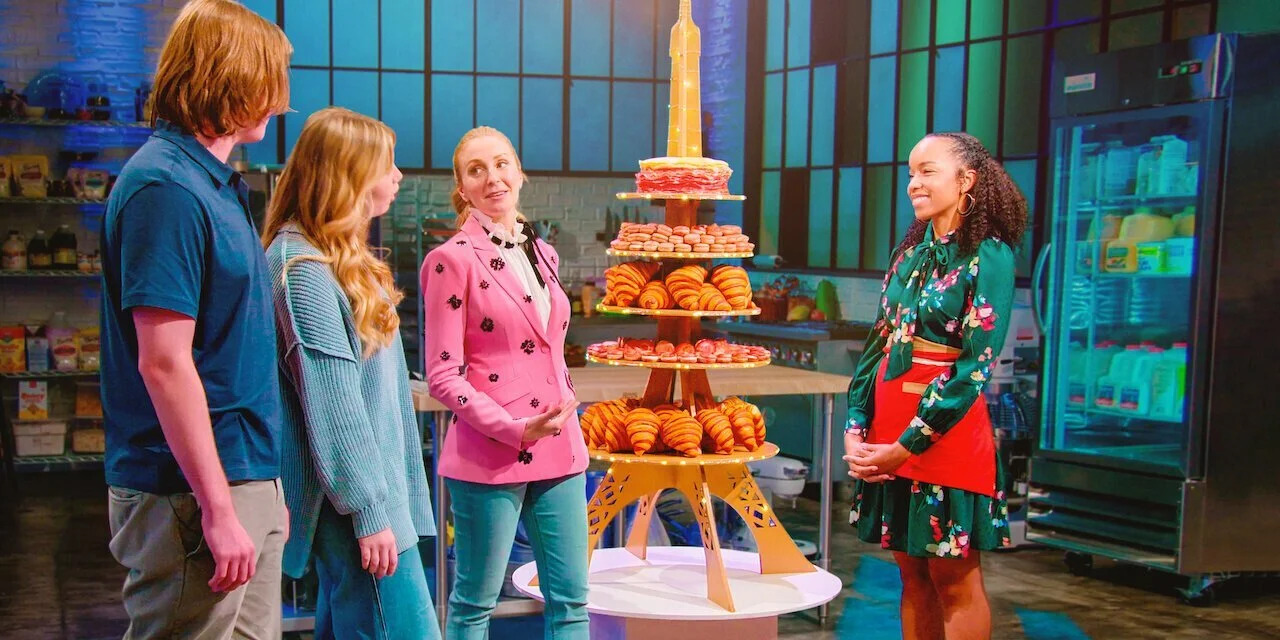 There is hardly anyone who doesn’t enjoy the luscious baked delicacies. We are all fans of those sweet explosives, aren’t we? The chocolates and those vibrant colours always lure us, right? We all are huge fans of these baked goods, but we aren’t the perfect bakers sadly. So, watching professional bakers have become our guilty pleasure. Bake Squad is one such series that allows us to witness the creation of mouth-watering dishes.

This isn’t a win-the-trophy show, it is more of a win-the-smile show which is bound to make you grin all the time! The contestant doesn’t compete against each other for a title, they are already well-established professional bakers. This unique cooking show has already managed to garner millions of fans who are looking forward to the season 3 updates. Here is what we all know about the upcoming series!

When it comes down to cooking shows, there is hardly any twist we expect. We know there’ll be mind-boggling challenges and insanely talented chefs and in the end, one of these chefs would claim the trophy. But with Bake Squad, there is no trophy and there are no struggling chefs. What we have is four highly acclaimed bakers and chocolatiers trying to make a dish that will be chosen by the guest making them smile in turn.

Season 1 was released in late 2021 and season 2 made a grand appearance in early 2023. We are expecting Bake Squad season 3 to start making our mouths water by late 2024 or early 2025. Though the makers are yet to comment on season 3, we don’t see it getting the red flag yet. Hopefully, we would have more concrete information soon!

READ THIS: The Makanai: Cooking for the Maiko House Season 2 Release Date & Spoilers!

Bake Squad Season 3: Who Could Be In The Cast?

This brilliantly crafted, amazingly thoughtful series is brought to us by the most talented producer Yasmin Shackleton. Both seasons are hosted by the creator of one of the most beloved chocolate brands, Milk Bar, Christina Tosi. She is the sass of the show, her quirkiness is something you’ll throughout the series. She is also the host of multiple other shows and has won several titles. In this series, she is the connection between the guests and the chefs.

This series revolves around four judges who have already won several trophies, now they are here to collect smiles and assist the guests making their ostentatious occasion more special. These chefs include Ashley Holt, Maya-Camille Broussard, Gonzo Jimenez, and Christophe Rull.

Holt is a self-made cake artist who creates the most visually appealing cakes. Broussard is known for her luscious pies while Rull brings his French palette into the show. Gonzo can do wonders with chocolate and is often considered undefeatable when it comes down to dealing with chocolates.

The format of the show is quite simple. Four baking professionals try to impress the guest with their dishes and win the episode. These guests then choose the best dish and click a photo with the winning chef and our satirical Tosi and take away this dish for their special occasion.

This series is brimming with fun, spectacular dishes and extraordinary concepts. You’ll love how Tosi tries to help these chefs and assist them, how her cuteness balances the dull angles easily. This is an episode-based series where the occasion and guests keep changing but the concept remains the same which can get a bit boring at times. But the splendour smiles and those perfectly crafted dishes are most definitely worth watching!

FOR YOU: Queen Of Mystery Season 3 Release Date And Spoilers!

Is There A Trailer Available For Bake Squad Season 3?

No trailer, no announcement. We haven’t got any confirmations for the Bake Squad season 3 yet which is why we have no trailer either. But we will hopefully get a quirky, sweet and cute trailer soon!

Where To Watch Bake Squad Season 3?

Bake Squad is a Netflix original series with minimum episodes that are all under the one-hour mark. We have witnessed two outstanding seasons so far, hopefully, season 3 won’t take too long.

Yes, Bake Squad is a Netflix original premiere available only on this streaming platform.

2. Who Is The Creator Of The Bake Squad Series?

Christina Tosi is the creator of the Bake Squad series.

3. When Was Bake Squad Season 1 Released?

4. What Is The Release Date Of Bake Squad Season 2?

5. Do The Chefs Change In The Bake Squad Series?

So far we haven’t seen any change in the series, only the occasions.

6. Is The Series Bake Squad Series Worth Watching?

If you’re into cooking shows and enjoy watching mouth-watering dishes come to life, you will love the show. Only, be a bit motivated to watch this show to the end since it sometimes gets dull. But there is Christina to enlighten it at those times!