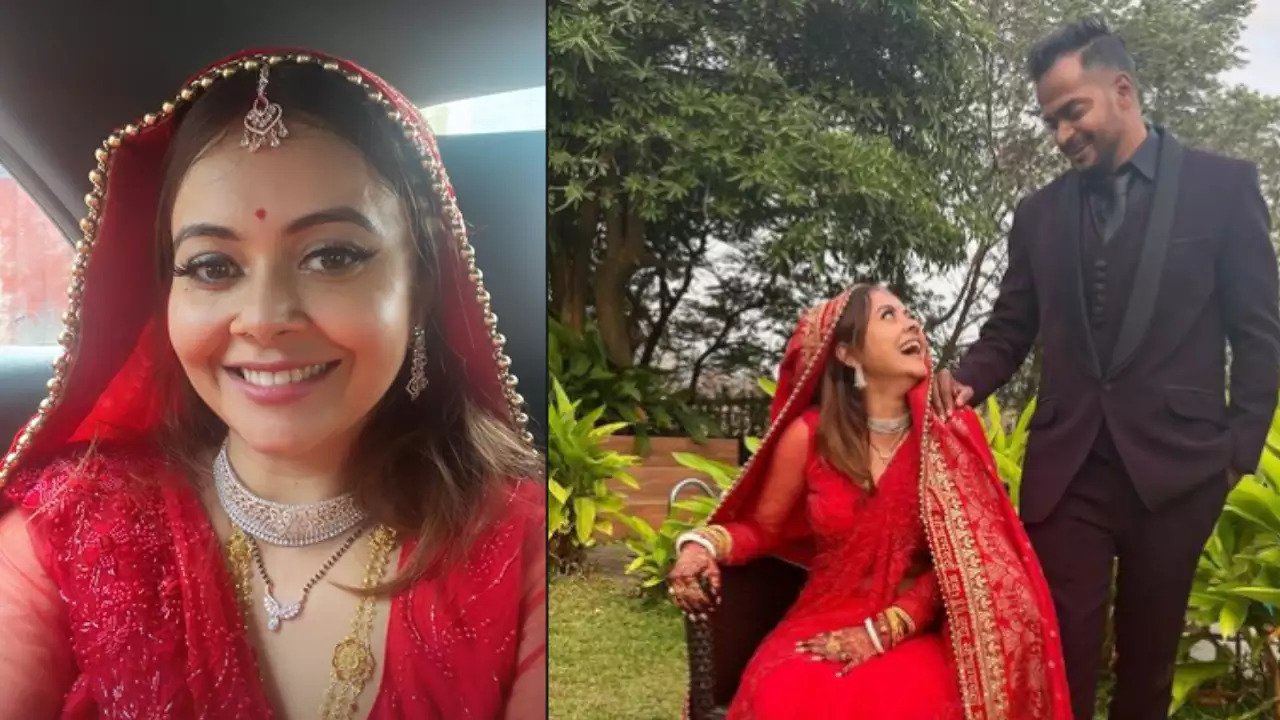 Devoleena Bhattacharjee is no longer single. She has finally tied her wedding knot and we can’t wait to deliver the happy wishes to her. She looked stunning in her wedding outfit. “Gopi Bahu” fans are extremely happy for her. She is a loving human being and we all know how close she is with Rashmi Desai. Devoleena Bhattacharjee grabbed our attention in June 2012. That’s the year she was added to the cast list of “Saath Nibhana Saathiya”. This particular Star Plus TV show was a big break for her. There is no doubt in the fact that she nailed the role of “Gopi Bahu”. We have also seen her incredible performance in Bigg Boss!

She entered as a full-fledged contestant in Bigg Boss season 13, though due to medical issues, she couldn’t complete her journey in the giant BB house. While in season 14, we saw her as a proxy for Eijaz Khan. Again, in Bigg Boss season 15, we saw her as a wild card contestant! Season 15 was a game-changer for her. Her sweet and genuine friendship with Rashmi Desai won our hearts. Now that she is married, we can’t wait to see what goes on in her present love life! She is all set to begin her married life. But hey there, first things first, do you know the name of her husband?

Who Is Devoleena Bhattacharjee’s Husband?

The big news is out. Devoleena Bhattacharjee has tied the knot with Shahnawaz Sheikh. Sources confirmed that Shahnawaz happens to be her gym trainer. They have been in love for years now and finally, they decided to take a big step for themselves. They had a cordial marriage ceremony. Even all the pre-wedding functions had a small guest list which mostly included her family members and close friends. Currently, there is not much information known about Shahnawaz Sheikh, but hopefully, with time, we will get to know more about him.

According to our inner sources, Devoleena Bhattacharjee is planning to hold a big reception ceremony. The guest list for the reception ceremony might be pretty huge. Only a few of her close friends know about her long-time boyfriend, Shahnawaz Sheikh. But finally, she is ready to face the world. The couple has officiated their relationship. They are now husband and wife and we can’t wait to see the beginning of their wedding journey. The popular Star Plus actor has recently posted a lot of pictures from her wedding ceremony. She went for a simple court registry where she was wearing a gorgeous red saree. She topped the look with a red “Chunari” while her husband was captured in a stylish black suit.

The couple looks pretty adorable in the wedding photographs and videos. Devoleena’s intense love for her husband, Shahnawaz Sheikh is visible in her Instagram posts. All those cute captions have won a ton of hearts out there. Vishal Singh and Bhavini Purohit were seen alongside the newlywed. All four were pictured outside of the civil court. Devoleena has also posted some exclusive shots from her post-wedding ceremonies. If you still haven’t rolled your eyes over the wedding pictures and videos, then what are you waiting for? All the pictures and videos of Devoleena Bhattacharjee’s wedding celebrations are listed on her official Instagram account.

ALSO READ – Who Is Lata Mangeshkar’s Husband? Was She Married?

This December was super special for “Gopi Bahu”. Devoleena Bhattacharjee is all set and ready to begin her married life. She is looking forward to the new phase of her life and Shahnawaz Sheikh is ready to accompany her. Sources say they were in a relationship for the past three years. Just like every normal couple out there, Shahnawaz and Devoleena as well have faced a lot of ups and downs together. They have been with one another through thick and thin and we can’t wait to see what the future holds for them.

In Bigg Boss season 15, we did sometimes see Devoleena talking about Shahnawaz Sheikh. She preferably calls him “Shonu” and finally after years, she managed to take a crucial decision for herself. Sources say they tried to keep the ceremony private. The audience had no clue that Devoleena is planning to tie the knot this year. The big event happened on 14th December 2022. The exact date of the reception event is yet not known to us. But it might happen within the next week. To get more such juicy updates on celebrity love life, stay connected with us, just right here.