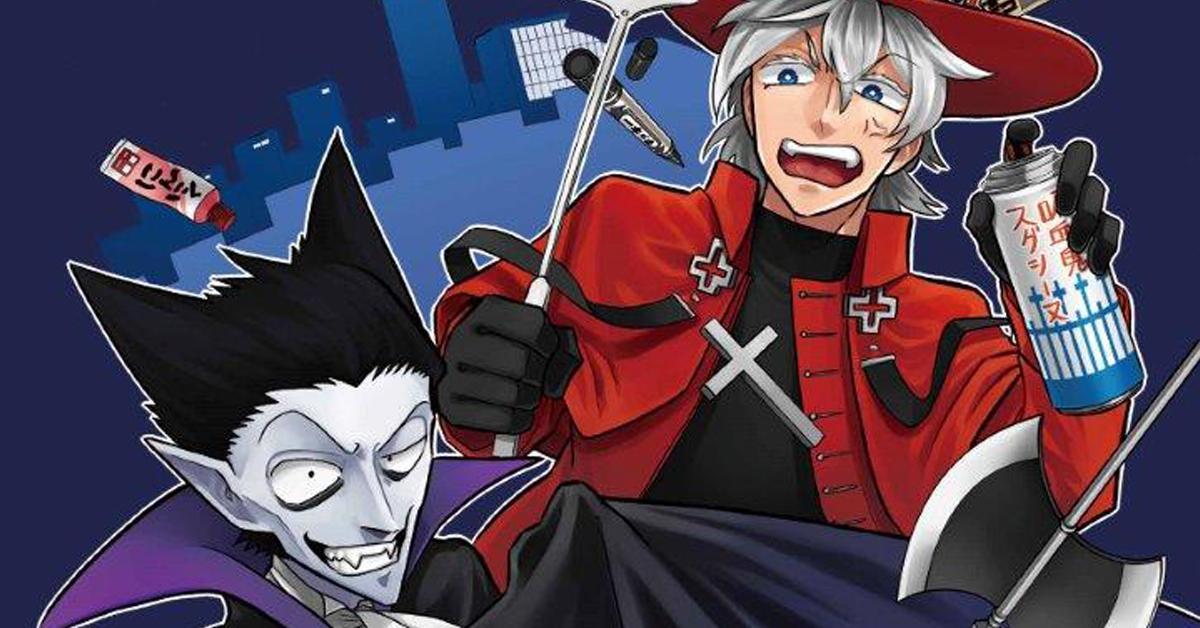 With Halloween approaching, spooky and macabre series are gaining popularity. Add a tint of comedy and a bit of absurdity, and the series becomes the perfect choice to binge on. The Vampire Dies in No Time is one such hilarious series that will make your stomach ache. With its next-level absurdity and hilarious characters, this anime has become one of the most popular series of all time.

Millions of anime lovers have loved the first season of this show. Ever since it ended, we’ve all been waiting for season 2, and it seems like our wait is finally over. The makers have announced a release date. The anime is set to return in early January 2023. But what’s the exact date?

The Vampire Dies In No Time Season 2 Release Date

At the time of the season 1 finale, the makers announced the return of season 2. In late 2022 the season was given green light. But we have been waiting for almost a year for this series. A year in which we all have been keeping an eye out for the release date and silently praying for a solid release date. Now our prayers seem to have been answered.

The makers have finally announced the release date. The Vampire Dies in No Time Season 2 is set to release on January 9, 2023. Just as the creators of the series promised, we are going to get a refreshing season soon. The anticipation has been flaring ever since the date has been finalized. Hopefully, season 2 will be worth this excruciating wait!

MUST READ: What Are The Updates On The Fire Force Season 3 Release Date?

The Vampire Dies in No Time Season 2 Possible Stroy

Since this series doesn’t follow a strict storyline, we are expecting a few surprising and funny twists and turns. The Vampire Dies in No Time is an adaptation of the Japanese manga of the same name. The anime closely follows the manga but does not seem to pick every plot, making predicting the plot for season 2 a little difficult.

It is possible that we will be getting to know our vampire Draluc’s family in detail. Or maybe this time we would get to know more about Ronaldo and his heritage. Season 2 might bring up new vampires that our vampire hunters will hunt down. Whatever the plot might be, the banter between Ronaldo and Dragu is expected to be the same, if not better.

The Vampire Dies in No Time: Season 2 Characters

Draluc, the most confusing vampire ever, is sure to return. Voiced by Jun Fukuyama in Japanese and Frank Todaro in English, Draluc is sure to come back with his invincible power. This vampire of ours has the ability to rise back from the ashes every time he dies, and he dies a million times, thus the name of the series. Draluc is secretly a good person and has a formidable reputation only because of his superpower, but he doesn’t even come close to being evil.

Ronaldo, our vampire hunter, is persistently annoyed with Draluc and has a blazing temper. He seems to kill Draluc only for the fact that he somehow managed to piss him off, and like the absurd creature he is, Draluc relishes infuriating Ronaldo. Ronaldo, voiced by Ian Sinclair in English and Mokato Furukawa in Japanese, is a successful vampire hunter.

Aside from our vampire hunter duo, one consistent character we keep seeing is John. Draluc’s beloved armadillo, John, seems to enjoy the attention he attracts from everyone. We kept getting new characters in the first season since this is an episode-based anime. There could be more hilarious characters in this season as well.

The Vampire Dies in No Time Season 1 Recap

A vampire is considered to be an evil blood-sucking creature with horrific looks and long fangs. But Draluc is a gentleman who enjoys cooking, respects the ladies, loves the kids, and enjoys troubling Ronald more than necessary. He is a bit weak and dies in an instant from even the smallest of wounds, which is why Ronald kills him every time he is angry.

This absurd story begins when Ronald is assigned the job of rescuing a child from the clutches of the undefeatable Dracula. Ronald somehow gets inside Draluc’s house and discovers that the boy he was trying to rescue was staying with Draluc against his will. The little boy enjoyed playing the video games Draluc owned, and he was content staying with the invincible Dracula.

On his quest to save the boy, Ronald somehow destroys Draluc’s mansion. The homeless Draluc moves in with Ronald, and the Tom-and-Jerry fights we get to witness are absolutely hilarious. The foundation of this brilliantly crafted series is their amazing relationship.

FOR YOU: Dead End: Paranormal Park Season 3 Updates! Is The Official Announcement Out Yet?

Is A Trailer Available For The Vampire Dies In No Time Season 2?

Yes, there is a hilarious trailer available for this upcoming season. The makers released a preview of the upcoming series at the finale of season 1 as well.

Where To Watch The Vampire Dies In No Time Season 2 Online?

The Vampire Dies in No Time is a Crunchyroll-exclusive anime series. All twelve episodes of the first season are available on Crunchyroll. Season 2 will premiere on this platform on January 9, 2023, and will hopefully be an incredible and hilarious series!