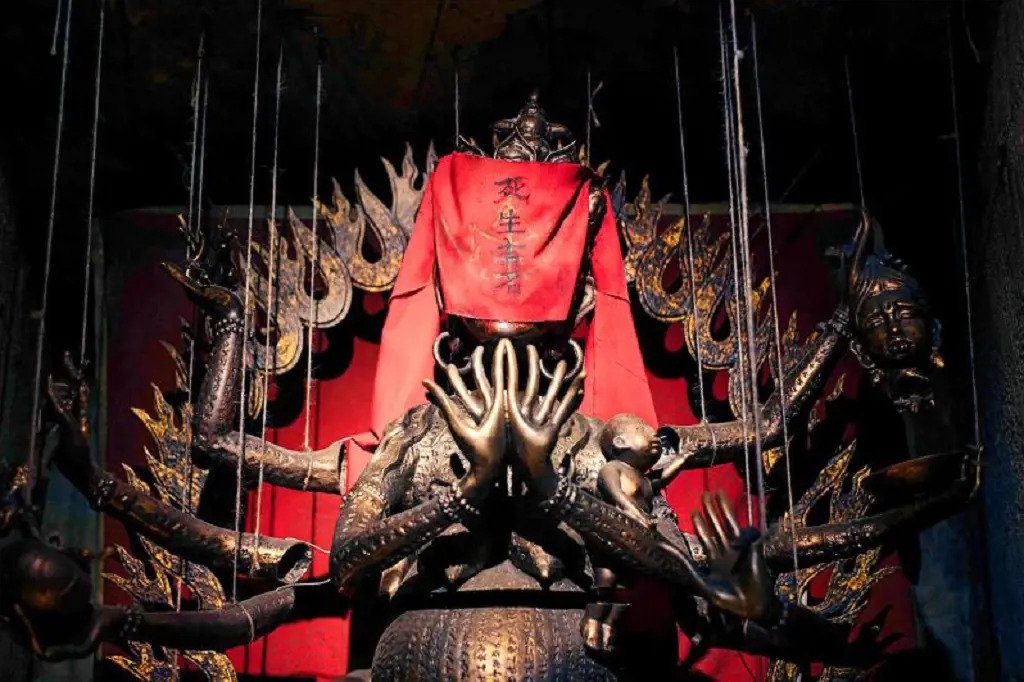 The film was first released on 18th March 2022 only in Taiwan then the makers of the movie decided to release it on the OTT platform Netflix and it has finally released on 8 July 2022. It has broken many records while released in the theaters and that too only in local theaters in Taiwan. The movie was not released internationally in any theatre, and then also it has become that popular. If we talk about its rating, IMDb rated it 6.2 out of 10. so I think now we should jump on to the main topic that is, is Incantation really based on a true story?

Is Incantation Based On A True Story?

Actually, this movie has some really scary scenes, and as we have mentioned that it is a mockumentary kind of film. It shows some real footage but the characters in this movie are all fictional, they’re all actors. So first I would like to tell you all the actors and their character names, maybe some of your favorite actors are a part of this movie. It includes Huang Sin-Ting in the role of Dodo, Sean Lin as Dom, Tsai Hsuan-yen playing Li Ronan, and Kao Ying-Hsuan as Ming.

READ MORE: Qala: Is This Emotional Minefield Based On A True Story?

So I know guys are you all anxiously waiting for the final reveal of this question, what is the exact answer, is this movie based on a true story or not? Well, audience, the movie is not based on a true story but yes it is inspired by a true event which was happened in Taiwan’s Kaohsiung in 2005. In this incident, a Taiwanese family called Wu was possessed by demons. They even killed their youngest daughter. But as you people noticed I have written that the movie is NOT based on this event, maybe it is highly INSPIRED by this event. The story of this movie also revolves around the Ronen family whose younger daughter was possessed by demons. Her behavior gets changed, she was actually in the net of evil spirits. These spirits also affect the whole family by owning them. And it shows you how the incantation works on them.

So that was the real answer to this question, we have tried to clear everything to you guys. Hope you all like this, and if you are a true fan of watching horror films, then you must give it a try.

Till now there is no information regarding the second part of Incantation full the makers have not decided anything regarding this project yet. Usually, documentaries do not contain many seasons like 2 or 3, but we can’t say anything right now, at this moment, because this movie has already impressed the audience, so maybe the director would think to come back with another story on the same plot.

Where To Watch Incantation Online?

Incantation was released back in July 2022 on the streaming platform Netflix. If you have not watched this movie yet, then go and catch it up on Netflix.

READ MORE: Is The Masked Scammer Based On A True Story?