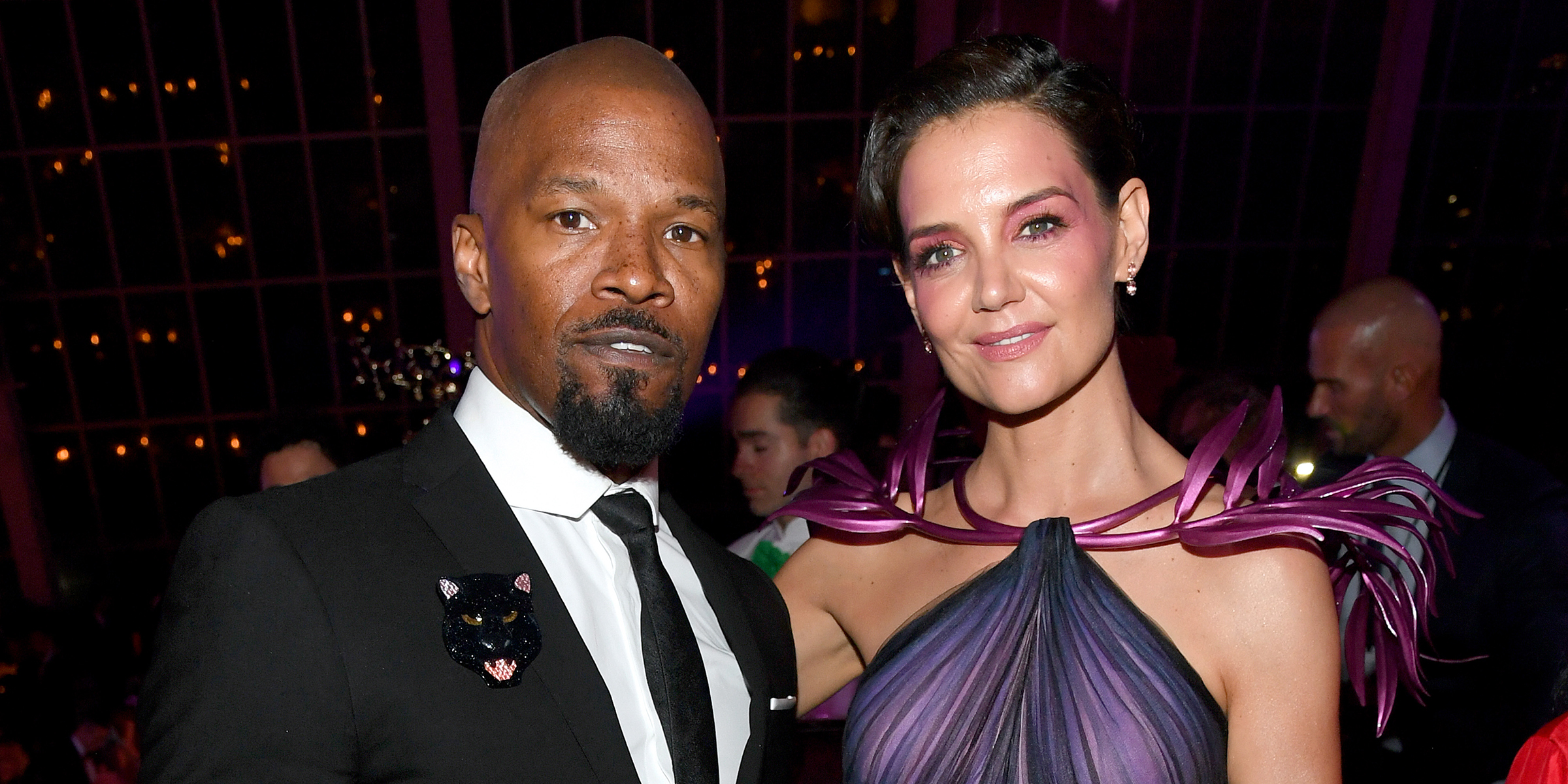 Katie Holmes was first spotted with Jamie Foxx on 25th August 2013. We all know Katie Holmes was previously married to Tom Cruise. Particularly in the year 2012, we saw the end of their marriage. A year later Katie was seen along with Foxx. They were dancing hand in hand. If we are not wrong, the couple was first captured at a lavish East Hampton dinner party. The story begins here. So let’s not delay any further and jump into the main discussion of the day.

Before they announced their relationship officially, Katie was often seen visiting his old friend, Foxx! From spending hours together to taking a weekend trip. Things became quite serious here. Back in May 2017, Katie Holmes took a trip with Jamie Foxx. They visited the love land, Paris.

As per sources, Foxx was in Paris itself. He was filming for his movie, Robin Hood. Looks like Katie planned to surprise Foxx. After their Paris trip, they were spotted together on a private jet. The same year, they were again spotted on a beach in Malibu. The walk was pretty romantic. Looks like the two had a pleasant day together.

Walking barefoot with intertwined fingers, the two surely enjoy each other’s company a lot. They were also seen enjoying the water bath in Malibu. Again on 5th December 2017, Katie Holmes was seen at the opening ceremony of Privé Revaux. It’s a lavish eyewear brand that was started by Jamie Foxx. You can spot the store in New York City. Katie was supporting his long-time friend!

In 2017, Jamie turned 50, he completed his half-century and this calls for a grand celebration. A private party was organized at the Highlight Room. Katie along with other close celebrity friends of Jamie was invited to the party. After they wrapped up the party, Katie was seen leaving with Foxx. Looks like they went to Paramount Pictures. It was a cordial night out for them.

Coming to 2018, Jamie Foxx celebrated Valentine’s Day with Katie Holmes. They celebrated the day by playing basketball in Los Angeles to celebrate Valentine’s Day in 2018. The same year in August, we captured Jamie Foxx leaving Katie’s apartment. They never addressed their relationship rumors publicly. They always liked to maintain the secrecy of their relationship. Moreover, both Holmes and Foxx are pretty private about their love life.

The mysterious couple was also spotted in Atlanta. They were working out together. Their love for one another is captured in the pictures. They even bought new bikes in Atlanta. The bike ride was pretty pleasant for both of them.

Again in November 2018, Katie Holmes had a romantic dinner with Jamie Foxx. Both were pretty caught up with work and finally got some time to spend together. They were seen at Restaurant R’evolution situated in New Orleans. Coming to 18th December 2018, Katie Holmes turned 40 and how could Foxx not be with her? They celebrated at Serendipity in New York City. Sources say that Holme’s mother was also invited to the small celebration.

Their relationship became quite serious in 2018. Date nights and quirky lunch plans became quite regular for them. They were together till 2019. We even saw them together at the Met Gala. They did not walk the carpet together. But their chemistry was properly visible to us!

ALSO READ: Who Is Jack Laugher Girlfriend? Is He Single Or Engaged?

Well, nothing can be said with surety right now. They never publicly addressed the relationship rumors. Sources say they have officially decided to part ways. They had a deep affection for one another. We couldn’t deny the fact that they would have made up a cute couple! But at the end of the day, they are no longer captured together. Katie has even met Foxx’s oldest daughter. She was seen having dinner with Corrine and Foxx.

The exact reason behind their breakup is not known to us. Sources say Foxx did something which caused a brutal fight. Katie was highly upset. They were always seen as a perfect match for one another. We even guessed that they would end up together! But it looks like destiny has planned something else for them.