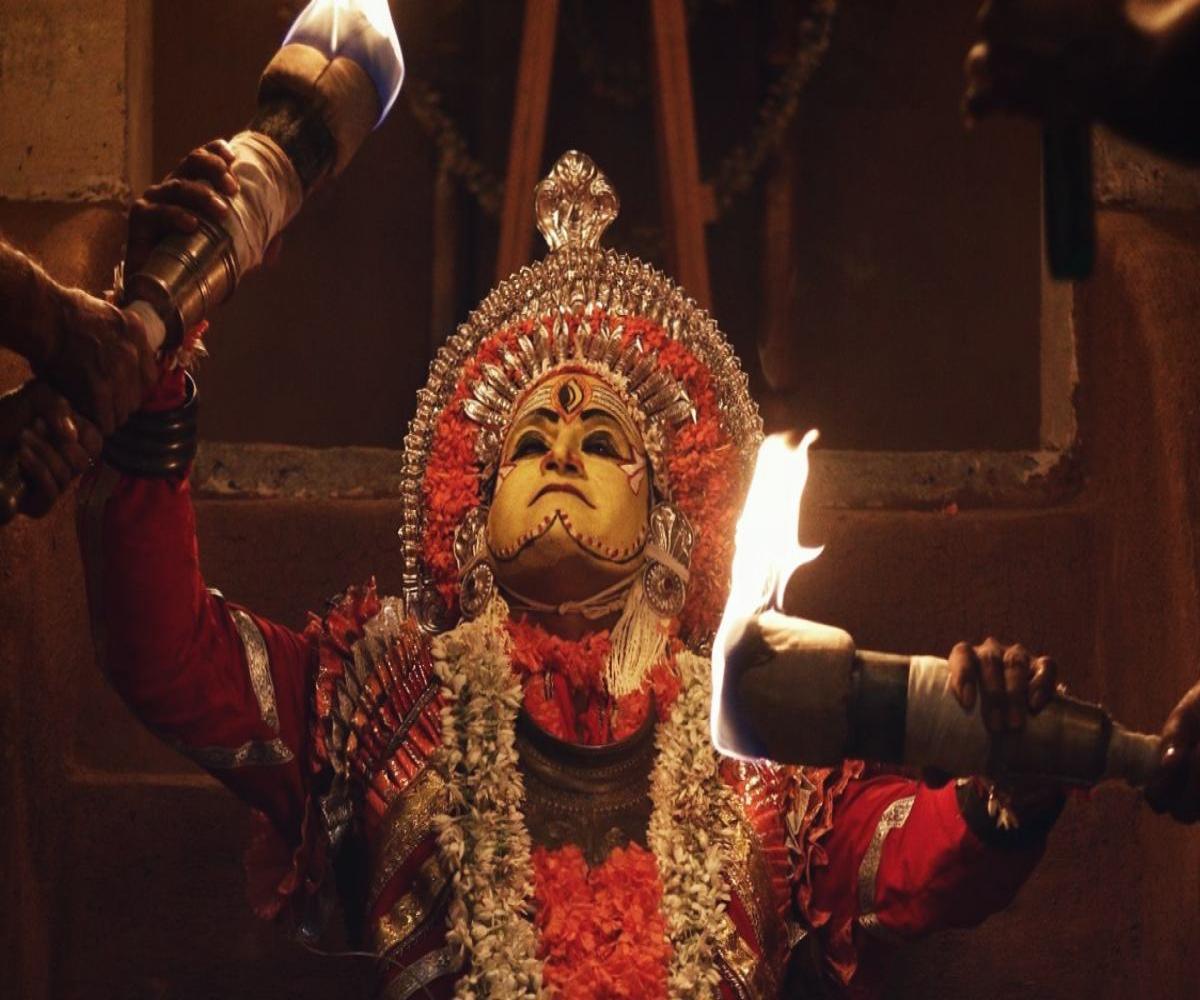 Kantara is a Kannada film written and directed by Rishab Shetty and produced by Vijay Kiragandur. Kantara has become IMDb’s highest-rated Indian film with a rating of 9.4/10 leaving behind S. S. Rajamouli’s RRR and Prashanth Neel’s KGF-2 which had an IMDb rating of 8/10 and 8.4/10 respectively. The movie was released in Telugu on the 30th of September 2022 and on the 14th of October 2022 it was released in Hindi. It became one of the highest-grossing Kannada movies and was praised and acclaimed by many known celebrities like Prabhas. He posted a poster of the said film with the caption “Watched #Kantara for the second time and what an extraordinary experience it has been! Great concept and a thrilling climax. A must watch film in theatres!!! 👍.” The action scenes were also commended and the sequences were choreographed by two-time National Award-winning action director Vikram More.

The word Kantara is referred to the forest where the cycle of re-birth takes place: a mystical forest. The movie is named Kantara because the story takes place in and around the fictitious forest named Kantara where the traditions pave a battle between man and nature itself.

Other than the story and portrayal of the film, the cast and their performance as their assigned character is spectacular and has successfully impressed the vast majority.

MUST READ || What Happened To Nandini After Ponniyin Selvan?

The story of the said movie revolves around the forest of Kantara where the people who lived followed a culture of Kambala (An annual buffalo race held in the southwestern Indian state of Karnataka) and Bhootha Kola (An Animist form of Spirit worship from the coastal districts of Tulu Nadu and some parts of Malenadu of Karnataka and Kasargod in Northern Kerala).

In the movie, people are believers, people who believe in Demigods, guardians, and the energy and power that they surround the forest with. They worship the third avatara of Lord Vishnu: ‘Lord Varaha’ and Lord Shiva’s avatara ‘Lord Rudra’ who guards the village and the forest.

The main lead in the film Shiva (Rishab Shetty) and some others fight against these always-believed traditions basically terming it as a fight against the very nature they were birthed in. These ravaging differences end up into more than just a homely battle, it takes a turn to become a war that would rewrite the history of the village and Kantara forest.

The story has beautifully portrayed culture, traditions, mindset, and change in a way that every single perspective seems appealing to the viewer. And because of the extraordinary appeal, this movie threw out it was termed as a masterpiece trying to bring out the hidden, often misunderstood traditions into the mainstream.

Is Rishab Shetty’s Kantara Based On A True Story?

Yes, the story of Kantara is pretty much true as it is based on an incident that took place in our creator, director, and main lead Rishab Shetty’s hometown somewhere about 30 years in the past.

The story was raw which made it diverse and alluring. The movie made Rs. 118.09 Cr in 18 days and more than anything it fed the minds and hearts of real movie lovers.

If you still haven’t, you can watch the official trailer for the movie on YouTube.

The trailer was well made and did spike enough of our curiosities but, it is one of those movies whose release review far exceeded the trailer expectation.

The trailer showcases how Shiva gets in trouble with the Kantara forest officer, the forest, and many other factors which later create a lot of problems for him. The cinematography of the entire movie is set in between the core culture of the south, it was very well handled by Arvind S. Kashyap.

Where To Watch Kantara Movie?

If you haven’t watched the movie yet you can go watch it in theatres as it is still airing, and if you are somebody who is interested in watching it online there is good news for you as well, as it would soon be made available on Amazon Prime video though the OTT release date is not yet announced.

But, with all the reviews and hype that is surrounding this movie, I suggest it would be a wonderful experience to watch it in theatres at least once.

Will there be Kantara Part 2?

Does Shiva die and become a God at the end of Kantara?

Just as His Father Disappeared into the forest Shiva too becomes Deva and meets his Father in the Same circle of Fire in the forest. Yes, he also becomes a God!

Is kantara a real story?

Yes, Kantara is a real story as told by the maker Rishabh Shetty, It all happened between a Forest Officer and a resident of that village. The storyline is from 1947.

What is the Collection of Kantara?

As of the 18th of October, the movie has a collection of 142.78 Crore across India

What was the Budget of Kantara?

The movie was filmed in 16 Crore INR.

MUST READ || Is Ram Setu Movie Based On A True Story Or Is Accumulated With Myths?