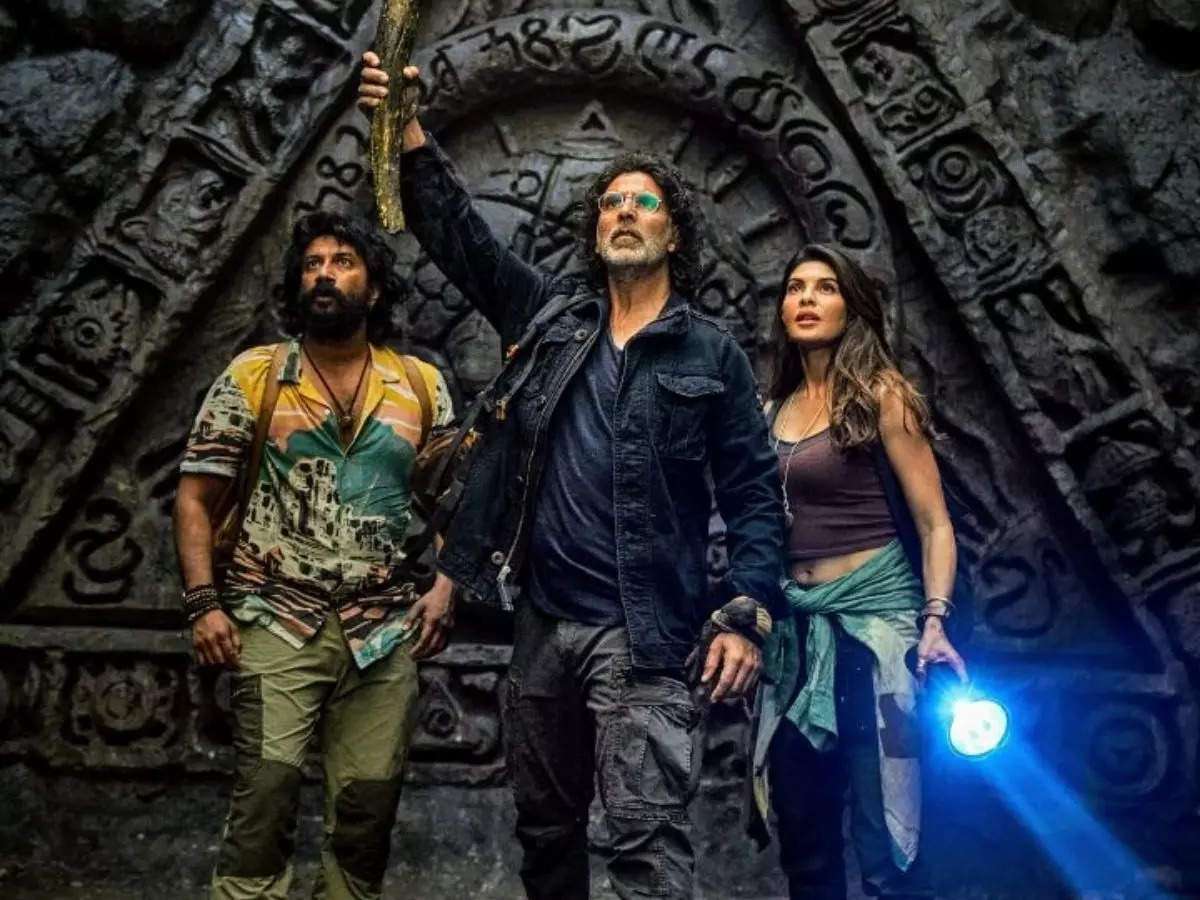 The trailer of Ram Setu is here and we cannot keep calm. Produced by Amazon Prime Productions the film is all set to release on October 25th, 2022. Directed by Abhishek Sharma, Ram Setu stars Akshay Kumar, Nushrratt Bharuccha, Jacqueline Fernandez, and Satya Deva. To give you a little gist of the story, the movie is about An archaeologist (played by Akshay Kumar) who is discovering the nature of Adam’s Bridge or in Hindi, Ram Setu.

Well, most of us are familiar with Ram Setu, but for those who need a little detail, this section is for them. Ram Setu is a bridge made up of natural limestone which starts at Rameshwaram’s Island in Tamil Nadu and ends at Mannar Islands in Srilanka. It is also said that this bridge naturally connects both countries (India And Srilanka). The Setu has seen plenty of history in its lifetime, from being above the ocean in the 15th century to 1 meter below the ocean (making its navigation hard nowadays) today. One of the US Tv channels released a documentary that said that the bridge might also be human-made. There are many myths surrounding Ram Setu.

But coming to the film, is Ram Setu based on a true story, or is it just a fictional depiction of the bridge? This is the question that brought you here. Well, here’s what we know about the story.

Is Ram Setu Movie Based On A True Story?

As mentioned the story of the film will revolve around an archaeologist who is trying to discover whether the bridge exists, and if does, what’s its nature. Vikram Malhotra, The C0-producer of the film has mentioned that the film might not be based on a true story, but the facts they will show in the film are scientific and historical. So, this somehow indicates that the film would be fictional but some events and facts in the film might be true.

What does this mean? To make it clearer, The director of Ram-Setu, Abhishek Sharma has been working on the story since 2007. What was his inspiration? Well, Sharma once heard a hearing in court related to ‘Ram-Setu’ which inspired him to write a film. This also indicated that Abhishek Sharma was inspired by some true events, so some events in the movie will be true.

MUST-READ| 17 Indian Celebrities Who Are Not On Social Media!

Moving forward, history tells (In Ramayana), Ram Setu was constructed by Rama’s Army Of Vanars, so that Ram could reach Srilanka to rescue Sita Mata who was abducted by Ravana.

In addition to this, the film was shot in Srilanka too. And the ‘Mahurat Shot’ was filmed reportedly at the Birthplace of Lord Rama, Ayodhya. Also when Akshay Kumar was interviewed for the film he said “Let us endeavor to keep alive the ideals of Ram in the consciousness of all Bharatiyas.”

To understand the film better, you should know the history of the Ram-Setu Bridge. The Island of Rameshwaram evolved 125,000 years ago. Some studies suggest that it evolved 7,000 and 18,000 years ago. And new studies based on the bridge suggest it came into existence 600-800 years ago.

A science channel show named What On Earth aired an episode called Ancient Land Bridge. In this episode, they discovered Ram-Setu’s existence. NASA too collaborated with the channel, and with the help of their satellite imagery, they proved Ram-Setu exists and it may be manmade. It’s mentioned that the sand might be natural but the limestones above it have been brought from far and manually adjusted to create a bridge. The rocks in the bridge are 7000 years old while the sand is 4000 years old.

The film is all set to release just the day after Diwali, that is 25th of October, 2022. The film is produced by Amazon, so it is going to be a theatre release, and the film will release on one of the biggest streaming platforms, Amazon Prime Video too, for the audience to watch (a little later after theatre release).

MUST-READ| Kala Chashmah Song Was Written And Sold By A Police Constable At Just 11,000!