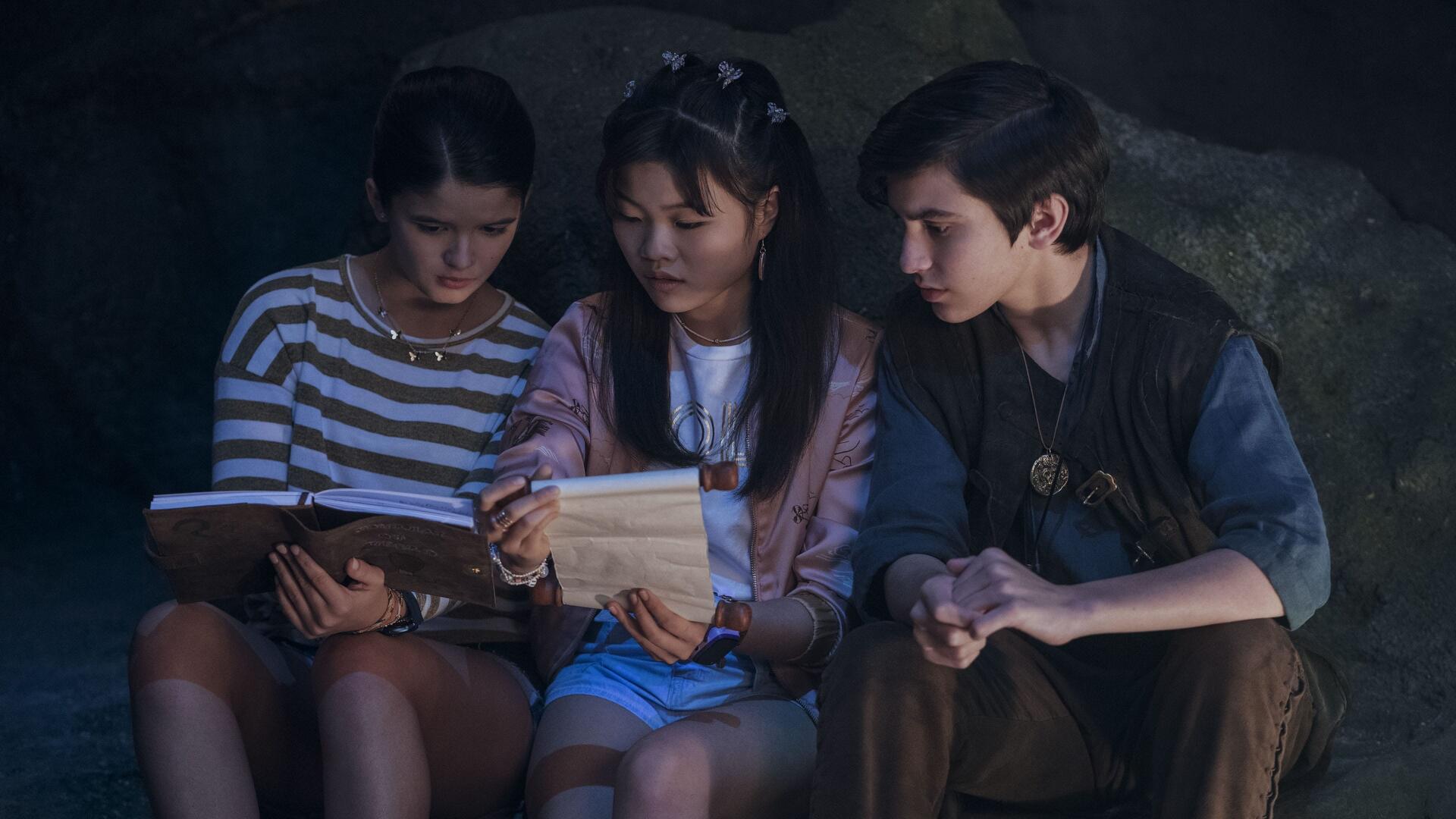 The journey of two young girls and they think it is simple but there are many secrets and mysteries on the beach, and they are ready to solve the mystery and learn about life a little bit more. Ready to be premiered on Apple Tv+, Surfside Girls starts simply but holds great learnings and magic later in their life. The life of Jade and Sam changes, they are excited to surf in their summer breaks but destiny has something else, how they will fight and learn about new powers is going to be exciting, to say the least. Directed by America Young, known for Legacies, written by May Chan, Alex Diaz, and Julie Sagalowsky Diaz, known for The Shannara Chronicles. Surfside Girls is an adaptation of IDW Publishing’s novel of the same name that is written by Kim Dwinell. This mystery series was released on August 19, 2022, and if you are already wondering about the second season, we are here to tell you the updates and also some information about the cast and story, etc.

The tale is of two friends Sam and Jade they are excited to surf over the course of summer and enjoy each other’s company, but their life is ready to go through some wild and big changes. One fine day when they were both hanging out at the beach they find a coin that looks like treasure and with the help of the people of their town, they know that there are more secrets and mysteries.

When they find the coin they both suddenly realize that the coin they just found is not normal and is actually a part of the cursed treasure. Same and Jade use their skills and intelligence to find out about the treasure and when they are searching for the cursed treasure they come across a ghost Remy and learn a lot of different things about the pilots and the life of that ghost, but Sam and Jade are also getting far from each other. They both are finding themselves and also each other as once they were close but they both can feel the change in their friendship. This story of mystery and friendships is surely worth the wait and watch, the learnings and teaching in the series Surfside Girls are great for teens and the mystery is definitely enough to make everyone feel the thrill.

The second season of Surfside Girls may get Influence from the other Kim Dwinell’s novel.

The cast of Surfside Girls is filled with young talents and all of them are surely great actors and actresses. The story has two main leads Jade played by Miya Cech who is known for Rim of the world, The Darkest Minds, Are You Afraid Of The Dark, and The Astronauts. Sam who is the other main character, is her best friend, the role of Sam is played by YaYa Gosselin and she is well-known for her role in projects such as We Can Be Heroes, FBI: Most Wanted, 13 Reason Why, and FBI. According to Reports actress, Christine Lin is also going to be on Surfside Girls in a recurring role, she is known for movies such as Abominable, The Blacklist, Listen Up Philip, and Alice In Like.

The second season can have the main cast again. Also, we might also have new faces in the next installment.

Where To Watch Surfside Girls Online?

Surfside Girls is available only on Apple TV+ as it has released on August 19, 2022.