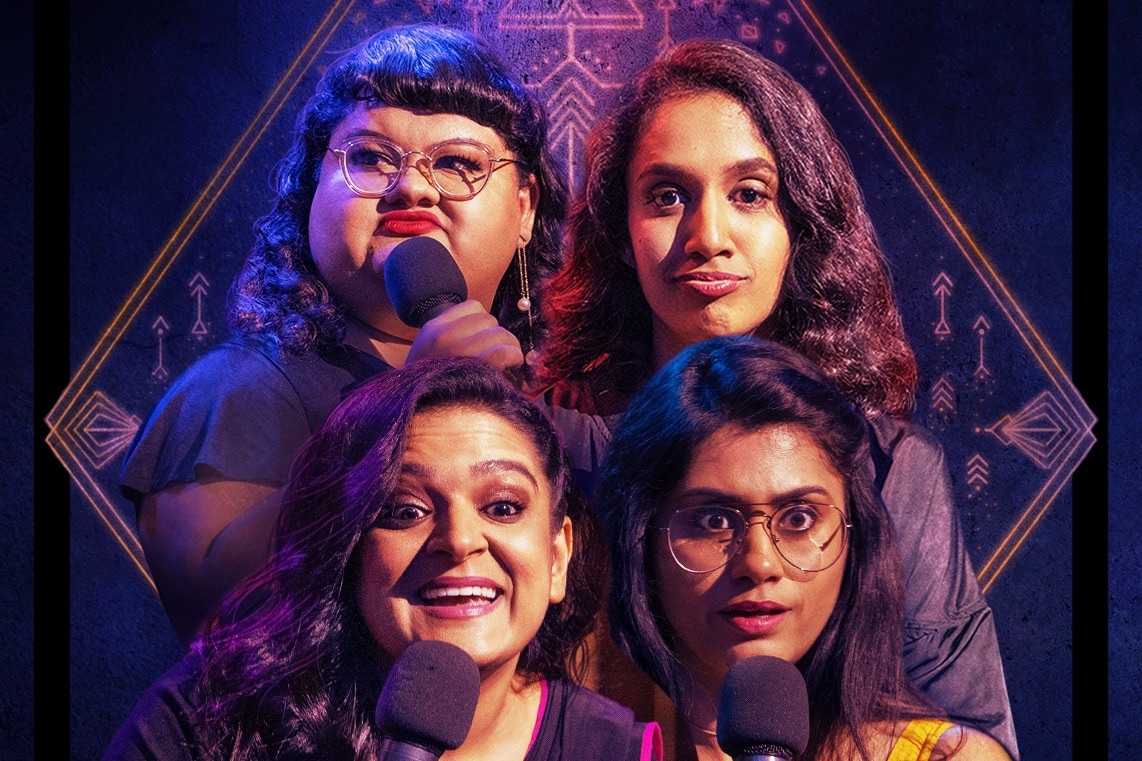 In stand-up comedy, the performer addresses the audience directly from the stage while entertaining a live audience. The performer is referred to as a comedian, stand-up, or comic.

One-liners, stories, observations, or a shtick—which may include props, music, magic tricks, or ventriloquism—make up stand-up comedy. Almost anywhere can host a performance of it, including comedy clubs, festivals, pubs, nightclubs, colleges, or theatres.

A stand-up defines their profession by creating a routine. Through the creation and rewriting of jokes and “bits,” they create their sets (jokes that are linked together). The routine is created by assembling bits to create a connected, overarching theme that leads to the closing (a final joke intended to gain the biggest reaction).

The majority of jokes consist of the premise, set-up, and punchline, with a twist, topper, or tagline frequently added for an enhanced or additional laugh. They typically involve the juxtaposition of two absurd things. Delivery depends on intonation, inflexion, attitude, timing, and other stylistic tools like the rule of three, idioms, archetypes, or wordplay. The paraprosdokian, a surprise punchline that alters the setup’s context or meaning, is another common joke structure.

Comedians may take advantage of the jester’s privilege, which gives them the freedom to debate and mock anything without facing repercussions, in order to obtain the opportunity to present their stories as truthfully as possible or to absolve themselves of responsibility for violating social norms. Who should be the “butt of the joke” is described by the phrases “punching up” and “punching down”. These operate under the presumption that comedy should “punch up” at the wealthy and powerful without “punching down” on people who are marginalized and less fortunate in light of the comedian’s own socio-political identity.

Who Are The 15 Most Famous Female Standup Comedians

Men have always dominated women, but these women physically break your stomach with their jokes and show no regard for social convention. Discover some of the most amazing Indian female stand-up comedians who are shattering stereotypes today.

Discover the finest Indian female stand-up comedians right here, who will undoubtedly demonstrate just how funny a lady can be.

ALSO READ: Is Harsh Gujral Married? Is He Still Unmarried?

Female Comedians In India Dark Side Of Standup Comedy

Shubham Mishra, a social media influencer from Vadodra in Gujarat who threatened comedian Agrima Joshua with rape and bodily assault in a highly violent video, was recently detained by police. Mishra was making reference to a film that Joshua made about a statue honoring Shivaji, a significant Maratha king of the 17th century, that was posted roughly two years ago. Joshua, incidentally, had already removed the video amid a flurry of criticism. And she had expressed regret. Mishra nevertheless continued with his video.

Celebrities like Swara Bhaskar and Kunal Kamra backed Joshua after his video went viral and urged people to speak out against the abuser. As soon as the video appeared online, women’s organizations and individuals from all over the nation asked that Mishra be held accountable. This sparked a heated discussion on how to secure women’s feelings online, particularly those who speak out against dominant culture and viewpoints.

Joshua and Malhotra aren’t the only ones who frequently suffer discrimination toward female stand-up comedians in India. In India, stand-up comedy is a relatively new art form, and female comedians are even more recent. But in the second half of the decade, Indian women comedians began to earn recognition, popularity, and a reputation for themselves,” Malhotra claims.

One of the earliest female stand-up comedians in India was Aditi Mittal. 2009 saw the debut of her stand-up routine. She bases her standup routines on her struggles with body image and the bullying she experienced in school. Neeti Palta, a fellow female comic, has a distinctive manner of giving a female’s perspective on all of her subjects, from Indian quirks to current events. Kaneej Surka, Sumukhi Suresh, Mallika Dua, and many others who are still battling to establish themselves in the very competitive industry are more recent additions to this list. The rise in the proportion of women working in comedy has not yet resulted in a general increase in societal acceptance of their achievements. Even now, comedians claim that only half the war has been won since comedy is still not a place where women feel secure. They claim that they continue to get numerous assault, rape, and murder threats, as well as harassment and abuse, particularly online.

We are frequently characterized as “simply a piece of meat.” It begins with remarks about our appearance, weight, and physical characteristics, and then, of course, rape and murder threats follow, says Malhotra.

Due to the anonymity that social media sites like YouTube, Facebook, and Instagram give trolls, particularly those who threaten rape and violence, they have grown more brazen, which encourages them to use abusive language and threats. This has made female comedians an easy target. Nearly all female comedians worth their salt have had threats of rape or death against them or other female family members.

“Trolling occurs in both sexes. Individuals lack tolerance. But when women express their opinions and make people laugh, society feels even more insecure. We can still see our crowd from the stage. Online, it is more challenging to control who reacts and how Malhotra continues.

When threats become more regular and frightening, women performers are frequently under pressure from their families, who stop supporting their comedic work.

As a result of the hatred, she frequently receives for her political jokes, Shifa Fatima, a 26-year-old budding comedian from Delhi, claims her father is not supportive of her job. She also discusses how threats of rape are frequently used as justification for targeting her because of her religion. My folks are undoubtedly frightened. They contend that avoiding humor will keep you safer than being abused and living in terror. I have been instructed not to publish any jokes about politics, religion, or any other aspect of my nation or culture.

ALSO READ: Is Anubhav Singh Bassi Married: What Is His Relationship Status?

Best Female Comedian Who Is Taking Over Screens

This might be the most enjoyable article for Vogue India that we have ever written. On a Tuesday afternoon, it was entirely acceptable for people to watch YouTube videos nonstop for four hours in the guise of research. Urooj Ashfaq, a comedian, is currently telling the audience about her interactions with her wealthy grandmother and an Uber driver. People find her to be funny and based on the number of times the video has been viewed, so do a lot of other people—all 10.2 million of them so far (and counting).

There may have never been a more difficult time to be a comic in India. However, the comedy environment has never been more colourful and diverse. The many comedic gals in the mix, like 25-year-old Navi Mumbai-based comic, writer, and actor Ashfaq, have some of the most distinctive voices. Along with Prashasti Singh, who left a lucrative corporate job to pursue comedy, Sumaira Shaikh of Amazon Funnies, Pushpavalli, and Aishwarya Mohanraj of Comicstaan and One Mic Stand.

People took a two-month break from their jobs to work on Comicstaan, Singh tells me through Zoom, but she claims that she instantly realized that life would never be the same again. The 35-year-old was raised in Amethi, Uttar Pradesh, and claims that as a child, a career in comedy wasn’t on the horizon. Her writing is inspired by her experiences growing up and living in a tiny town in India. Her performances, which she does in both Hindi and English, are well-liked by a sizable, varied, and ever-expanding audience.

READ NEXT: Deborah Robert Net Worth: How Much This Celebrity Earns?