Isaac Baruch is a painter and has been Johnny Depp’s friend since his teenage years in 1980. He is also his next door neighbour and was called as the second witness for Depp’s trial. They were close enough for Johnny to help him financially with places to live and give him about $100,000 over the years for his emergencies. He worked at the Viper room in the Los Angeles Club which was partly owned by Johnny. Issac being Johnny’s neighbour and friend has witnessed a lot of things in the past few years and claims that his friend Johnny is not the kind of person capable of doing the things mentioned in the allegations. He testifies that in the initial stages of their relationship they used to treat each other like a god and he couldn’t make out who loved whom more.

Isaac testified regarding the abuse allegations as a witness present at the scene. According to his testimony, he saw broken glass and a wine puddle on the floor in the apartment hallway on 21st May 2016. The following day is his birthday, he comes by Johnny’s house in hopes to have a birthday drink together. He finds a group of people in front of Johhny’s house. Amber contacted locksmiths and says Johnny got violent the day before and she is changing the locks. On hearing Amber’s claims of being abused by Johnny, Isaac is surprised and confirms it with her again. To this Amber replied saying “Yeah he threw a phone at me and hit me.” Isaac approaches to have a closer look at her face but notices nothing. Amber turns her head in the outward direction for Isaac to notice her right side of the face. He tries to find different angles, to make out the wound or bruise which is not found by him even inside a well-lit room. He witnesses nothing similar to a bruise, cut, swelling or redness. He decides to leave the place by making a joke and gives Amber a hug and kisses her on her very right side of the cheek to which she didn’t even flinch. He leaves after bidding goodbyes. On 23rd Amber comes to visit him around noon time once again no sign of physical attacks anywhere.

Isaac gets Emotional During Cross Question

Heard’s lawyers ask Isaac whether he was angry at Heard. To which Issac replied that he is indeed upset by the actress’ way of releasing phoney pictures in the media and tabloids. He is convinced that her side of the story is fake and is existing only to claim fraudulent Domestic Violence claim to blackmail Johnny and extort money from him. “Yeah, that kind of got me frustrated, confused, angry and upset which is why I said that the best thing to do is not talk to each other.” He says during his testimony. He wants it all to come to an end as he’s tired of all these happenings that have caused many people to suffer and the start of it all was Heard’s malicious comments and claims against Johnny (according to him, which are nothing but lies) which reached every nook and corner of the world tarnishing Johnny’s reputation. He confesses that his real wish is to watch Heard take responsibility for her actions and move on whilst both Johnny and her try to heal themselves. He talks about Johnny’s family who is devastated and ruined because of the issue. He, with tears in his eyes, feels that they’ve been wronged and it’s not fair.

On receiving a question on whether he got along with Amber, Isaac replied saying they were pretty close as he liked her a lot just like Johnny did. He further goes on to say she was respectful, gracious, and had good humour and great teeth. She would always treat him with complete respect. In his testimony, he said “Every time I walk into that place, Isaac you want something to eat, Isaac you want something to drink. There’s only one time I remember that she didn’t offer because I walked in and she is in the kitchen at the counter and she’s doing a beauty facial mask and she can’t offer me. ” They make a joke about it and laugh which shows they bonded quite well with each other.

Where To Watch Hearings?

The testimonies and hearings can be watched on YouTube.

ALSO READ: Know Everything About Jacob Elordi Relationship and Net Worth! 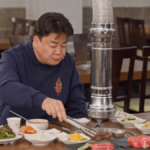 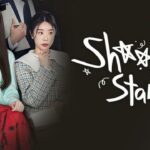