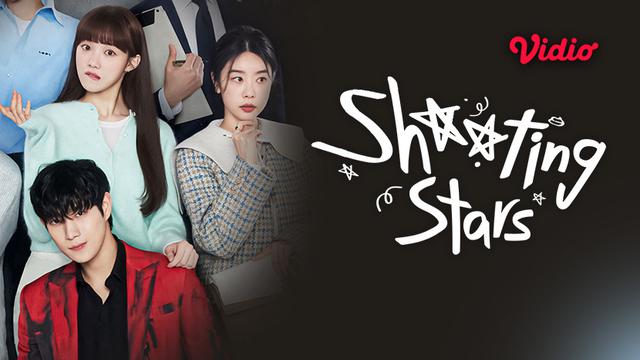 K-Dramas have been on the rise for quite a few years now. They have been topping the chart in all Binge-watcher lists. One such series that has currently made its presence on that list is Shooting Stars. Directed by Lee Soo-Hyun, Shooting Stars is a South Korean Drama Series airing on tvN every Friday and Saturday. It premiered recently in April and received some fantastic reactions from all the fans and critics for its sweet and romantic storyline. This K-Drama content has concluded 9 episodes, and viewers cannot wait to know when the next episode will release. So let’s find that out, shall we?

The wait for Shooting Stars Episode 10 might be painful but it’s not too long. According to the schedule, it is releasing on 21st May 2022 at 7:10 PM (IST). Along with the story moving forward, it is also being said that we will get to see new Korean actors making a cameo in the series. In the previous episodes, we have seen Moon Ga Young and Kim Dong Wook making an appearance by reprising roles of their 2020 drama series “Find Me In Your Memory”.

Shooting Stars is a series falling under the rom-com genre. Starring Lee Sung -Kyung and Kim Young-Dae in the lead roles, it focuses on a love story between an ordinary person and a celebrity. Gong Tae-Sung happens to be a big celebrity working in the entertainment industry who falls in love with Oh Han-Byul- a PR team member. The plot emphasises how the life of a top celebrity is not as glamorous as we perceive it to be and how an actor’s team has to work tirelessly in order to clean their mess and maintain their image in the public. The pair happened to be high-school enemies but they cross each other’s paths again and things slowly begin to change between them. Both of them work together under one production called Starforce Entertainment and soon turn from enemies to lovers.

In the previous episodes, we saw the rather uncomfortable relationship that Tae-Sung shares with her mother as she visited his house. Both haven’t been on good terms as Tae-Sung seems to have lived a neglected childhood. He gets flashbacks of the time when he was young and had to suffer the death of a loved one all alone as his mother was busy winning awards and living her glam life. Even after so many years, Tae-Sung can’t forget the mark those years have left on him.

While on a slightly lighter note, we also saw him discussing his love life with manager Byun Jung Yeol. After the actor felt sick because of his emotions, his lovely manager took to his rescue. They both analyse Han Byul’s reaction to the actor’s love confession. According to his verdict, Han Byul’s scream on hearing his confession does not necessarily mean that she reciprocates his feelings. It could just be a sheepish squeal of delight because of the embarrassment that she must have felt on hearing him. They also go ahead and make a legit list of all the bad things that Tae-Sung has done to Han Byul and conclude that even soulmates would start hating each other at this point. That’s where Episode 9 concludes. We shall see where the story goes from here when the next episode comes out.

Shooting Stars Season 1 star Lee Sung-Kyung and Kim Young-Dae in the lead roles. Lee Jung-shin, Kim Yoon-Hye, Yoon Jong-hoon, Lee Si-woo, Lee Seung Hyun, Moon Ga-young, Sojin and Jang Hee-Kyung can be seen playing the supporting roles. From the beginning of season 1, we have seen many Korean actors making a cameo in the show including Kim Dong Wook and sources suggest that we will be seeing new actors making an appearance in the upcoming episodes.

The K-Drama series is directed by Lee Soo-Hyun and created by tvN.

The upcoming episodes of Shooting Stars Season 1 will first air on the Korean Platform- tvN and for the global audience, it will be available to stream on Rakuten Viki with a standard subscription. It will also be available on Viu and iQiyi if you choose to watch it the day after its release. 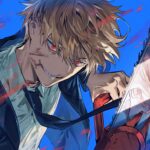