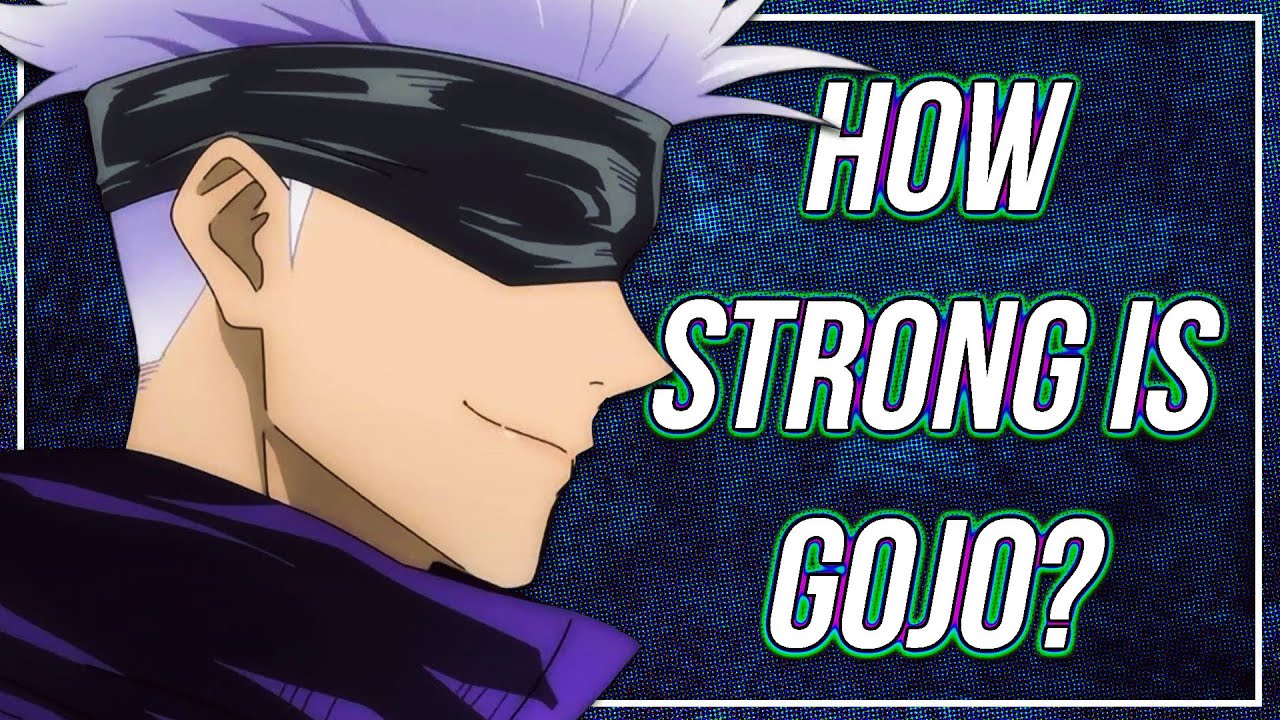 Anime fans are crazy about one particular anime character, and it’s none other than the strongest Jujutsu sorcerer, Gojo Satoru. Jujutsu Kaisen is a supernatural Japanese manga series written by Gege Akutami and released on March 5, 2018. The manga is still ongoing and has completed 19 volumes until now. The manga later got an anime TV series adaptation, which premiered on October 3, 2020, directed by Sunghoo Park and written by Hiroshi Seko. The anime series was produced by MAPPA studio and consists of 19 episodes, each running for 23 minutes. If you are into anime, then you must know how popular Gojo’s character is among the anime community, not to mention that he is also one of the characters that made people interested in anime in the first place. Just like Eren Yeager from Attack on Titan, Gojo is kind of the new age character that brings people into the anime community even though the series does not have many seasons like Attack on Titan. Jujutsu Kaisen has still managed to make an impact with its promising concept and life-changing characters.

How Strong Is Gojo Satoru In Jujutsu Kaisen?

Jujutsu Kaisen fans are deeply invested in knowing more about each character from the series, though if you have read the manga, then you will get every question answered. But those of you who have not started reading the manga and do not wish to read it in the future are curious to get their one question answered. How strong is Gojo Satoru? Well, you must have gotten a few hints of how strong he is from the anime itself, but that does not elaborately answer your question. we will provide you with every piece of evidence along with explanations that could help you make a list of things that Gojo can do just by himself and that will also answer your question about what makes him the strongest sorcerer. Every villain in the series gets shocked when they get the opportunity to go one-on-one with Gojo. Some have this long-lasting dream of using his bones as a hanger, though that dream will never come true. Many villains are terrified of his name, and once they realize Gojo is on their tail, they have no choice but to flee.

Gojo Satoru is extraordinarily talented, but what makes him so different from other sorcerers is that he has two particular techniques that set him apart from the rest of the queue. Gojo has the talent to control cursed energy in a way that no sorcerer has managed to reach his peak. Along with that, he possesses two techniques named Limitless that he inherited from his ultimate powerhouse, the Gojo clan, and Six Eyes.

The limitless technique comes from within the Gojo clan. Each person from the clan is gifted with this technique. This ability makes Gojo extremely powerful, as he can manipulate space according to his will. The limitless technique can be explained in simple terms as the concept of bringing infinity into reality, which enables the user to manipulate and distort space. What makes Gojo a god-like, powerful individual is his ability to use both his six-eyes technique and his limitless technique simultaneously. He employs a variety of techniques. We will explain four techniques that he has used so far, both in the manga and the anime, but do not get confused that these are the only techniques that he can pull off. He has an ample number of techniques that have not been introduced to the readers yet in the volumes so far. If you’ve watched the series, you’ll notice that whenever someone tries to hit Gojo, they never manage to hit his body or face, instead of hitting the infinity between them. Gojo has made it clear in the series that things that the villains throw at him never reach him; they slow him down as Gojo’s limitless ability divides the space between the two infinitely.

Infinity Cursed Technique: This technique helps Gojo manifest situations that could never happen in reality, which causes the space around it to pull violently towards the source of impossibility, which creates the blue effect. What Gojo does in this technique is he amplifies the number. When Gojo uses this technique, he pulls the target towards him. He utilizes his cursed technique with lapse Blue to achieve a better advantage in controlling Blue in such a way that enables him to target fast-moving villains according to his will. Cursed Infinity Technique Reversal: Red When Gojo uses his lapse blue technique, he amplifies the negative numbers by utilizing negative curse energy, but in the case of reversal red, he does the exact opposite of what he does in lapse blue, which means he uses the positive number to utilize his cursed techniques.

Reversal Red is a reversal of the blue technique in which this Gojo takes his negative curse energy and multiplies it to make positive curse energy. No one can pull this technique off easily. Not even the strongest sorcerer, Gojo, could ever perform this technique until later in the chapter when he was in a battle with Fushiguro, where he used this technique to survive the fight. Gojo combines his positive energy from the red technique with the power of limitless to achieve this technique that enables him to fire red from his fingertips.

Hollow Technique Purple: This is even tougher than the earlier techniques. Not even the people in the Gojo clan heard of this technique. In this technique, Gojo combines both the negatives from lapse blue and the positives from lapse red to achieve Hollow Technique Purple. This technique cancels out everything that comes in contact with his path. In simple terms, it clears out any opponent that gets on his nerves. The Void is created by the Teleportation technique. Gojo creates a domain where he brings the villain inside the domain and makes them see everything, but at the same time, they see nothing, which eventually ends up paralyzing the opponent to the point where they cannot perform any kind of technique to win the battle and eventually end up dying by not being able to comprehend the infinite amount of data.

The six eyes enable Gojo to never run out of curse energy. It passes the cursed amount magnificently. In simple terms, when Gojo activates an attack, he does not lose any curse energy. It not only helps Gojo to see the curse energy but also enables him to see where the curse energy is being pointed, which helps him to nudge their attacks. With all these explanations, you must have got your answer as to why he is the most powerful full jujutsu sorcerer. He possesses power like a god. Gojo is the only sorcerer in the jujutsu world to have both the power of the six eyes and limitless in the past hundred years. That itself can give you quite an insight into his power. Gojo always keeps a blindfold on so that he can stop unleashing his six eyes’ power every time. He only takes off his blindfold once he needs to use both the limitless and six eyes technique altogether. The six eyes power also takes lots of amount energy from the user with this constant overflowing power. That’s why most of the sorcerers with six eyes keep their blindfolds on at all times.

Jujutsu Kaisen the anime tv series premiered on October 3, 2020, on Crunchyroll. The series ended on March 27, 2021, after airing 24 episodes each Saturday. The makers then released a prequel of the series a movie called Jujutsu Kaisen 0 which was released on Dec 24, 2021, produced by MAPPA studio which also produced the tv series. The movie became the highest-grossing movie of the year in japan not just in japan the film did extremely well all over the world thanks to the rising popularity of Japanese anime globally.

Where To Watch And Read Jujutsu Kaisen?