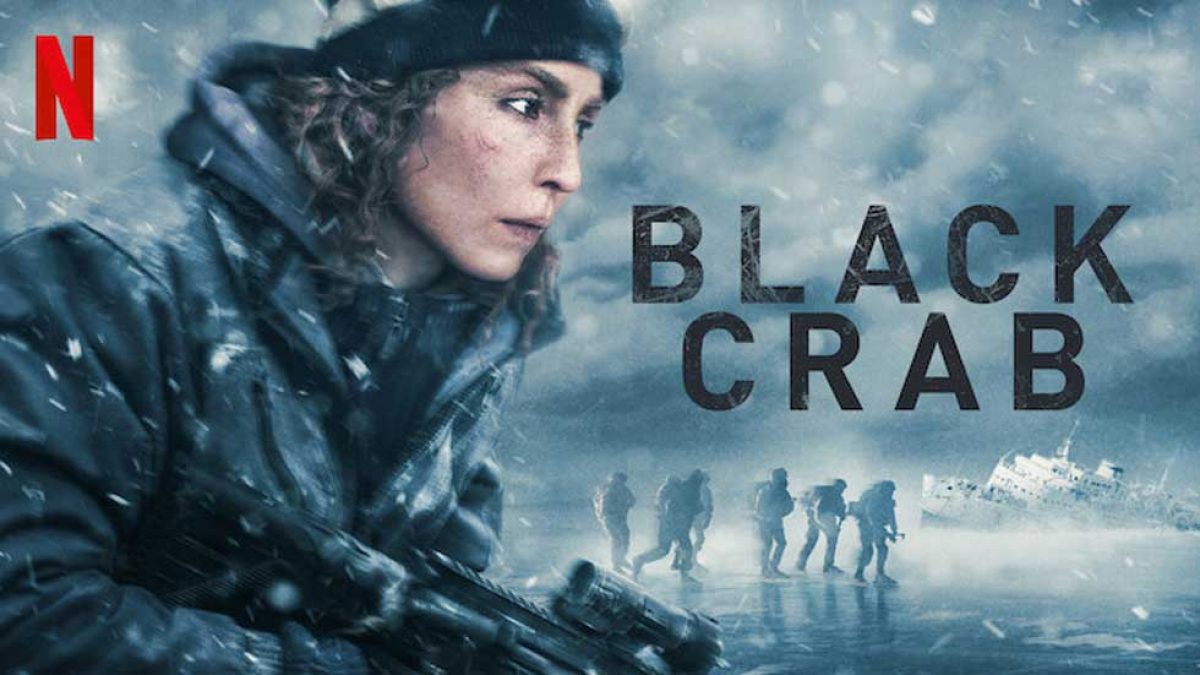 In our growing and developing world, it is very important to know the importance of bioweapons in a war and this story shows how a nation decides that a bioweapon can end the complete war situation, which may be the mentality of many great leaders nowadays. This movie titled black crab is a movie that depicts the power a bioweapon holds in a situation of war and at the same time, it also depicts the mentality of a soldier when he or she is assigned on a mission that will make them question their path of action.

The dedication a soldier has is truly admirable and well depicted in the movie, we also see the great danger a person holds in a mission like this. The movie belongs t0o the genre of the action-thriller genre and is directed by adam berg. The movie made its release this year only and has received quite some great appreciation from the fans as well as the critics of the show. The movie has also received a 5.6 IMDb rating which is quite moderate, however, the movie based on the storyline is actually worth a watch for all. The movie is actually based on a Swedish book svart Krabbe written by the Swedish author jerker virdborg. The book is titled the same as the movie in English however, we haven’t received an English translation for the book yet.

Is Black Crab Movie Based On A True Event?

The movie black crab is actually adapted from a Swedish book, but there hasn’t been any adaption based on a true incident of history. however, the storyline is such that it can be much assumed that such missions have been carried out in the past and the truth that is shown regarding a soldier’s dedication and a bioweapons threat to the world is completely true to reality. However, it completely confirmed that the story is fictional and the director, as well as the writer, haven’t based it on a past event.

The movie is actually based on the life of a group of soldiers who have been assigned a very important mission of delivering a package over a very risky icy region and the packages will decide the future of the nation based on the current war situation it is in. the packages contain bioweapons which is discovered by the soldiers in the middle of the mission, and there is a lot of chaos among them, while some decide to retreat as according to them bioweapon isn’t the solution to the war. However, our main female protagonist, edh decides to continue on the mission with two of her companions, the show depicts the extreme condition a soldier has to survive with continuous life risks not only from soldiers and civilians but also from natural circumstances.

Towards the ending of the movie, we see that edh ends up finishing her mission, after being senseless due to natural extremities, however, soon she understands the extremities the nation is resorting to for war and ends up attacking the commander as well as fleeing away with the packages, though there is a twist at the end for which you will have to watch the movie yourself.

The trailer of the movie was made available in the month of February of 2022 and is available on the YouTube platform and can be checked out to know more about the movie.

The movie made its release on the Netflix on 18th of march 2022 and the trailer for the movie was made available to the public on February 22, 2022. The movie has a runtime of nearly 1 hour and 54 minutes. The original language of the movie is Swedish and there isn’t going to be a sequel to the movie. The book on which the movie is based was written in the year 2002 and the production on the movie started in 2020 only. The movie is available with subtitles on its original streaming platform Netflix.

Where Can We Watch Black Crab?

The audience can stream black crab only on the Netflix platform as it is a Netflix original. No other streaming sites have the rights to the movie.