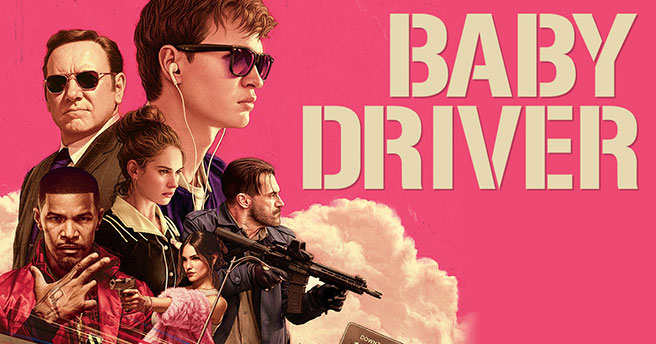 Baby Driver is an American action film written and directed by Edgar Wright.  It is a 2017 movie starring Ansel Elgort, Kevin Spacey, Lily James, Eiza González, Jon Hamm, Jamie Foxx, and Jon Bernthal in the lead roles. The story revolves around the life of Baby, an orphan who is desperately in love with music, who tries to get out of the life of crime which he got trapped into along with his girlfriend Debora. The movie is produced by Nira Park, Tim Bevan, and Eric Fellner and by the production companies TriStar Pictures, MRC, Big Talk Productions, and Working Title Films.

Well, we all still remember one of the best heist movies ‘Baby Driver’ right?  Still can’t get over that movie. It had everything from chasing car scenes to enchanting romantic scenes. I’m sure we must have rewatched it at least twice, that’s the bare minimum. For all the ones who fell in love with the movie, here is the big news. Yeah, your guess s right. Baby Driver is back with part 2. It’s been 5 years since the release of part 1 of the movie but Wright has promised the fans that he would be back with part 2 and here he is.

But yeah still there are a lot of pending works to complete for part 2. But at least there is hope for fans that they can confidently wait for part 2. In an interview with Variety, the director Edgar Wright has confirmed that he is kinda ready with part 2 story. Our heist couple Baby and Debora are equally happy and excited for part 2 of the film to happen. So let’s wait for it to happen. Till then makes sure to remember the story of Baby Driver part 1.

Baby is a way too talented go-to gateway driver in Atlanta. He had a traumatic childhood where he got into a car crash that killed his parents. After the accident, they left for him was tinnitus. In order to avoid that he found peace in music. Baby mostly uses stolen iPods to listen to music and even while stealing he accompanies music along with him. On one such robbery, he gets caught by Doc while stealing Doc’s goods. For this, he compensates him by becoming his go-to driver whenever the doc calls. In between the heists at Bo’s Diner, he meets Debora and starts dating her.

Baby helps doc with is robbery only because of money. Baby needs money to pay off his debts. After being done with his final theft, he pays off his debts and decades to come ut of the life of crime. He starts to work as a pizza delivery guy and seriously dates Debora. But his date gets interrupted by Doc who threatens to kill Debora if he doesn’t help doc with the crime. So Baby decides to help him with the heist. Doc was ready with a team for the heist- carefree Buddy, his wife Darling, also a sharpshooter and trigger-happy Bats. When they go to purchase weapons illegally bats figures put that one among the sellers s undercover police and start to fire at him. After knowing this doc decades to cancel the heist, Baby also tries to lip away from them, but the team overrules them. But the heist doesn’t go as planned when bats kill a security guard baby refuses to drive the car, this causes a fight between them, and crashing the car into a building. Baby and Buddy escape from there but Darlinggets shot by police. Bat holds Baby as the reason for Darling’s death and chases him to kill him. Baby flees with a stolen car and rushes to Debora’sdner only to Buddy waiting there to kill him.

In order to save themselves, Baby shoots Buddy and flies away with Debora. He rushes to Doc’s place to get one of his tapes that has his mother’s singing but Doc refuses to give him. Later when Doc sees Baby crying in Debora’s arms, he gives them cash and shows an escape route stating that he was also in love once. But unfortunately, Doc gets killed by the police and the couples get caught on their way. Baby decides to surrender and the court sentenced him for 25 years but after 5 years he comes out for parole and witnesses the smiling face of Debora waiting for him.

Where To Watch Baby Driver 2?

Baby Driver is now available to be watched on Netflix, SonyLiv, and YouTube(Rent).

MUST READ: JOE VS CAROLE SEASON 2 RELEASE DATE HAS NOT BEEN ANNOUNCED YET! 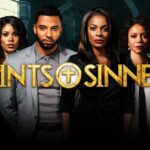