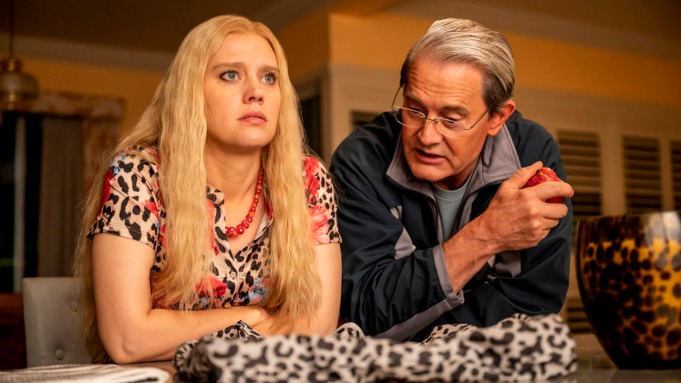 Directed by Justin Tipping and Natalie Bailey, Joe vs. Carole was released on March 3, 2022. It is produced by Wondery and Universal Content Productions. This crime drama is based on the second season of Wondery’s ‘Over my dead body‘ true-crime podcast. Joe vs. Carole is a scripted, fictionalized take on the conflict between Joe Exotic, a zoo owner who did animal shows, and Carole Baskin, a big cat rescuer. The story of these two first became widely known when the docuseries Tiger King’ came out on Netflix back in 2020 and became a hit.

So far, no announcement has been made by the producers. Keep in mind that the first season has just been released so there is plenty of time for them to announce a renewal. At the same time, for a new season to begin, there has to be a solid story to follow. So, taking that into consideration, the chances of a second season are pretty low right now.

If the series were to continue, the possible plot could be about Carole pursuing other private zoos that are unfit for big cats and people who perform animal shows. Her zeal for rescuing animals is an important aspect of the first season, so they could drive that into another season. Although it would not have as much depth as the first season, this would be the way to go.

The series opens with Carole Baskin, a woman who runs a big cat rescue with her husband, answering the door and finding two agents from the U.S. Fish and Wildlife division. They inform her that someone has hired a hitman to kill her. Carole seems to have a hunch as to who it might be.

While Carole and her husband are at a gun store looking for something to defend themselves with, the scene cuts to a flashback seven years ago.

We see a younger Carole cycling through her sanctuary. Once in her office though, she is sharp as a tack, going after every place that has been reported to be unfit to care for big cats. One of the companies on the list seems to be new and Carole is curious to find out more about them.

The next scene is set at a state fair, where we see Joe Exotic setting up his animal show. This blond mullet showman finds himself in a pickle since he was expected by the crowd to bring out a tiger, but the animal turns out to be very sick. Unwilling to let the show be put on hold, Joe uses a painted sheep in its place. Obviously, this was not the best substitute in terms of resemblance and leaves the audience confused. Joe, on the other hand, continues confident as ever, even going so far as to have the audience pay to pose with tiger cubs. During this, he sees a volunteer from Big Cat Rescue wandering about, who is none other than Carol Baskin. This would be their first encounter.

There is also a later scene at Joe’s roadside zoo where he gets a new employee, John Finlay, accustomed to the place. He even shows him the perks of owning a zoo by walking straight into the cage of a tiger and petting it.

Meanwhile, on Carole’s end, she finds out that all the companies on her list are actually owned by Joe Exotic and makes it her goal to bring him down. Her motivation is only increased when Joe makes a fake website on Big Cat Rescue in order to falsely convince people they would stage fights between the big cats.

Carole takes her operation against Joe up a level by mass emailing every fair and any venue that would host an animal show to not put up with it. She is not alone as she combines forces with other animal rights activists to put an end to the mistreatment of big cats.

This does not sit well with Joe Exotic.

To sum up the conclusion, Joe is arrested for violating the Endangered Species Act and also hiring a Hitman. He is sentenced to jail for about 20 years. Carole then takes control of the Greater Wynnewood Exotic Animal Park and continues to appeal to the government to pass an act that would guarantee the safety of big cats.

The cast for Season 1 was John Cameron Mitchell as Joe Exotic, Kate McKinnon as Carole Baskin, Sam Keeley as John Finlay, and Kyle MacLachlan as Howard Baskin, Carole’s husband. If the show were to go into a second season, the cast will remain unchanged, other than the exception of new characters, of course.

Where to Watch Joe vs Carole?

Season 1 of Joe vs. Carole is available to stream on Peacock TV. Though the possibilities are low, if a second season does release, it will also be available on the same platform. Do note that Peacock TV is not available in every country as of now. 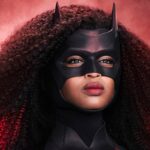