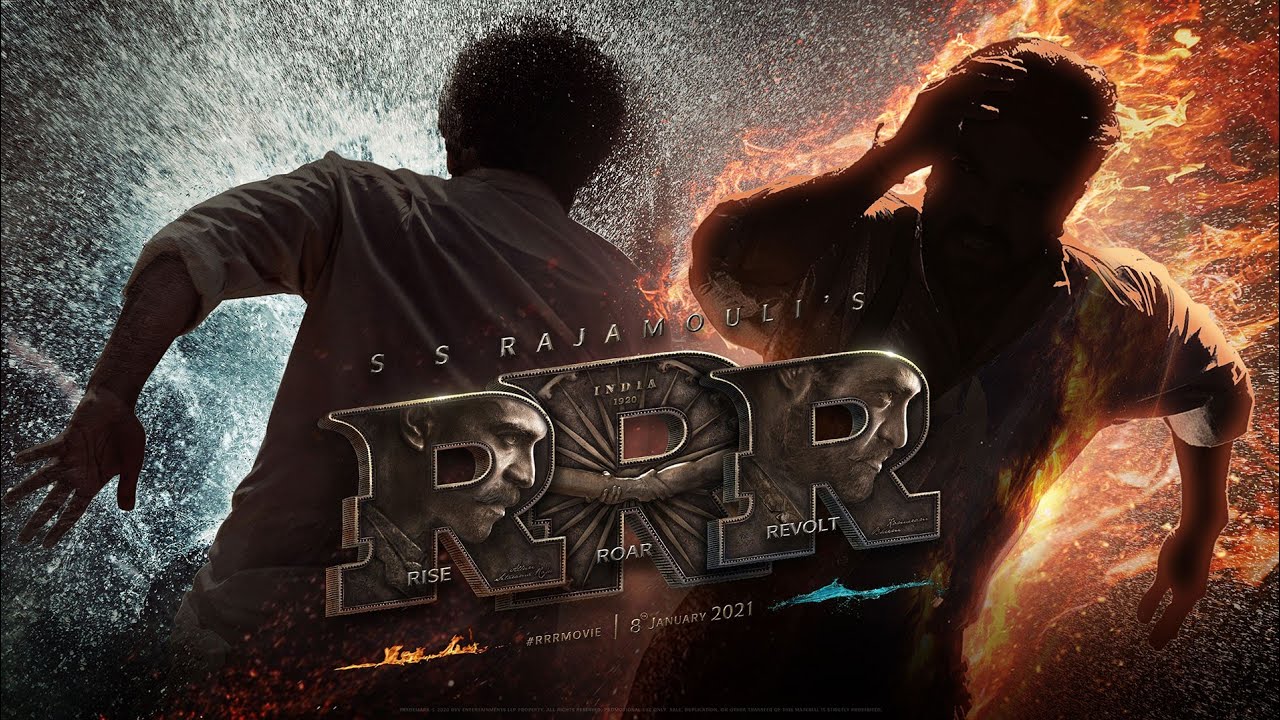 We all love period movies right? Especially Telugu ones. They clearly portray the story as if it’s happening in the current year. Almost all of us have watched all the Telugu period movies from Ram Charan’s ‘Magadheera’ to Prabhas’s ‘Bahubali 2: The Conclusion. SO are you all ready to experience the next notable Telugu period drama? Be with us till the end to know all about the upcoming Telugu movie. RRR is an upcoming Telugu language period drama, written and directed by  S. S. Rajamouli, and produced by  D. V. V. Danayya of DVV Entertainments. The period drama stars  N. T. Rama Rao Jr., Ram Charan,  Ajay Devgn, and Alia Bhatt in leading roles along with  Samuthirakani, Alison Doody, Ray Stevenson, Olivia Morris, and Shriya Saran in the supporting roles. The movie is a revolutionary drama about two young individuals who fight against the British council. The budget for the movie is 400Cr.

The story revolves around two legendary Indian revolutionaries  Alluri Sitarama Raju (Charan) and Komaram Bheem (Rama Rao) who left home and start a refreshing journey that makes them realize many things about their lives. After their journey, they go back to their hometown and fight against British Colonialists and Nizam of Hyderabad in the 1920s.

Rajamouli scripted the movie from the story written by  K. V. Vijayendra Prasad. He read short stories about the incidents that happened in the lives of Rama Raju and Bheem. He really got inspired by the stories. He figured out the coincidence in their stories that connected them. He imagined them to be friends during their formative years and came up with an admiring story and decided to make a film.  Do you guys know the story behind the title ‘RRR’? Continue reading, you will get to know.

In the Kapil Sharma show during their conversation director Rajmouli reveals the reason behind the title RRR. he says that n the beginning they didn’t know what to put as a title so for the time being they titled it as RRR as in Ram Charan, Rama Rao (Jr NTR) and Rajamouli. They used the hashtag RRR and released information and movie songs of the movie. To their surprise, they started to get wonderful responses from the audience for the title RRR. People even started to use the hashtag for their videos. This made them use RRR as the official title of the movie. The movie was decided to be released on January 7, 2022, but due to Covid-19 restrictions and other reasons they postponed the release date to March 25, 2022.

Where To Watch RRR Online?

Want to know where to watch the amazing period movie? Well, Keep your cool and read along. RRR is an upcoming Telugu movie releasing on 25 March 2022. It has been confirmed that the movie will release 90 days after the theatre release on Netflix. And it will also stream on Zee5. Though it’s not yet confirmed, there is a chance for the movie to release on Amazon Prime too.

MUST-READ: 12 SHOWS LIKE BETTER CALL SAUL THAT ARE ENJOYABLE!