Will he be able to change his life forever? Or, will he end up with the mafia again? The series, Barry, is all about that. Maybe, you have watched its season 1, so you know the plot, but the newcomers have to know everything about it. Barry is an American crime, thriller, and dark comedy television series that is created by Alec Berg and Bill Hader. The series got released under Alec Berg Inc. and Hanarply, and revolves around the sole character Barry, and how he changes his life.

Season 1 premiered on March 25, 2018, with its season 2 on March 31, 2019. The series is able to receive 8.3 ratings on IMDb and 99 % on Rotten Tomatoes. Liked by 83 % of people, the series is garnered with many applauses and praised too. Its story and production are satisfying, and the audience is overwhelmed by it, adding it to their wishlist.
In April 2019, the series renewed for a third season, while a fourth season has been written. Season 3 is set to premiere on April 24, 2022. Well, this is good for the audience as the release dates have already been announced.

Barry is a Hitman who was once again sent to Los Angeles for one more assignment by Fuches. There, he meets Goran Pazar and his henchman, Noho Hank, who told him that Pazar’s wife is sleeping with her trainer, and he has to pull him out. He agrees to do it, and tracks his target Ryan Madison, at the acting class, where he met with a ground actress Sally too. He, later on, tells the teacher of the class that he is a killer, but she thinks that he is performing a scene.

When Barry reached Ryan, he found him already dead in the front seat of the car, with Chechen was loading his guns to shoot him, unaware that his acts are recorded in the camera. In the later part of the series, there comes a task for Barry to evaluate and think upon his life and acts. He is now concerned with the acting, as he feels passionate about it. But, will destiny accept this? Watch the series to know more.

Where To Watch Barry Season 3?

All the episodes have been released on HBO, and you can binge on them. The series will surely make you love it in just two or three episodes. The theme is so strong, and the casts have also played their roles very efficiently and smoothly. The series is satisfying, as it proves by the fact that its fourth season has also been written. So, just don’t hold yourself, and have a watch.

After a huge success, there is a probability that the series will renew with the same cast as in the last two seasons. All the cast have done a great and amazing performance, for which they are being praised again and again. Bill Hader was seen in the main role as Barry Berkman / Barry Block who is a marine turned hitman who finds himself drawn towards human connection among a community of aspiring actors.

By his destiny, he runs after his passion: acting, and tries to leave his earlier criminal life behind. Along with Bill, Stephen Root is also seen in the main role of Monroe Fuches. He is an old family friend of Barry’s who groomed him for a career as a hitman after Barry left the Marines. Fuches is cowardly and self-centered, often dragging Barry back into a life of crime to serve his interest, be it money, power, or revenge.

Sarah Goldberg is seen in the character Sally Reed who is an aspiring actress in Barry’s acting class. Sally is focused on becoming a famous actress. Glenn Fleshler is seen as Goran Pazar who is the leader of the Chechen mafia and employs Barry to kill a man who has been sleeping with his wife. Other than these casts, many secondary casts have also been seen which have to done a great job. Anthony Carrigan as NoHo Hank is an effusively positive and naive member of the Chechen mafia and Goran’s right-hand man. He later becomes the leader of the gang, although he finds the responsibility difficult and new, which he is struggling with. Henry Winkler is Gene Cousineau who is an acting coach and Barry’s mentor. Cousineau has helped him to cope with the difficulties that come in Barry’s life

MUST READ:12 Shows Like Teen Wolf That You Can Watch! 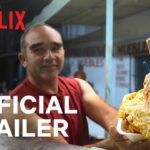 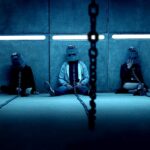