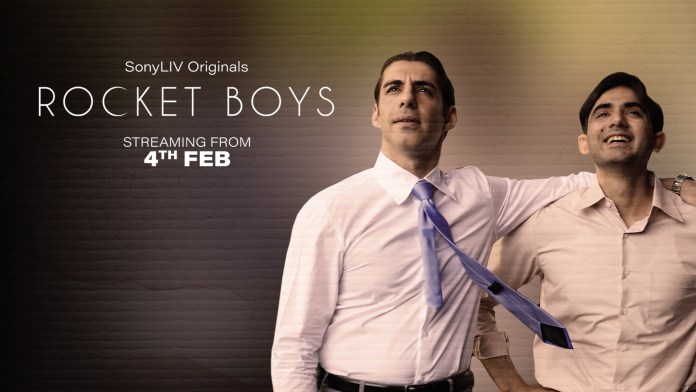 The extraordinary story of the father of the Indian atomic bomb depicted in the form of a series was truly a great initiative by Nikhil Advani. the fanbase the series already has along with the reviews from the critics make the series one of the best web series from 2022 already. the IMDb rating ratings for the series is 9.5 out of 10 which is extraordinary and truly worth a watch from all. The story revolves around the two main characters Homi J. Bhabha and Vikram Sarabhai who go on an extraordinary journey towards making India independent when it came to nuclear and atomic power and with the rising fear during the time of World War 2.

The show is exclusively available on sony liv and with that, we have also received a question regarding whether the story is based on a true story and the answer is a huge yes, the story is completely based on the actual bond the true men had in real life and how their work contributed towards India’s development in the history along with their achievement in the fields of science. The political scenarios that were depicted throughout the stories were the actual scenarios that persisted in those times. Truly a beautiful work done by Jim Sarbh and Ishwak Singh.

The series rocket boys released its first season on the 4th of February,2022. The show consisted of a total of 8 episodes, we were also left at such a point in season 1 that it creates a sense of curiosity and hunger for more content, there is also a confirmed chance for rocket boys’ season 2. Each episode of the first season was approximately 45-50 minutes long. The show is only available on the Sony liv platform and the expected dates for the season 2 release is early 2023 till now. We have also received a trailer for the show which was put on YouTube on January 20th, 2022 and the announcement of the series was actually done through the official social media platforms of the producers and the cast.

The first season of the series has a total of 8 episodes. The storyline revolves around the father of the Indian atomic bomb, Homi Jehangir Bhabha, and the father of the Indian space program, dr. Vikram Sarabhai. The first episode of the show starts with the introduction of Homi while he I studying abroad and soon during the World War 2 crisis period he comes back to India and takes a new step where he decides to stay in India and work under C.V. Raman in the Indian Institute of science. With Homi’s charismatic character and his deep love and knowledge of science, he became a maestro in the world of physicists in India.

We see the formation of TIFR by Homi which was his dream to make India independent in the fields of science, soon comes into scene dr. Vikram Sarabhai, the two having the intellect of the same type ended up closely bonded in a senior and subordinate relationship. Though towards the end of the show we see many conflicts between Homi and Vikram, they were an excellent bond. As India was amidst the World War 2 crisis situation and Homi always had the dream to make his own atom bomb, he makes that for India while crushing Sarabhai’s dream of India space program which was delayed in the process and political hurdles. We see Homi’s contribution to India’s welfare towards the last episode along with the murder of Homi at the same time. The ending of the show marks the introduction of dr. A.P.J. Abdul Kalam along with his contribution to the Indian space program.

The web series has chosen a wonderful cast to depict the life story of two great minds, in the main cast, we see Jim Sarbh playing the role of Dr. Homi Jehangir Bhaba, Ishwak Singh as Dr.Vikram Sarabhai, Regina Cassandra in the role of Mrinalini Sarabhai along with Rajit Kapoor as Jawaharlal Nehru. Towards the end of the show, we see the introduction of Dr. A.P.J. Abdul kalam played by Arjun Radhakrishnan.

The trailer for the first season of the show has been already out on the 20th of January 2022. The show is exclusively available on the platform Sony livelong with the trailer which is available on YouTube.