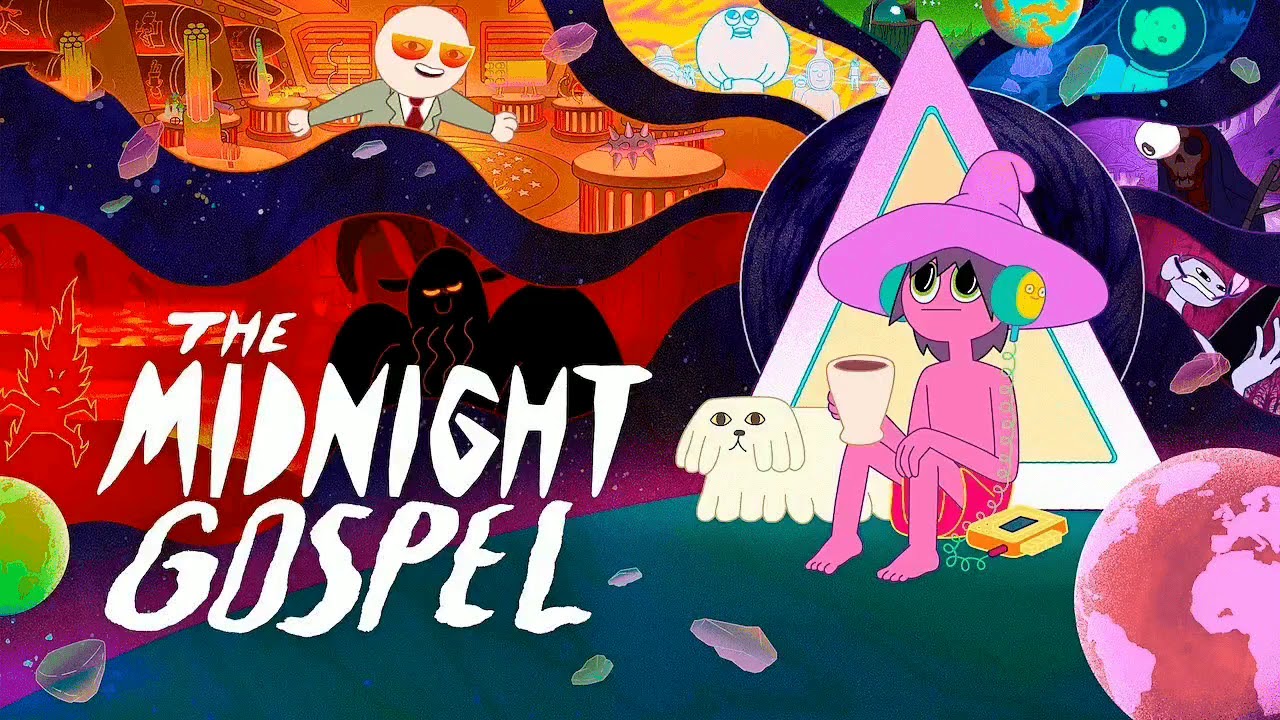 The midnight gospel is a Netflix original and an animated adult drama series that has quite been popular for the last two years. The concept of the show is a bit unique and definitely not for children in any way. The show has got a huge fanbase for sure since its premier in 2020 along with an 8.2 IMDb rating which is surely making the makers quite happy. The show is about the space caster named Clancy who takes up different avatars and travels to different universes using a stimulator and faces different situations while interviewing different ppl and facing different apocalyptic situations by the end of each episode and barely escaping them. The show has got its own unique storyline which intrigues many of the watchers and after the ending of season 1, there has been a constant inquiry about season 2. The show will have a season 2 according to our sources though we haven’t received a confirmation from the makers of the show, but as we know Netflix is really good at keeping suspense from us so we should expect the renewal of the show for the second season quite soon.

The trippy show from Netflix premiered its first season on April 20, 2020. The first season of the show has a total of 8 episodes and all the episodes were released at the same time on the Netflix platform, the show also took a span of nearly 6 months for production and is also based on a humorous podcast called the Duncan Trussell family hour. The next season of the show will be received soon with the predicted date being April 2022 and even if there is a bit of delay (as there is no update from the makers of the show yet) it can be expected by November 2022 for sure. The new season will be worth a watch and is expected to have a total of 8-10 episodes just like the previous season with a runtime of nearly 30 minutes each.

ALSO READ: All you need to know about 1883 and about the release of its 10th episode

The midnight gospel had a total of 8 episodes, the first episode began with the protagonist of the show Clancy traveling to earth 4-169 which is in the middle of a zombie apocalypse, interviewing the president of the universe and debating on bad drugs and good drug and barely escaping with a local dog before that earth exploded, the second episode is Clancy travels to a clown world where he interviews two baby clowns and talks with them about the concepts of death, acceptance Christianity and Jesus and again returns back to his dimension. The third episode is quite interesting, where we find the protagonist of the show traveling to an island called ass cream, meeting a fisherman and understanding what magic is and a bit of Buddhism and many other related topics.

The next episode is where Clancy talks with Trudy on the topic of forgiveness while they are on their way to a new quest to save Trudy’s boyfriend. As we move towards the ending of the first season, two more remarkable and very appreciated episodes are episodes 6 and 8, where we see Clancy learning about meditation and having a better optimistic approach to events in front of him, and the last one depicting the beautiful relation between Clancy and her mother Deneen and they talk about how they need to accept the different phases of one’s life while we see a chaotic but beautiful animatic depiction of the story.

As we already know the story of the series is based on Clancy interviewing different people and it’s unique way of representing it through animation, we have covered many episodes from the podcasts but we surely are left with many more, thus the makers will just have to select some of the bests from the podcast and do there magic just like they did for the first season

As we haven’t received any confirmation on the renewal of the series yet, from the makers of the show, we still haven’t received any trailer also, we will have to wait a little more for them to drop it and till then we can binge on the first season episodes that are available on Netflix or listen to the podcast which is also great. To catch a few glimpses of the series, you can watch the trailer of the show available on YouTube.

ALSO READ: All about Young Sheldon and the release of the 14th episode of Season 5 of the show