Supergirl or Kara Zor-El as her alien’s name and known by adoptive names, Linda Lee Danvers, Kara Kent, Linda Lang, and Kara Danvers. She is a superheroine who appears in American comic books by DC Comics. The Character Supergirl was created by Otto Binder and designed by Al Plastino. She first appears in Comics in May 1959 in Action Comics #252 under the name Linda Lee Danvers.

The Famous Supergirl is from Krypto Planet, where Superman came from. She (Kara) is also a sister of Superman (Clark Kent). Since Superman editors believed that character’s history had become too convoluted during the 1980s and Morden Age of Comics, the character was retconned out of existence during Crisis on Infinite Earths in 1985. As part of the Superman/Batman storyline “The Supergirl from Krypton” Dan DiDio the Senior Vice President of DC Comics, reintroduced the character in 2004 along with editor Eddie Berganza.

With the relaunch of DC’s, The New 52, Kara, like most of the Dc Universe, stars in her monthly comic series. DC relaunched the Supergirl comic in August 2016 as a part of the Rebirth initiative.

The Character of Supergirl was portrayed by Helen Slater in the 1984 film based on her character. In television, she was Laura Vandervoort in Smallville and Melissa Benoist in the 2015 Arrowverse series Supergirl. Sasha Calle will portray Supergirl in the upcoming DC Extended Universe film, The Flash (2022).

Is Supergirl DC Or Marvel?

The character Kara Zor-El is considered the first use of the name “Supergirl”, but DC Comics tried out three different versions of Superman before she debuted. Action Comics #60 (May 1943) was the first story to feature a female counterpart to Superman, in which a hospitalized Lois Lane dreams she has gained superpowers after receiving a blood transfusion from the Man of Steel.

In issue #78 of Superboy, titled “Claire Kent”, Alias Super-Sister”, Superboy saved the life of an alien woman named Shar-La. In retaliation for Superboy’s disparaging remarks about women drivers, Shar-La turned him into a girl. Back in Smallville, Clark claims to be Claire Kent, a relative living with the Kents from out-of-town.

When Shar-La appears in costume as Superboy’s sister, Super-Sister, she claims that the two have swapped places. After Superboy has learned his lessons about feeling more respect for women, Shar-La reveals that the entire episode was a dream that she projected into his mind. Jimmy Olsen wishes for a “Super-Girl” to appear through a magic totem in Superman #123 (August 1958). They often get in each other’s way until she is fatally injured protecting Superman from a Kryptonite meteor. At that moment, Jimmy wishes that the girl who is dying get out of DC’s existence.

As Kara Zor-El, she made her first appearance in Action Comics #252 (May 1959). Otto Binder wrote and Al Plastino illustrated her debut story, in which Kara is born and raised in Argo City (the city’s name wasn’t given until later issue), a remnant of Kryptop that survived the destruction. When the city is destroyed, Kara is sent to Earth by her parents, Zor-El and Alura (the latter not given a name until later issues), to be raised by Superman.

She learned the art of Bagua under I-Ching and was experimenting with her Chi or Qi in order to regain control of her powers after the Fatal Five assaulted her. Unlike her cousin, Kara trained to fight in Krypton for her tests and at the Crucible Academy, learning the Kryptonian fighting styles such as Klurkor and Torquasm Rao. Supergirl also learned the art of Kryptonian fighting styles.

At first, Superman offers the Guardianship to Supergirl. Besides training in Krypton, Kara studied advanced martial arts with Batman and practiced Amazonas martial arts, fencing, shield handling, and other Amazon weapons with the Amazons in Themyscira. She also trained extensively with Wonder Women and Artemis.

READ MORE: When Is Drug Squad Season 2 Release Date Arriving Before The Fans! 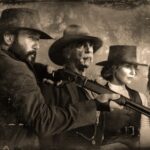 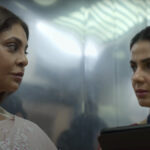