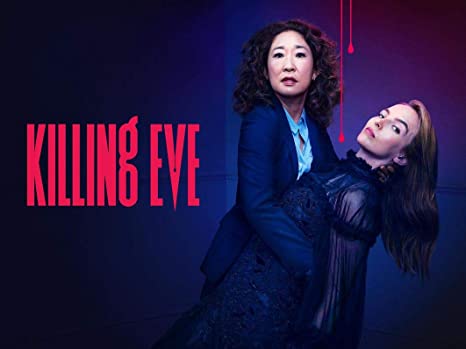 Killing Eve is a British spy thriller TV series. The show is based upon the Villanelle book series written by Luke Jennings. Various actresses and writers served as the executive producer of each season. Phoebe Waller-Bridge served as the writer and executive producer for the first season, the second season was headed by Emerald Fennell, the third season by Suzanne Heathcote, and the fourth and final season by Laura Neal. Killing Eve has an extended star cast.

With three seasons that range for 24 episodes, the average runtime of each episode is around 40 to 55 minutes. Killing Eve is a critically acclaimed show with the first season having a rating of 96 % on rotten Tomatoes and 93 % and 80 % for seasons two and three respectively. The show has also received many accolades throughout the television award circuit since its premiere.

The filming of shows begins on 17th July 2017 after a long process of casting and scripting. In the United Kingdom the show premiered on BBC one in September 2018, the first episode premiered on 15th September, the second season premiered on 8th June 2019 entirely on BBC iPlayer with the first episode being telecasted on BBC one as well. The third season premiered on 13th April 2020, with new episodes being released every Monday at 6 am on BBC iPlayer. Killing Eve has been renewed for a fourth and final season which is currently under production stages and is expected to release around March or April 2022.

Killing Eve follows the story of Eve Polastri, who works in British Intelligence service Mi5 but is a board with her protection roles, her interests are more diverted towards female assassins, Eve wants to understand their psychologies and the variety of methods they use to kill people. After she mistakes in handling a witness during a crime scene investigation, she is fired from Mi5 but is secretly recruited by MI6 for their secret division which is working towards chasing an international assassin commonly known as Villanelle. When Eve crosses paths with Villanelle, her fascination towards female assassins comes which distracts her from the mission she has to accomplish whereas Villanelle wants to know more about Eve, which is making her distracted.

The story starts with a murder of a high-profile Russian politician and a desk job detective from Mi5 Eve is given a task to protect the only witness of the crime but she soon finds herself trapped between an assassin. After an exhausting assignment Villanelle is told to go on a break whereas Eve finds herself a dream opportunity to join the secretive unit of MI6. Villanelle returns to her job by killing a Chinese colonel in Berlin, Eve and Bill travel to investigate where there is a cat and mouse chase between Villanelle and Eve.

When Eve finds a piece of secret information regarding a Mole in her investigation she investigates whereas Villanelle is sent to England to eliminate someone important from the British Intelligence. Eve and Villanelle have a very close call and the Mole is hidden in a safe house, Eve and Carolyn head to Moscow in order to know the past and real motives of the organization that Villanelle is working for, to know the answers Eve breaks rules to investigate the matter as she has her eyes on Villanelle. Eve comes across a shocking discovery which leads her directly to Villanelle and they have one final confirmation.