Tables in politics can turn anytime and anywhere right? Politics in India has a huge variety specially in rural areas, fighting to get in power, murders, and husband snatching away the political powers of his wife and whatnot. As interesting as it sounds, how good it would be to see all the reality from our own eyes, Yes! web shows can do that. A woman from Bihar who is chosen as a Chief minister after the disgraced work from his husband, though she is called widow his husband is alive and healthy.

Maharani is a Hindi web series based on political developments in Bihar during the 90s which is written and created by Subhash Kapoor, directed by Karan Sharma, and co-produced by Naren Kumar and Dimple Kharbanda, and broadcasting on SonyLIV. The story of this web series revolves around Rani Bharti ( Huma Quereshi ), a village woman whose life changes overnight. With a 7.2 IMDB rating, it has made a distinct identity on its audience especially on the audience of Hindi speaking areas like Bihar and UP. The main starring actors are Huma Qureshi, Kani Kusruti, Soham Shah, Pramod Pathak, Inamulhak, and Amit Sial.

The audience who have already watched season 1 are now wondering when they could hear about Maharani season 2 release date, so don’t worry, we have got you covered. After watching the show and doing a deep analysis of season 2 of the show we have mentioned all the details you must know about season 2.

The teaser of the first season of this web series was released on the 9th of April 2021 and its trailer was released after a month on the same date, without making the audience wait much, the directors and producers of this series broadcasted it on SonyLIV on 29th of May 2021. The show has recently been released and people are still watching it, But those who have already watched just want season 2 to return soon as possible.

Unfortunately, no announcement regarding the renewal of season 2 or its release date has announced by Sonyliv. Though, this is too soon to tell whether we can expect season 2 for the show. Basically, a streaming giant renews a show while keeping two things in mind, the fanbase of the show and whether the writers have enough content to create season 2. In the case of Maharani, till now, it has gained great popularity among the Indian audience and while we talk about its content, the writers could bring up more stories if the show is renewed.

But as of now, there is no official release date or announcement for season 2, but if we give a prediction on recent information, season 2 could fall somewhere between late 2022 or early 2023. The virus outbreak, specially in India, could bring delays in shooting schedules and thereby increasing the time span for season 2.

If you are looking for ‘Is Maharani Based On True Story’ then here’s the answer.

Is Maharani Webseries Based On a True Story?

It is a political Hindi drama based on the political situation of Bihar. The story of this show is about the turmoil in the politics of Bihar. In this series, Rani Bharti, who is a housewife as well as the wife of the then Chief Minister, is preparing to go to her village after the resignation of her husband. In the midst of this atmosphere of political instability, her husband Suddenly declares her his successor. She refuses to accept the proposal at first, but in the end, she accepts to be sworn in as the next Chief Minister of Bihar.

And in this way, She becomes the first woman Chief Minister of a big state like Bihar and the long-standing political turmoils of Bihar also end. The real test of Rani Bharti begins by taking oath as a CM because she had never been in politics before and suddenly it was a big challenge for her to handle such a huge responsibility. The plot of season 2 is not announced yet from the maker’s side but it seems that season 2 will also revolve around the same script.

I have already mentioned the basic plot of the show. Now, what’s so interesting about the show that you should watch? Well, the show has given some actors to showcase a terrific performance of their career, and here I cannot help but mention Imaan Ul Haq,

He has definitely created something for himself in the coming future. According to some people who watched the show, the work of Imaan Ul Haq is outstanding and no one was expecting it. The storyline of the show is very compelling and you should definitely watch it as it will keep you glued to your chair until the end. Usually, political dramas get kind of boring in the middle of the show
but Maharani overcame it. And the detailing of the show is really fabulous.

And shows which are based on real-life definitely attract the audience, specially when it’s a political drama. I really enjoyed the show and I will recommend you to watch it at least once.

Huma Qureshi is featuring as Rani Bharti, wife of Bihar’s chief minister and a housewife who takes care of her three children and manages all the household chores alone. Despite having no formal education or understanding of politics, she works to govern the politics of the state.

Sohum Shah is playing the character of Bihar’s chief minister Bheema Bharti. By demolishing the fort of long-standing caste and political satraps, he not only Bihar but also makes a strong presence in the politics of the country. At one point in time, he has the ability to change the course of the politics of the country. In this series, he represents the backward classes and is trying to eradicate the social injustice prevalent in the state.

Amit Sial portrayed as Navin Kumar is as influential as the fast-paced opposition leader, who specializes in political manipulation to gain power. His only ambition is to one day take oath as CM of Bihar. Kani Kusruti is in the role of Kaveri Sridharan, Rani’s secretary or OSD ( On Special Duty ) officer. She tries and inspires Rani to change people’s perception of her as a ‘technical chief minister’ (visible only on paper.

Inaamulhaq featured as Parvez Alam in this series. He is instrumental in working closely with Rani and helping her uncover the truth behind the Seed scam. Vineet Kumar, Tanu Vidyarthi, Atul Tiwari, Mohammad Aashiq is portrayed as Gauri Shankar Pandey, Khyati, Governor, and Prem Kumar simultaneously. 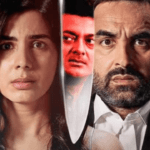 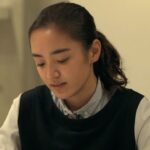