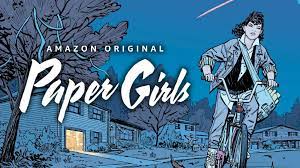 Paper Girls is a sci-fi drama series illustrated by Cliff Chiang. This TV series is based on comic book series written by Brian K. Vaughan of the same name. Paper Girls, the Eisner Award-winning comic series by Brian K. Vaughan that fans adore, has been confirmed officially by Amazon Studios. The comic book “Paper Girls” was well acclaimed when it was released in 2015. Due to its sci-fi and adolescent themes, allusions to 1980s pop culture, and complicated, time-jumping story, the series has been likened to “Stranger Things.”  The sole rights to recreate this comic on television have been granted to Brad Pitt’s production business. Vaughan has also joined the show as an executive producer to give credit to the original inventor. It’s only been a few months since Amazon Studios officially announced it. So, let’s see what we can find out about this series.

Paper Girls is a science fiction drama series based on a Brian K. Vaughan comic book, which was illustrated by Cliff Chiang. Everyone is eager to watch this series because it appears to be engaging and intriguing. The release date for this series will be revealed in this part of the article. The Paper Girls will be released on July 29, 2022, and fans are eagerly anticipating it. The show will have a total of eight episodes. The series is classified as science fiction or sci-fi.

Paper Girls is the narrative of four young girls (Rosinsky, Jones, Nelet, and Strazza) who were trapped in a complicated battle while distributing papers on the morning after Halloween in 1988, and they fly back in time to save the world. Rosinsky plays Mac Coyle, a working-class Catholic girl who leads the team. She follows in the footsteps of her older brother and becomes the city’s first newspaper delivery girl. Her tongue is razor-sharp, and her fists are lightning-fast. Tiffany Quilkin is played by Jones, who is a tech-savvy girl with a vast grasp of pop culture. She is the only child of mixed-race parents who are both career-oriented. For nearly a year, she has also been delivering newspapers. Nelet plays Erin Tieng, a newcomer to the gang who is torn between two worlds. She introduces herself as a bilingual immigrant. She is, nonetheless, an all-American adolescent who aspires to live a TV-perfect western existence. Strazza plays KJ Brandman, one of the town’s only Jewish girls who also happens to come from one of the town’s wealthiest families. Her skill as a field hockey player draws a lot of attention. However, her athletic abilities do not match her mother’s expectations for her.

The setting for this grim sci-fi thriller is the 1980s. Surprisingly, the show shares more than just a few similarities with Stranger Things. Paper Girls made its print debut in 2015, the same year the famous program became a smash phenomenon. The setting is similar as well; however, Paper Girls is a little darker. Paper Girls is similar to Stranger Things, except with solely female characters. “I remember a lot of parts of that era fondly, but it also seemed like, wow, there’s a lot of fiction now about the 1980s that absolutely whitewashes a lot of the worst sides of it,” Vaughan said. The story is about artificial beauty, humanism, uniqueness, and much more, rather than the negative aspects of the 1980s. It starts right before Halloween 1988, and the ladies find themselves in the middle of a time-traveling adventure. Every minute of the story astonishes the audience, and we can’t wait to learn more.

Where To Watch It Online?

Everyone loves to watch this show because it tells a fantastic narrative about four 12-year-old girls who carry newspapers. The setting for the story is a Cleveland suburb. When the four girls went out to distribute newspapers in the morning, they were struck by an unknown force from the future. Unwittingly, the girls become entangled in the struggle. This series will be available on Amazon Prime Video as soon as it is launched. 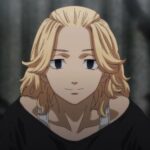 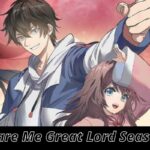