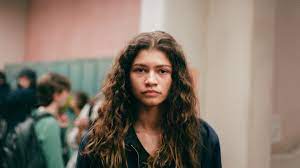 Euphoria the American tv teen drama series has been a hit with the first season and its Christmas specials and now has begun the premiering of season 2. The show starring Zendaya is loved by the audience and has already garnered a lot of viewers since the season 1 premiere. The series has an IMDB rating of about 8.4 out of 10, which is quite impressive and is based on the life of a bunch of teenagers while they are all completely messed and confused with emotional chaos, trauma, drugs, and sex.

We have seen the drop of 2 episodes already, and with the 3rd episode in hand which is quite predicted, a lot of questions regarding the 4th episode have started coming up. So here we are with the answer to all your questions. Yes, the series obviously has episode 4 and the date for the release of episode 4 is set to be premiered in January only and has a lot of drama to be dealt with according to our predictions. It is also predicted to be one of the most chaotic episodes of the season till now. Truly, the premiering of season 2 in January has made the starting of the year full of entertainment for the audience.

The debut of the series on the HBO channel was in the year 2019 and with that continued for a total of 8 episodes along with 2 specials which were dropped in December 2021 and were loved by all. The second season started premiering on the 3rd of January and we have already received a total of two episodes, the third episode is expected to drop by the 23rd of January, and the date for the release of the 4th episode is set to be the 30th of January. The second season will also have a total of 8 episodes and will end by the 27th of February. Each episode is estimated to have a total runtime of about 50 minutes to 60 minutes. Thus, the viewers have to wait for a little till the next week for more drama and entertainment.

ALSO READ: Everything You Need To Know About The House Season 2 Release Date!

The second episode of the series has already dropped by and it is full of drama and chaos, we see Nate coming back from the hospital after his injury at the new year’s party and feeling the urge to fix things after making out with Cassie, Nate’s father also goes up to Cassie’s house to find out how his son got a terrible beating. Kat during all this chaos finds out that she has been losing her likings towards Ethan and is in a state of confusion. Cassie also gets to know that Maddy is thinking about getting back with Nate, but still, she overcomes her guilt and keeps seeing him. We also see how Jules becomes insecure about Rue’s relationship with Elliot while he doesn’t know the truth about them.

In the third episode, for which we have already received the promos, we see how nature starts ignoring Cassie in school which ends up hurting her a lot and she starts questioning herself. we will also get to know a lot about Cal, Nate’s dad’s past, and how he turned out to be like this. A lot of drama is set for the upcoming episodes.

In episode 4, there is a lot of predictions about the ongoing chaos between Nate and Cassie, Cassie and Maddy also may end up having a fight over the current situation. It is also expected for Nate and Cal to have some more troubles to be born between them along with that Jules may also end upon finding that rue and Elliot have been doing drugs together again and it was hidden from Jules. Jules may end up doing something against Elliot. Though we haven’t received any proper information from our sources, we can ensure you that the wait for the 4th episode will be worth it.

The ongoing season is a great hit among the audience and the show is also expected to continue for another season after this. We have already received many promos regarding the upcoming third episode, which tells us a lot about the upcoming story. Nothing is much confirmed about the 4th episode, and if you still haven’t started binging it, go and catch some of its epic scenes from its trailer which is available on YouTube.

ALSO READ: When Is This Is Us Season 7 Coming Release Date? Know Here! 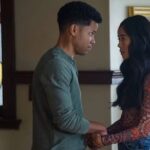 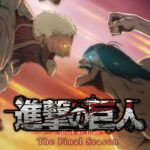