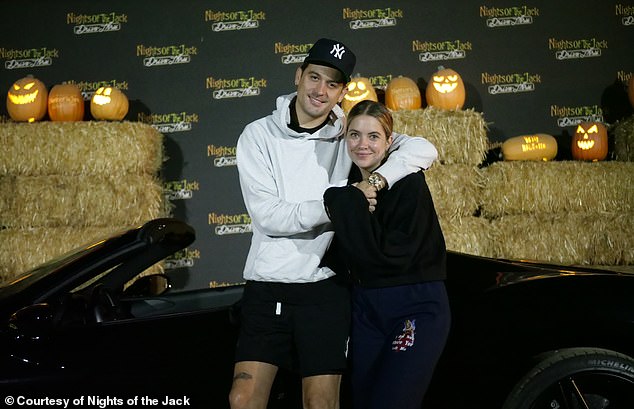 G-Eazy is an American rapper and also a songwriter and is quite famous. G-Eazy is Gerald Earl Gilium’s stage name. He was born on May 24, 1989, and is 33 years old. He was born in Oakland, California, the U.S. He won Favorite Hip-Hop Artist 2017 in the People’s Choice Awards. G-Eazy used to live with his grandparents when his mother left his father. He then moved to North Oakland. He graduated in the year 2011 from Loyola University New Orleans. His genre is majorly Hip-Hop.

G-Eazy started working on singles when he was a student. His mixtapes of that period were quite famous. He released his major-label debut album on June 23, 2014. The album has sold almost 265000 copies to date and also topped the US Billboard’s Hip-Hop/ R&B and Top Rap Album charts. This album helped him earn the third spot on the US Billboard 200He became famous after the release of his mixtape “The Endless Summer”. The album was released in the year 2011. This album earned him a chance to go on a tour with Drake and Lil Wayne. . G-Eazy is also quite famous among the youth. He has 9.8 million followers on Instagram. His official website is G-Eazy.com.

Who Is G-Eazy Dating?

G-Eazy was linked to many famous people before including Halsey and Lana Del Rey. G-Eazy and Halsey dated each other for more than a year. They were dating each other from August 2017 to October 2018. G-Eazy and Lana Del Ray started dating each other in April 2017. It is reported that their relationship ended very soon on a very bad note. It is rumored that one of the most famous songs of Lana Del Ray’s “White Mustang” is about G-Eazy. It was reported that in December 2020, Lana Del Ray was engaged to Clayton Johnson.

Currently, G-Eazy is dating Ashley Benson. They broke up after spending almost two years together. They were seen lot many times hanging out together but when asked, they stated that it is nothing serious. They were also seen at many public places doing PDAs. They were also seen together at Ashley’s sister’s wedding. The wedding was an intimate gathering. After their break-up on February 2021, G-Eazy was spotted with Josie Canseco. But later, it was reported that no romance is going on between them. They were seen together again in December 2021. They had collaborated on a cover of Radiohead’s “Creep”. It was released on April 2021. It was further officially announced that they are dating each other again.

Who Is Ashley Benson?

Ashley Victoria Benson was born on December 18, 1989, and is 32 years old. She is an American actress, model, and singer. She is bisexual.  Ashley was in a relationship with English model Cara Delevingne from 2018 to 2020. They had confirmed their relationship in public with a video of both of them kissing in the June of 2019. They were one of the favorite queer couples of the public. Ashley Benson and G-Eazy have had an on-and-off relationship. She is currently staying in Los Angeles. She has won 6 well-known awards and also was nominated for 9 for her work. She is famous for her role in Pretty Little Liars which is a mystery thriller television series. She has worked in many movies, series, web shows, and music videos, and has also written a song named “Every Night Of The Year” with G-Eazy, Dakaria Gwitira, and John Michael Rouchell.

They dated for a year in 2020 and later, broke up. It is reported that their relationship didn’t end well. At the end of 2021, reconciliation rumors were heard about the couple. They were seen together again after the death of G-Eazy’s mother. Every follower of G-Eazy knows how emotionally traumatized he was by the death of his mother. At the event, they walked on the red carpet separately but later were seen posing together for photographs. At Pre-Oscars they were seen doing PDA.

Their love story started with them starting as collaborators and then turning into lovers. Their dating rumors started when they were seen kissing in a video posted by the Daily Mail after a few months of their collaboration. A very beautiful love story was seen between them. But later in February 2021, a source confirmed that they have broken up. They were spotted together in Los Angeles in the same year. And later, in January 2022 a source confirmed that they are again back together.