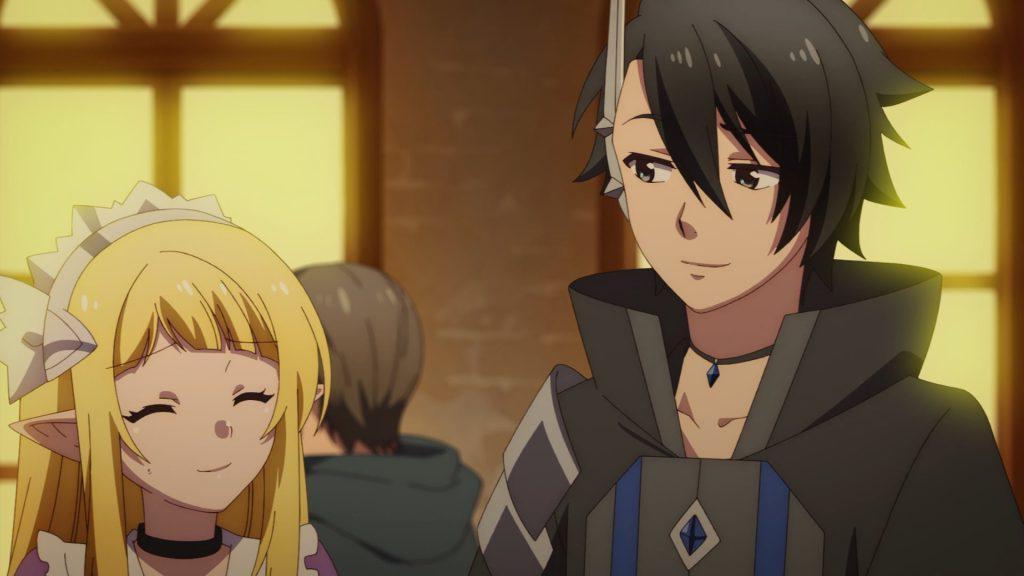 In the long list of fantastic anime, Black Summoner is another shining gem, that is making everyone a fan of their concept and story lately, as everyone should because the way Black Summoner tells the tale is on another level, every episode has some new insights and exciting moments. This light novel series is written by Doufu Mayoi and Kurogin is the illustrator of the series, the novel was released in 2014 on a website. The anime adaptation was premiered on 9 July 2022 by Satelight. Directed by Yoshimasa Hiraike, Black Summoner is a great series to add to your watchlist. Recently the 7th episode was released on 20 August 2022, and the fans have been waiting for the 8th episode of the fan-favourite anime series Black Summoner, so let’s just jump onto the details, shall we?

Waiting for new episodes of your favourite anime is kind of hard, you are invested in the show and now you have to wait for some days to see what will happen next, but it is still one of the most satisfying moments when your favourite anime finally comes with a new episode. The viewers of Black Summoner can feel this moment when they will finally watch the 8th episode on the 27 August 2022.

The 7th episode was released on 20 August 2022. In that episode Kelvin eventually meets Touya and Setsuna who are sword wielders, he also meets Nana and Miyabi who are mages.  All of them decide to fight against each other and the loser has to obey the winner. Kelvin has a new skill that allows him to copy other people’s distinctive capabilities and use them, he absorbs the skills of Martial Combat from Sera already and from Miyabi he stills Parallel Processing. Touya starts to fight Kelvin alone, but Setsuna reminds him they are a team and they fight Kelvin as a team again. The fight is as interesting as it could have been, Kelvin makes fun of Touya and Setsuna’s skills to provoke them. Touya and Setsuna use an anti-magic trap so that Kelvin can’t use magic but Kelvin uses the stolen skills of Parallel Processing and uses it to make a new magic spell to free himself.

In the end Kelvin wins and tells Touya and Setsuna and Nana and Miyabi that Christoph is the real criminal and he is the one who helped the slaves in getting out. The fight was a trick of Kelvin to make all four of them realise their powers and also help them improve so that together they can fight the demon lord and remove him from the magical world, then Nana and Miyabi and Touya and Setsuna say thanks to Kelvin. But Kelvin has not forgotten the deal they made, and tells them to strip their clothes.

In the new episode, we will find out why Kelvin has asked for this bizarre thing because it is weird that Kelvin would ask something like this, it will also be interesting to see the role of Nana and Miyabi and Touya and Setsuna in the upcoming episodes and how they all will fight the other demons before actually fighting the demon lord. The 8th episode will answer the details more thoroughly, till then enjoy the excitement.

Black Summoner has great, powerful, and interesting characters such as Kelvin is voiced by Kouki Uchiyama, who is popular for his work in My Hero Academia as Tomura Shigaraki, in Jiu Jitsu Kaizen as Toge Inumaki and Demon Slayer: Kimetsu No Yaiba as Rui. Elfie is voiced by Manaka Iwami who is well-known for projects such as Spy×Family as Millie, The Dawn Of The Witch as Riiri, and Fruit Basket: The Final as Tohru Honda. Reina Udida is the voice actor for Melfina, Reina is famous for her work in Demon Slayer: Kimetsu No Yaiba, Sakura Quest as Shiori Shinamiya, and Genshin Impact as Ganyu.

Where To Watch Black Summoner Online?

Black Summoner is available on Crunchyroll in certain regions. Isekai and Fantasy lovers will like the show.

MUST READ: Rent A Girlfriend Season 2 Episode 9 Release Date Arrived Or Not?