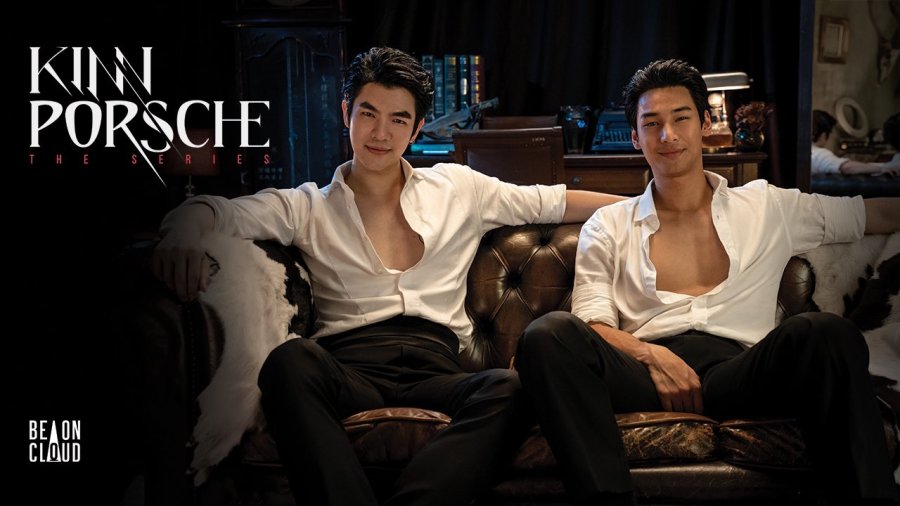 Also known as KinnPorsche: The Series, KinnPorsche is a Thai action romantic genre drama series that is based on a web novel of the same name. Written by Patchayamon Theewasujaroen and Krisda Witthayakhajorndet, who has also directed the series along with the collaboration with Kongkiat Komesiri, the series follows Porsche who takes care of his younger brother while fighting with the underworld don Kinn. As season 1 has over, the audience is now waiting for season 2. Read the article further to know the exact information.

The production of the series was announced in September 2020 by Filmania but Be On Cloud came into the picture in late August 2021 to produce the series. A new cast was also confirmed in the press conference, held in November of the same year.

The series was finally released on April 2, 2022, and concluded on July 9, 2022, with long 45 to 60 minutes 14 episodes. The series was well received by the audience and the makers and the director has forecasted the future of season 2.

Although they have not disclosed the release date of season 2 the director told in an interview that they are planning something big and their plans are something different. It can be inferred from this statement that there are some chances of season 2 and if the previous season gets more views and appreciation, season 2 will soon release.

As the series is romantic boys’ love drama, it surrounds all the messy things, the underworld connections, and the fighting. While Kinn is the second heir of the Theerapanyakun family and the holder of its criminal business, Porche is a young bartender and a fighter.

Kinn was saved by Porsche when he was attacked while returning after making a business deal and finds him attractive. He offers him a job to be his full-time bodyguard and, Porsche, in the need of money to send his younger brother to university and to take back his father’s house, agreed to accept the offer.

As he starts doing his job, he gets to know about the underworld don and the connections they make. He also got attracted to his boss. While it was not easy to showcase their love, they have many more issues running after them. As Kinn is gay, he needs to look after his business and love and have to balance both.

As mentioned, Kinnporsche is based on a book called Daemi. The second son of mafia lord, Kinn while trying to get away from his opponents meets Kinnporsche. And this is where the main story of the show starts. They start to get closer and you will see every bit of drama, action, and love story. though there has been no official storyline released or trailer released for season 2 story, But there are great chances the show will continue from where it left off. Those who watched the season on will know it left us on a cliffhanger.

The storyline will pick up from where it left in season 2. We will see our questions get answered in season 2. But we still have to wait for a trailer or teaser so we could know whats season 2 is going to be about.

Season 1 had Phakphum Romsaithong and Nattawin Wattanagitiphat in the lead roles as Kinn Anakinn Theerapanyakun and Porsche Pachara Kittisawat. Kinn is the second heir of Theerapanyakun’s crime family business and Porsche is a local bartender and a fighter.

The viewers also see other secondary casts including Wichapas Sumettikul as Vegas Kornwit Theerapanyakun, Kinn’s eldest brother, Jakapan Puttha as Pete, Porsche’s roommate and the head bodyguard at the Theerapanyakun compound, Jeff Satur as Kimhan Theerapanyakun, Kinn’s younger brother and having disinterest in the family business with Tinnasit Isarapongporn as Porschay Pitchaya Kittisawased, Porsche’s younger brother and is willing to take music program at a university. Well, there are many more casts and the same ones can reappear again in season 2 if it gets renewed.

As there is no official trailer for season 2, the viewers can go for season 1, if they have not watched it till now. This series can prove to be one of the most favourite and most entertaining BL romantic dramas as it is a lot more interesting.

Where To Watch KinnPorsche Online?

Season 1 was released on One 31 and if you have not watched the series yet, go for it surely. If the series get renewed for Season 2, it can release on the same platform.

MUST READ: Partners for Justice Season 3 Release Date: What To Expect?