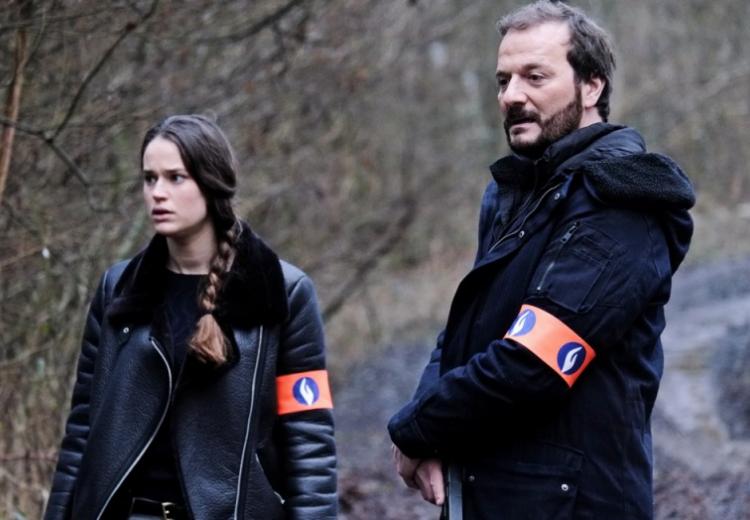 Everything has become simpler thanks to technological advancements. Regrettably for us, it has also made things easier for crooks. The hazards are numerous, ranging from cybercrime to internet terrorism. The Belgian cop drama ‘Unité 42’ or ‘UNIT 42’ takes this subject as its central focus. The 10-episode series, written by Julie Bertrand, Annie Carels, and Charlotte Joulia, premiered in Belgium on November 19, 2017, and in France on January 15, 2018. It was immediately picked up by Netflix to make it accessible to an international crowd after being developed by Left Field Ventures and RTBF. On June 14, 2019, Unit Season 1 debuted internationally on the internet streaming platform.

Season 1 of ‘Unité 42’ was launched on November 19, 2017. This is a classic European story from every viewpoint, bathed in cybercrime and centered around terrible, gruesome murders and homicides. Therefore, of course, Netflix couldn’t resist adding it to its collection, especially to its ongoing effort to focus more on grim foreign thrillers. Back in December 2017, RTBF announced officially that ‘Unité 42’ would return for a second season. As per the statement, the project will feature a team of six authors. Furthermore, the four investigators from season one are back: Sam Leroy, Bob Franck, Billie Vebber, and Nassim Khaoulani.

The basic plot of ‘Unité 42′ centers around police officer Sam and hacker Billie, who combined field investigations and the virtual world through their intriguing dynamics. Sam, a widower, and father of three children join Brussels’ Cyber Crime Unit, Unit 42. Billie assists him in deciphering complex codes that are part of his everyday routine. But it appears that she has her own motivations and objectives. ‘Unité 42,’ a sophisticated detective series full of twists and turns, brings to life the frightening world of the Internet, equipped with developing technologies.

We’ve all seen how smart criminals commit crimes while hiding behind the shields of their computer displays. And this program aims to expose the dangers of this frightening trend. The police department’s Digital Unit uses an innovative strategy to crack these cases, integrating field investigations with virtual explorations. And who better to complete this assignment than a cop transferred from the homicide bureau, a dedicated, educated female cop, and an IT expert? One of the incidents highlighted on the program is the murder of Nina, a seamstress who was found murdered after being choked with a rope. Her partner, who was upset after discovering a photo of his girlfriend with some other man, is immediately suspected. Things quickly become complex when another murder occurs using the same method. Sam and Billie try to find the murderer with the help of Bob and Nassim. Unfortunately, this is not the end of the matter. They must also deal with other horrifying cases.

Ridremont’s description of loss and tension is accurate from beginning to conclusion. When Unit 42’s slick storytelling and hard-boiled aspects are in sync, the show rivals the best procedurals on the planet. Even Sam’s attempt to cope with his sadness while caring for his family offers possibilities for audience investment. As Sam and Billie join together to rid their city of crime, they encounter some new challenges in their collaboration. However, they gradually learn to reconcile their experiences and work with one another. As the series goes, we realize that behind each cybercriminal lies another vital tale – a humanistic peek into the histories of each individual committing violent acts.

Where To Watch Unité 42?

The episodes are planned to go further into the protagonists’ personal tales. According to sources, Unit 42 season 2 will premiere on RTBF in October 2019. We anticipate that it will be available on Netflix shortly after. Viewers may watch all of the previous season’s episodes on Netflix.

ALSO READ: WHEN WILL THE LAST BUS SEASON 2 RELEASE?