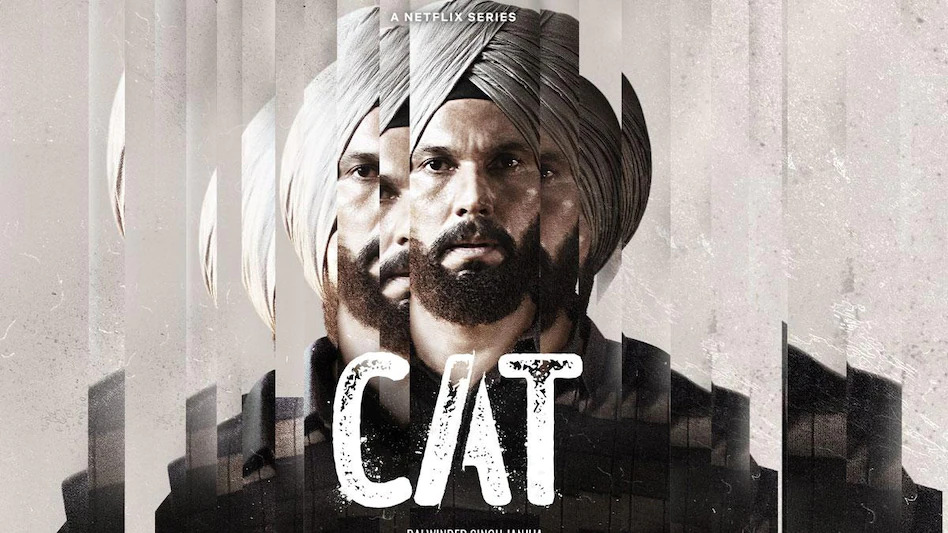 CAT is an Indian crime thriller series that was just recently released online on the 9th of December 2022. The first season of the series had a pretty nice impression on the audience in just a short span of time.

The story of the said series revolves around a former police informant who lives under an alias of course because of his work. He is suddenly reached out to and asked to infiltrate and investigate a drug empire that has been spreading its roots all through the state. While working on the mission he unravels multiple connections to a dark and forgotten past of his.

The series is much appreciated for the plot but all the more for the capable actors, the series is led by Randeep Hooda who tends to leave an impact with every role he takes on. A reviewer on IMDb commented and compared the series to be on par with Sacred Games.

The series got an IMDb rating of 8.9/10 while the Times of India gave it a rating of 3.5/5. The first season has 8 episodes with an average runtime of 40 to 45 minutes. It is a worth-watching series that showcases a side of the world that usually remains unspoken.

There has been no announcement or hint of there being another season of the said series. But there is no news about the series being canceled or completed either. The eighth and final episode of the season did pretty much complete the story but did not quite conclude it which suggests a potential season to follow the same storyline.

If we are to go by the records Netflix will take its time to check the algorithms, comments, and everything else before renewing the series for a second season. The very idea gives us a thumbs up for the second season as the first has been doing pretty well and has managed to appeal to and appease a vast audience. Let us hope they do renew the series sooner if not later.

The show is termed as ominous and gritty which is to be expected as it portrays the perspective of somebody who is constantly indulging himself with the darker side of the world and witnessing political dramas that lead up to more crimes.

The story has a similar vibe to Shahid Kapoor’s and Alia Bhatt’s film “Udta Punjab” as it highlights crimes and trafficking caused or related to drugs in Punjab. And as Randeep Hooda seems like an innocent man struggling with all the new information, he ends up having to process as he goes deeper into the crime syndicate so as to work as a double agent makes it all the more interesting.

To answer this question let’s see how the fans liked it? Season one has achieved 8.4 rating out of 10. The ratings are decent and one thing to understand is that many people liked the show because of the cast involved.

If we talk about the storyline, it was average. So, to make the fanbase of the show stick, creators will have to invest a lot of time in the story of season 2. To answer the main question, season two might come, but there’s no official confirmation made yet about it.

Ratings and the storyline will majorly affect the decision for season 2.

MUST READ || When Will Vadhandhi: The Fable Of Velonie Season 2 Release Date Arrive?

If the series were to be renewed for another season, I believe it will have the same cast as it would be sort of continuing the same plot line as the first season. The series has an incredible cast who potentially do more than just justice to the characters they are assigned to play.

As mentioned before the main lead of the series is Randeep Hooda and he is playing the role of a double agent named Gurnam Singh. Then we have Pramod Pathak, Survinder Vicky, Geeta Agarwal Sharma, Hasleen Kaur, Kavya Thapar, Coral Bhamra, and Raman Deep Yadav playing the support characters in the series.

Yes, we have a nice story for the second season of the series it would be showing us all the pursuing Gurnam does to find and pretty much kill Shetab Singh and Baljit Singh Rajpuria the ones who killed his parents. He has extra added anger and revenge fuel towards Sehtab because he has been lying about his parent’s death all through and was actually amongst the culprit behind all this. He also made him a double agent and whatnot. Let’s just wish they decide to renew the show soon enough, for it is definitely worth watching stuff.

As already mentioned, the story is based on the political corruption, crime, and drug issues that the state of Punjab faces. The story is set in the time period of the late 90s to early 2000s. The story follows the character Gurnam Singh who Is pretty much an innocent regular citizen who has a past experience of working undercover for the police so as to find his parent’s murderer.

Gurnam is asked to live the double life all over again as he is supposed to infiltrate a drug syndicate by the same policeman who enlisted him as a youth. Though his thoughts were wavering he was compelled to do so because his brother was arrested in a drug case and it was necessary for him to become an undercover agent thus ensuring his brother’s safety.

Gurnam alongside his fellow officers Babita and Chandan do everything in their power and successfully take down Madam Aulakh one of the main antagonists of the story or to be more specific the antagonist they were supposed to take down for the sake of the mission they were given.

For disposing of Madam Aulakh he began to crumble her from her inner circle, beginning with Laadi her closest associate whom Gurnam ended up killing because he pretty much had no other option, then he went on to target Shamsher the one whom he handles by using his son and his plots towards Madam Aulakh and her daughter.

He manages to win over Madam Aulakh’s trust and confidence. Amidst all this drama we are given glimpses of Gurnam’s past, about his parent’s death, the things he had to go through to raise his siblings, how he went undercover to find out his parent’s culprits and how he ended up killing one of them out of spite and rage.

The one he blamed for his parent’s murder was his uncle Mastaan and a contract killer with whom he supposed his uncle had connections with Baljit Singh Rajpuria. The story turns out to be connected to his past when the same Rajpuria reappears in Gurnam’s life as one of Madam Aulakh’s contact. Gurnam gets confused for he killed his uncle and made sure Rajpuria was captured and killed a fact confirmed by his hiring officer Sehtab Singh.

It is then that he realizes that something has been off about his past and that Sehtab Singh has been relentlessly lying to him. HE discovers that Sehtab let Rajpuria escape by taking a bribe and that he was the actual murderer of his father, that is, Sehtab Singh killed Gurnam’s father and the other two, that is, Gurnam’s Uncle and Rajpuria killed his mother when she came looking for her husband.

Sehtab killed Gurnam’s father because he reported Mastaan, Gurnam’s uncle, and Rajpuria for trying to smuggle weapons over the Indo-Pakistan border. Like in all cliché Bollywood movies, somebody related to the main lead calls to report a crime, and the police officer who comes by to investigate turns out to be someone who is actually helping the criminals.

Now, the supposed second antagonist of the series is a politician named Jaggi Pradhan who is desperately trying to get himself a seat in the legislative assembly turns out not to be the main issue and Gurnam’s attention turns toward Sehtab Singh. Aware of all these Sehtab orders Gurnam’s fellow spies Chandan and Babita to kill him.

Babita who kind off got close to him during the duration of their mission is unwilling to kill Gurnam and Gurnam bribes Chandan with Madam Aulakh’s money so basically, neither Babita nor Chandan kill him they rather lie about killing him to Sehtab who is currently on his way to Canada alongside the contract killer Rajpuria.

The series ends with Gurnam shaving his beard off and cutting his hair so as to disguise himself. He swears on this act that he will pursue his enemies all the way to Canada or any other place if it is required and will definitely exact revenge on each one of them in any and every way he possibly can.

Where To Watch CAT Season 2 Online?

The second season of the series will also be made available on Netflix similar to the one before it.

The ratings of the show are good, it received 8 out of 10. You can check the results below:

The show has not been renewed for season 2.

2. Will cat ever come back?

There is no official information regarding season 2 yet.

3. Where To Watch CAT Season 2 Online?

If the show gets renewed, you can stream it on Netflix.

MUST READ || Dharavi Bank Season 2 Release Date: Is Thalaivan Ready To Come Back?