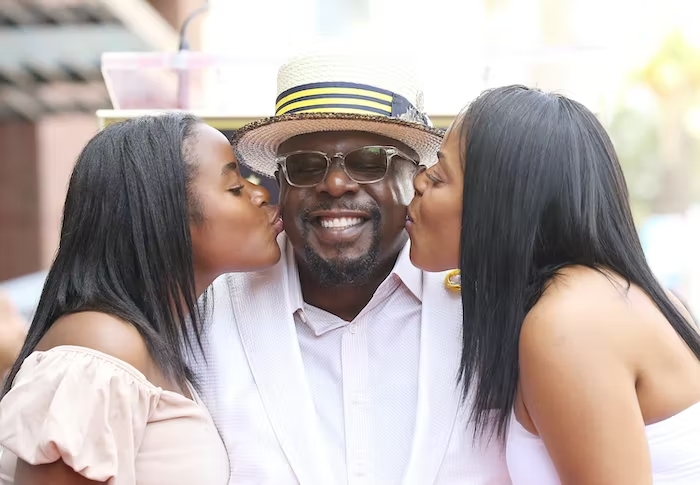 Who Is Cedric The Entertainer Married To?

Cedric the Entertainer is a married man. Presently, he is married to Lorna Wells. The couple has been married since 1999. They have two children: Croix and Lucky Rose. The kids were born in 2000 and 2003 respectively. Besides these two kids, Cedric also has a daughter named Tiara who was born from a previous relationship with the entertainer.

The couple is said to have met in the early 1990s when Cedric was working on ComicView. Both Cedric and Lorna were set up by their mutual friends. Soon after that, they started dating each other, and now they are married. Their marriage is running 24 years strong.

It can be concluded that Cedric is a straight man, and he is leading a good family life. Although the couple has been photographed together, they are not very open about their private life which is a good decision.

On April 24, 1964, Cedric Antonio Kyles was born in Caruthersville, Missouri. Rosetta is his mother, and Kittrell Kyles is his father. Sharita Kyles Wilson is his younger sister. She is a professor of communications at Pepperdine University in Malibu, California.

After Cedric’s junior high school, he moved to Berkeley, Missouri. There he graduated high school from Berkeley High School. Cedric has a degree in communications from Southeast Missouri State University.

MUST-READ| Cara Cunningham Net Worth: How Much Does The Social Media Personality Earn?

Cedric is popularly known as Cedric the Entertainer. He is an American stand-up comedian and actor. During the 1993-94 season of ComicView, he was the host of the show. He also hosted Def Comedy Jam in 1995.

Cedric gained recognition and popularity after his role with co-star Steve Harvey on The WB sitcom The Steve Harvey Show. His name can be found as one of The Original Kings of Comedy. He also starred as Eddie Walker in Barbershop.

Cedric is also known for hosting the 12th season of Who Wants To Be A Millionaire in 2013-14. He starred in the TV Land original series The Soul Man in 2012-16.

His works do not end here. He has also given his voice to Ice Age, Charlotte’s Web, Planes and Planes: Fire & Rescue, and the Madagascar film series. He has also acted in many films.

He is also known for receiving a star on the Hollywood Walk of Fame.

Cedric is a published author as well. He has published a book titled Grown-A$$ Man. He has given comedic interludes to Jay-Z’s “The Black Album” and Nelly’s album “Country Grammar”. Cedric was also the lead comedian at the 2005 White House Correspondents Dinner.

Cedric the Entertainer’s Net Worth

The net worth of Cedric Antonio Kyles is estimated to be around $25 Million approximately.

He has earned his fortune via his profession as a comedian and an actor. He is also a director and has hosted many shows which have given rise to his fortune. He has a flourishing career; his wealth can easily be attributed to such a thriving career.

Who is Cedric married to?

He has been married to Lorna Wells since 1999. Their marriage is going strong for 24 years as of now. They are happily married to each other. Both Cedric and Lorna are private about their matters.

Is Cedric the Entertainer rich?

Yes, most definitely. His net worth is estimated to be $25 Million. He has earned his wealth through his professions as a comedian, an actor, a voice actor, a host, and also a published author.

How old is Cedric the Entertainer?

Cedric the Entertainer is 58 years old. He will turn 59 this April.

Both Steve Harvey and Cedric are still friends. According to some, they have proved that friendship still exists in Hollywood.

MUST-READ| What Happened To Bernie Madoff’s Wife? How Deeply Is She Affected By Bernie’s Scandal?