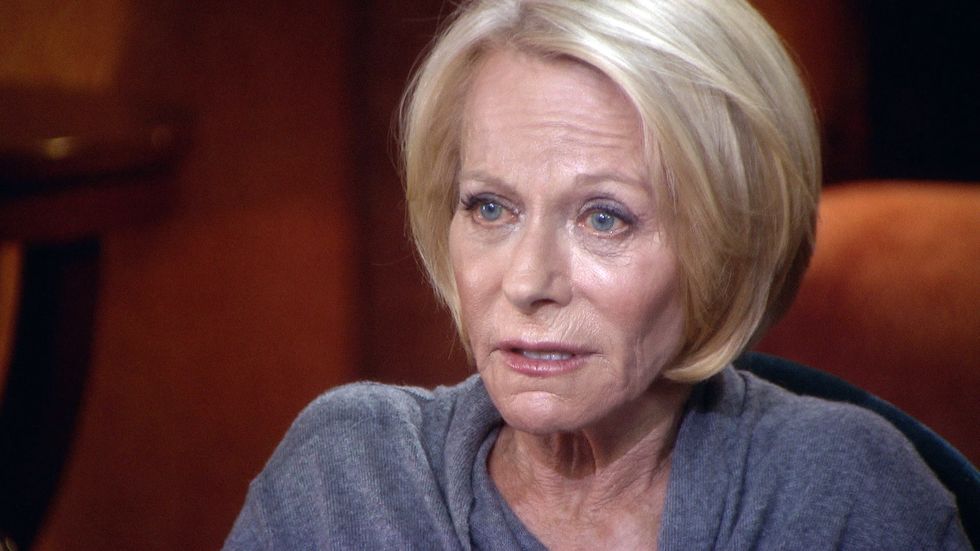 The mastermind of the largest Ponzi Scheme, the fraudster who wiped off billions from hundreds of investors out there, the one-time chairman of the NASDAQ stock exchange, Bernard Lawrence Madoff is back in talk. At one time, he was recognized among the most reputed men in New York, but when the imaginary bubble burst, his reputation was turned upside down. The truth came out and so did the scam, the huge investment scandal caught our attention, and there began the most disturbing and traumatized phase of Bernie’s life.

He was arrested around December 2008 and after months of the trial period, the court found him guilty! His story has taught a huge lesson to all of us. That man didn’t suffer alone but his whole family has shattered apart. To keep us awake from future scams, Netflix has created an exclusive documentary based on Bernie Madoff. But before we tell you more about MADOFF: The Monster of Wall Street, let us quickly update you on the whereabouts of Bernie Madoff’s wife! Is Ruth Madoff dead? Did she commit suicide?

Where Is Ruth Madoff Today?

This time we are not focusing on Bernie Madoff, but the audience is curious to learn everything about Ruth Madoff. At the mere age of 18, she became Mrs. Madoff! Sources say she met Bernie in high school and that’s where their love story began. They got married in 1959 and were always seen as a compatible couple but little did everyone know what was cooking in Bernie’s mind! Bernie Madoff passed away in 2021 but his wrong deeds continue to haunt his wife. This statement is 100 percent accurate! The financial serial killer not only destroyed the lives of potential investors but also finished the life of Ruth Madoff.

As per our inner sources, Ruth Madoff is still alive! She preferably avoids media and crowd gatherings. For months now, we haven’t heard much about Ruth Madoff’s existence but according to our estimates, she is living somewhere in Southport, Connecticut. Back in October 2020, we heard she had become a resident of Maplewood Senior Living but as of January 2023, we have no latest updates on Ruth Madoff! Sources say her husband’s fraud has deeply affected her and she is still trying her best to move past her husband’s wrong deeds.

ALSO READ – Where Is Angelyn Thompson Now? How’s She Doing?

The rumors are partially correct! Yes, Ruth Madoff once tried to kill herself but thankfully, she wasn’t successful in her suicide attempt.  This is not our quoted statement but Bernie Madoff’s wife herself has confirmed the above news. The story dates back to 2008. On Christmas Eve, the couple made a suicide pact! Bernie and Ruth were heavily worried about the consequences of Bernie’s arrest, they almost knew their scandal was about to be revealed, his arrest had already brought them under the red light, their game was over and they had nowhere to go! They initially took a bunch of pills, but it seems like those pills didn’t have a drastic impact on their health!

Bernie Madoff’s wife, Ruth Madoff initially held a net worth of $70 million, but after the scandal came into the picture, everything was taken over by the government authorities. Currently, she holds a net worth of around $2 million! Yes, she might not have a private jet anymore but being a single woman, she has a bunch of money to survive a pretty decent life. She mostly keeps her head low and tries to camouflage among the crowd. Many claim Bernie’s wife was also involved in the scandal but reports say Ruth didn’t know a word about Bernie’s fraud!

The documentary you all have been waiting for is here, Netflix has opened up the stage for MADOFF: The Monster Of Wall Street. The age-old fraud caught our attention again! Bernie Madoff’s whole life has been broken down into 4 episodes!

The latest Netflix documentary rolled out on 4th January 2023 and many expect to see another season of the series. But as per our estimates, MADOFF: The Monster Of Wall Street comes under the limited Netflix category. They have mostly wrapped up his story, from becoming a financial game changer to eating out the funds of all investors, MADOFF: The Monster Of Wall Street surely took us by surprise.

Where Is Ruth Madoff Today? – FAQs

No, Ruth Madoff is not dead, she is very much alive.

2. How many kids did Ruth Madoff have?

3. Is Ruth Madoff admitted to a mental hospital?

No, Ruth Madoff is not admitted into a mental hospital. The rumors are baseless.

4. What is the actual age of Ruth Madoff?

According to the reports, Ruth Madoff is currently 81 years old.

Many claim Ruth Madoff knew everything from the very beginning, sources say Ruth Madoff was involved in her husband’s fraud.

6. Did Ruth Madoff file a divorce case against Bernie Madoff?

Ruth Madoff was highly upset by her husband’s fraud, but she never filed a divorce case against him.