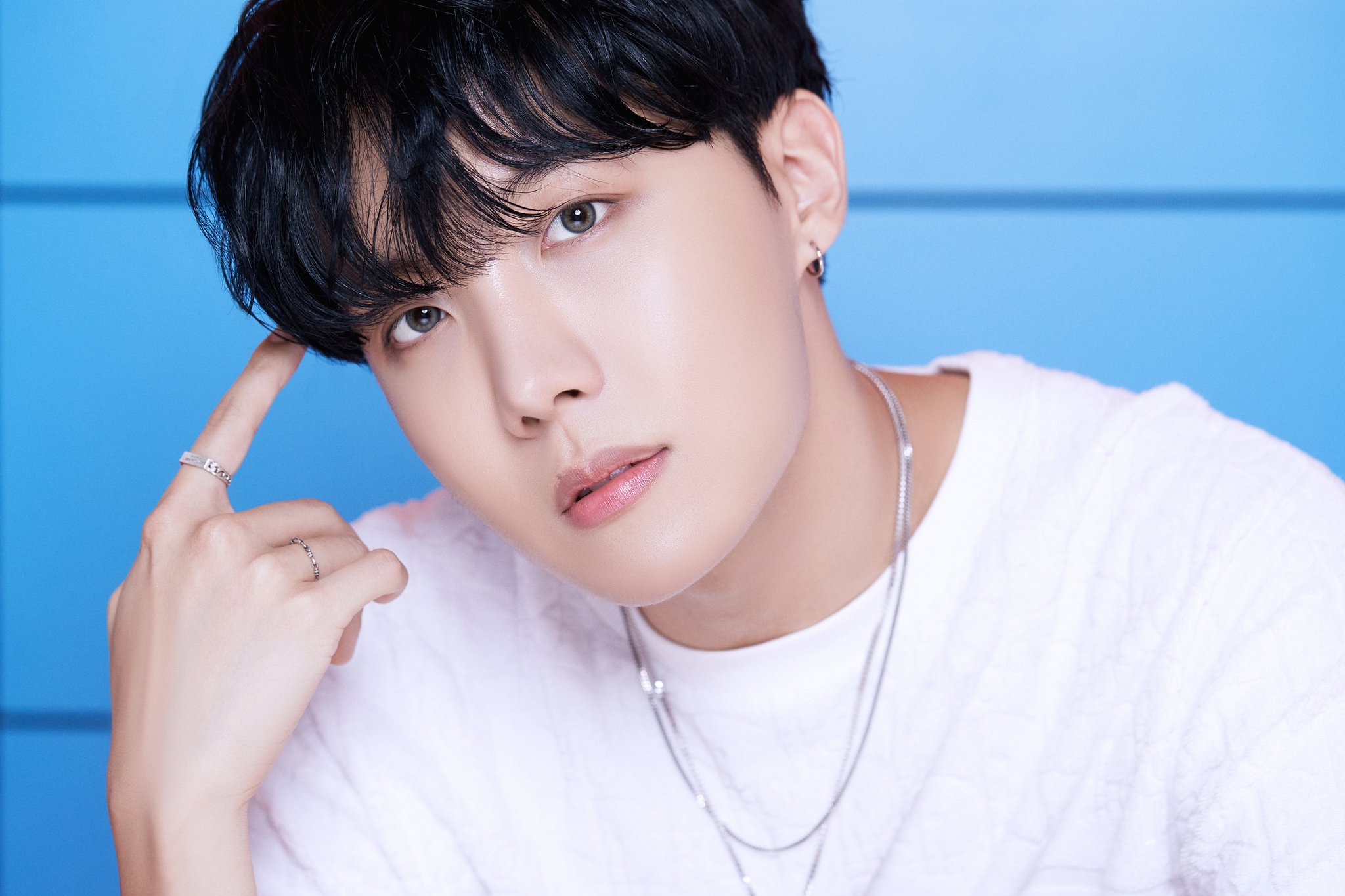 2022 has surely brought some disheartening news for us. Yes, we are all happy that our favourite band, BTS, is now dismantled. They have decided to pursue their solo careers and of course, their duty towards their nation is also calling for them. We do understand their obligations and are trying to support them but still, there’s a tiny part that doesn’t want to let go. For that teeny-tiny part, J-Hope has brought great news!

We can never stop pursuing our passion, can we? J-Hope couldn’t stop himself from pursuing his passion either and released his first solo album late last year. And now, in early 2023, J-Hope is bringing another treat for us! We are about to witness his documentary series soon! Here’s everything you need to know about it!

Though we can never believe that BTS would ever disband, we have somehow convinced ourselves to believe that they are on a break. BTS has that magical spell, don’t they? So, when J-Hope released a whole album, we went berserk over it. Why wouldn’t we be? After such a piece of heartbreaking news, we did need an ointment and J-Hope’s album did help us see his potential.

J-Hope In The Box Documentary highlights the making of Jack in the Box, a single from J-Hope’s solo album. It is expected to release on 17 February 2023. It will be showcasing the 200 days of effort it took from J-Hope to release his album. His album has of course hit the mark and though we cannot pinpoint a single flaw in it, there are some details we have missed out on. In this documentary, we will be able to learn about all those details!

What To Expect From J-Hope In The Box Documentary?

We have all seen how brilliantly talented the BTS stars are. The entire world is now a fan of these stars, we have all become a part of the Army now, haven’t we? In this documentary, we are about to witness the charismatic J-Hope in the process of launching his solo album outside the BTS tag.

In an interview, J-Hope mentioned that he was nervous about this album. But despite his nervousness, he has nailed it. In this documentary, we will be watching J-Hope’s journey towards creating this album. Right from the beginning, till the success of this fantastic album, we will be treated to every single detail. Only a few more days of waiting now!

J-Hope In The Box Documentary: The Cast Involved

Though all the BTS members have been releasing singles, J-Hope is the first one to release a solo album and now a documentary centred around that album. As for the cast members, we are expecting the crew members of the album to come together. Each member who contributed to the hit of this album is expected to be seen on stage and depict the story behind this album.

J-Hope, the international music sensation, will be seen on stage walking us all through his monumental release. There would be behind-the-scene moments that we haven’t seen before and some stories about the album told by J-Hope himself. This is going to be an epic documentary film where J-Hope will be highlighting his first music event!

You might have not noticed the correlation yet but we did. On the cover of J-Hope’s single, Jack In The Box, seven hands hold it all together. It is a very subtle hint, something that flies out of our minds quickly. But if you look closer, these seven hands do represent something more powerful, something more meaningful.

Yes, these seven hands represent the seven members of the BTS. J-Hope has always been thoughtful, hasn’t he? But? now, this has won millions of hearts worldwide. We all knew BTS wasn’t just another brand, these boys had the potential to slay hearts. And after this move of J-Hope, we are certain no other band would ever come closer to them.

Though J-Hope hasn’t released the album on the seventh, he is surely releasing his documentary on the seventeenth. Maybe, the number seven signifies a bit too much for him as it does for us. Hopefully, this documentary will be a blockbuster as his album is!

Will The BTS Clan Come Together In J-Hope In The Box Documentary?

Will there be a day when we wouldn’t associate all these singers under one name? Let’s hope not. When BTS disbanded–or more like took a break–we never knew there will be a day where we would be witnessing a day like this when we’ll be hearing solo albums.

But now here we are, cheering J-Hope for being the first BTS member to release a solo album after they split tracks. Now, since he has already released his album and is now in the process of releasing his documentary, we have a huge question clouding us, don’t we? Will we witness the BTS members in this documentary?

Jack In The Box Album: Why Is It So Monumental?

Aside from this album marking J-Hope’s first solo album, this is also a significant moment in the history of South Korea and the US. J-Hope has become the first South Korean artist to perform at Lollapalooza, a US festival. Yes, our favourite BTS star is now a US sensation as well!

In this documentary, J-Hope will be bringing us some behind-the-scenes of this festival. We are expecting a lot of drama and fun from this documentary since it is the fun-loving J-Hope we’re talking about. Also, there will be something to stand out, what it is we’ll have to wait and watch to know! Hopefully, this documentary will be as monumental as the album was.

“I’m your hope, you’re my hope, I’m J-Hope”, is not just a line anymore. It is J-Hope’s signature trademark. What started as a resort to save the studio from bankruptcy, is now an internationally celebrated pop band. And J-Hope is one such sensation that has inspired the entire world to come from nowhere.

Jung Hoseok became J-Hope, a rapper and singer, while he was just a hip-hop dancer at first. He has a deep connection with his family and nearly quit because he missed them too much but eventually, his team members convinced him and the Bangtan Sonyeondan aka Bulletproof Boy Scouts was formed.

You might have noticed that much of the BTS music is centred around their journey towards fandom. Even the name of the band symbolizes these boys’ down-to-earth nature. It has been over 13 years since J-Hope has been a part of this K-Pop group and now he is pursuing his solo career before he will eventually serves his nation. But as of 2023, J-Hope is still planning to pursue his singing career so he’ll probably delay becoming an army man.

READ THIS: Queen Of Mystery Season 3 Release Date And Spoilers!

Was J-Hope The Reason BTS Split Up?

Anyone who has the faintest idea of who BTS is would never accuse J-Hope of such insanity. The reason BTS has decided to take a break is that they are pursuing their solo careers and performing their duties before they’ll join us as a band again. J-Hope is not the reason behind this decision and even though many critics are accusing him of leaving BTS, it was not his decision alone and BTS is not dismantled yet.

In fact, J-Hope has been glueing the entire team together. In an interview, BTS confirmed that they were rooting for J-Hope. And when he was planning to leave in the initial phase, they wouldn’t let him go because he is such an integral part of the team. They even went further and mentioned that there would be no BTS if J-Hope wasn’t there.

J-Hope is a singer, dancer and K-Pop music sensation. He is known for his hip-hop style and philanthropic music style aside from being a BTS sensation.

J-Hope is now preparing for his documentary to be released on February 17, 2023.

Of course, he is still a singer pursuing his solo career after the BTS band decided to take a break.

Yes, J-Hope’s documentary is scheduled for release on February 17.

5. What Is J-Hope’s Documentary About?

This Documentary will be centred around J-Hope’s first solo album and his US festival trip.

6. Will There Be A Part 2 Of J-Hope’s Documentary?

So far, we have no information regarding part 2 but J-Hope might likely consider another part of his documentary.

7. Is There A Trailer Available For J-Hope’s Documentary?

No, we don’t have a trailer yet only the confirmation to go with and J-Hope’s official statement.

8. Where To Watch J-Hope’s Documentary?

For us online viewers, this documentary will be available on Disney+. Hopefully, we will witness this insightful documentary soon!