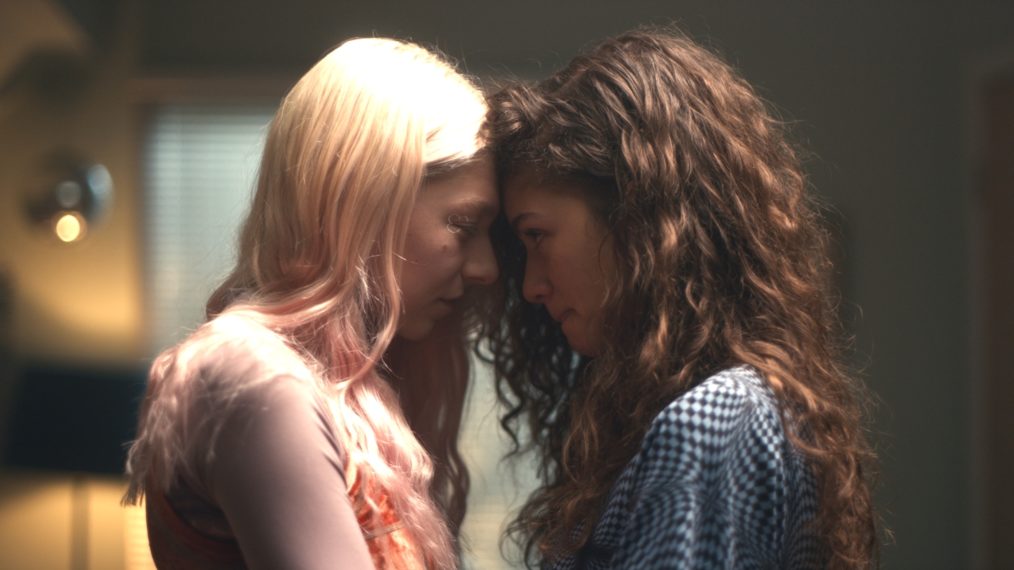 It is known to almost the whole of the new generation that our sexuality is not only contained to one single aspect which is heterosexuality. Earlier people used to face persecution if they showed sexual attraction towards anyone of their gender. Now, things have drastically changed. We have come to embrace multiple sexualities without any discrimination. This phenomenon is endorsed by various shows and movies as well. Netflix’s Heartstopper is a big example of such an endorsement. Although the gay community is being widely portrayed, the lesbian community still does not get as much light as the gay community.

However, we are trying to acknowledge the lesbian community in its true sense. We are still in the process of bringing it to light like the gay community. This community is seen to be portrayed in shows like Ginny and Georgia and Euphoria.

This article will strive to disseminate information about the character of Rue in Euphoria. Before we delve right into sexual orientation of Rue, let us get to know about the show first.

Presently, Euphoria (which is an American TV show) has two seasons starring Zendaya, Jacob Elordi, Sydney Sweeney, Alexa Demie, and many others. The show was first launched on HBO in 2019. Euphoria centers around a bunch of high school students who are struggling with various issues like drugs, relationships, absent parents, and body image. The show is intense and brutal in its portrayal of how these issues are very much capable of harming a person completely and entirely. The series has been written and created by Sam Levison.

If you have not watched Euphoria, this will be your first question in mind, which is quite inevitable considering Rue is the main protagonist of the show. The character of Rue has been played by the one and only Zendaya. She is a 17 years old character who suffers from severe drug addiction.

Since Rue’s father’s demise, her drug addiction grew stronger to the level of getting hospitalized and getting out of control. Her mother sent her to rehab, but nothing had any effect on her because she did not want to stay clean. However, Rue’s attitude changed after she met Jules, the new girl.

Rue and her love interest, Jules, met during a house party. The new girl was preyed upon by Nate as usual. When Jules cut her self using a knife to save herself from Nate, she not only grabbed the attention of everybody else in the room but also Rue.

Their building friendship soon started to grow deeper, and Rue ends up kissing Jules stating how much she cares for her and does not want anything bad for her.

MUST-READ| Is Anthony Padilla Gay? Did The Youtuber Ever Reveal What He’s Into?

Throughout the series, Rue has been an interesting character. Her character is bound to make you feel many different emotions all at the same time. There will be times when you will feel sympathetic for her, but there will also be times when you feel infuriated due to her drug addiction.

Rue is sometimes nonchalant. She is introverted and does not speak too much with the rest of the group Cassie, Maddy, and Kat. She was best friends with Lexi, but she grew distant from her as well. She is seen to use Lexi’s support and help at times of need, but she is absent at times when Lexi needed her.

The character of Rue can be deemed to be problematic. This is probably what drug addiction does to a person. Even if she is distant from her friends, she loves her sister very much. She tries to protect her little sister from bad influences even if she is already under one.

Jules does bring some changes in Rue’s attitude but that does not last for long. The time when Jules boarded the train despite Rue telling her not to at the end exacerbates her budding feelings for Jules. Later on, while an intimate scene between the girls was going on, Rue had to fake her emotions. By the end of season 2 a clear difference between what Rue felt for Jules earlier and then has been made evident.

Is Rue a girl?

Her gender has been described as non-binary by Sam Levison.

How many episodes of Euphoria are there?

There are two seasons comprising eighteen episodes of Euphoria.

Who played the character of Rue?

The character of Rue is played by Zendaya.

Whom does Rue fall in love with?

Rue falls in love with Jules in the series.

What is Rue’s real name?

Rue is short of Ruby Bennett.

Is Rue a lesbian?

Yes, Rue is a lesbian.

MUST-READ| Is Troy Aikman Gay? Did The Footballer Ever Reveal What He’s Into?